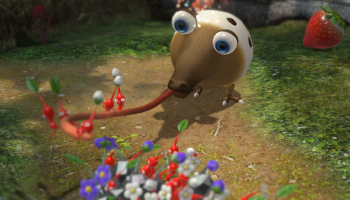 Shigeru Miyamoto has not only confirmed the existence of Pikmin 4, but also that the title is “very close” to being completed.

Speaking to Eurogamer recently, head designer Shigeru Miyamoto stated that the next entry in the Pikmin franchise is “very close to completion.” The platform has not yet been revealed, leaving us to wonder if Pikmin 4 could see a Wii U release, or if the title will be held back for the next generation NX platform, which is due to be detailed in 2016.

“It’s actually very close to completion,” Miyamoto said. “Pikmin teams are always working on the next one.”

Nintendo then confirmed the news to Eurogamer in a separate statement: “We can confirm that Pikmin 4 is in development but that is all we can confirm at present.”

The announcement itself is a bit odd: the article has a publish date of July 9th and a URL date of July 20th, but it did not appear until today. Eurogamer stated that a hold was requested by Nintendo.

The original Pikmin released in 2001 for the Nintendo GameCube, with the sequel coming three years later to the same platform. Pikmin 3 was not released until 2013 for the Wii U.

Prior to Pikmin 3‘s release, Miyamoto criticized the methods used in the second entry’s creation, saying “Our main aim in Pikmin 2 was to get rid of any stress as much as possible, so that it would be very user-friendly. Well, I myself couldn’t agree with that direction perfectly. That kind of nature of Pikmin 1 was exactly what I wanted to reproduce and I was actually intentionally doing so, so that Pikmin 1 could be a strategic game.” With Miyamoto still involved, it’s likely the fourth title will retain that strategic element.

Google Cracks Down on Adblock