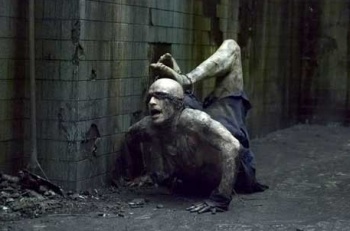 Work on the Silent Hill 2 film has “stalled,” according to producer Don Carmody, because of screenwriter and director Roger Avary’s 2009 conviction and prison sentence for vehicular manslaughter.

Released in 2006, the first Silent Hill film apparently did well enough to earn a sequel but things got muddled when Roger Avary, who wrote the script for the first film and was set to write and direct the follow-up, was arrested for DUI and vehicular manslaughter following a car crash in which one of his passengers was killed. He pleaded guilty in August 2009 and was given a one-year sentence, leaving the Silent Hill 2 project dangling in the process.

“[Silent Hill 2 is] a little stalled now because of [writer/director] Roger Avary’s [legal problems], so a little unsure yet,” Carmody told Fangoria. “The original plan was Roger writing and polishing the screenplay, and when he had finished his thing, we’d begin full-blown pre-production. I’m not sure what’s going on with that. We know we want to make Silent Hill 2 and have a basic outline for it. We’ll have to see.”

Avary was originally sentenced to one year of work furlough, which would have allowed him to work on the film during the day while reporting to a facility for incarceration on nights and weekends, plus five years probation, but was taken into full-time custody after he was discovered tweeting about life in the slam.