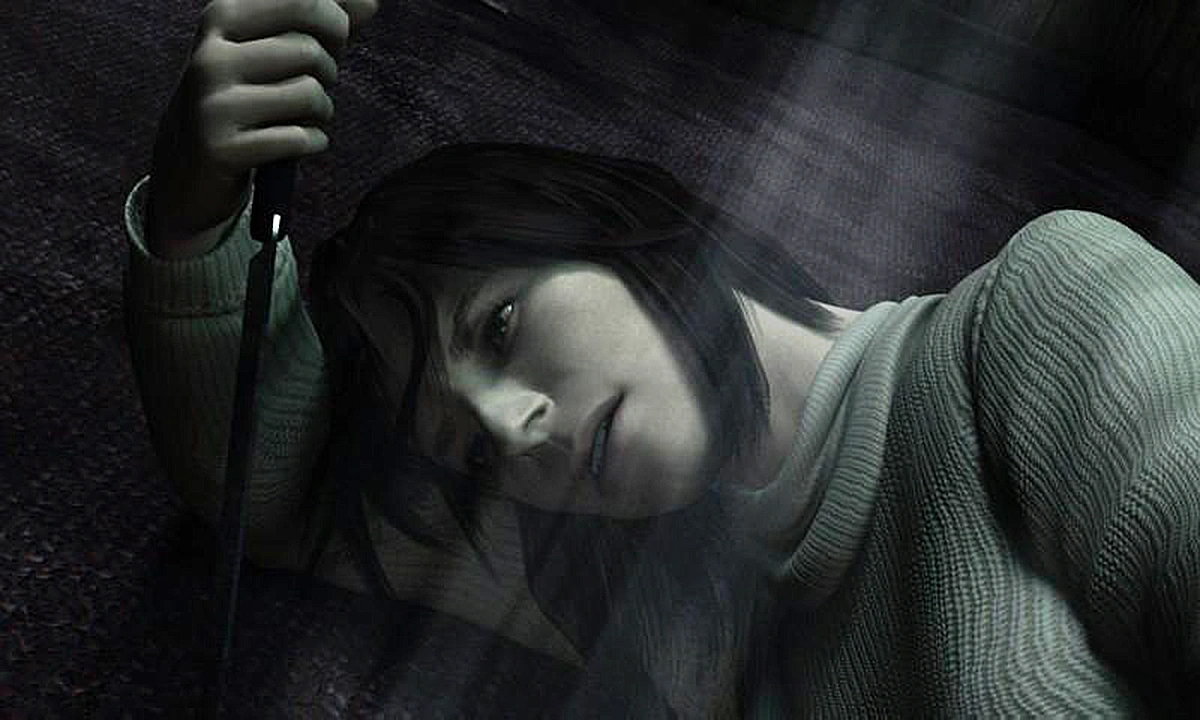 Silent Hill 2 is renowned as a masterpiece. Some enthusiasts may even argue it’s the greatest game of all time, no small feat for a title released in 2001. Many attribute this to the dramatic difference in tone compared to the other mainline titles. Whereas they invoke the aesthetics of physical torture, blood, rust, and pain to an almost Barker-esque level, Silent Hill 2 takes the “softer” and moderately more cerebral route of guilt, disgust, emotional trauma, and decay: decay of one’s will to live, decay of the mind, decay of the soul, and decay of the surrounding world as you, yourself, wither away.

No character is more emblematic of this tonal shift than Angela Orosco, the first human James Sunderland meets upon beginning his search for his missing wife. Angela’s story is a heartbreaking portrayal of childhood abuse and subsequent mental trauma unheard of in game narrative at the time — and unmatched even now. Set piece by set piece, the game shifts her from wide-eyed and neurotic young woman to a fiery and mentally anguished accuser who functions as a dark mirror for James. It all begins in heavy fog, in a long-forgotten cemetery, with Angela scanning tombstones and searching for her mother.

“I’m looking for my mama… I mean my mother…”

Angela’s uncomfortable, stilted delivery when she speaks to James for the first time telegraphs her neurosis. She also exhibits well-used vocal tics that are common among abuse survivors and sufferers of illnesses like post-traumatic stress disorder. When approached, she recoils instinctively and apologizes immediately. “I’m sorry,” is a constant refrain from her throughout the game, and in the real world, it’s a tell to recognize someone who’s suffered heavy abuse in some form.

Angela’s trauma is also present through her physical appearance. Though she has the clothing, figure, and general outward aesthetics of a woman in her mid 30s, this is not factually the case. Angela Orosco is actually 19 years old, barely out of adolescence but weathered by abuse physically and mentally.

No one will ever know what Angela actually sees when she looks at herself in the mirror, but we get a small glimpse of what it may be when James next encounters her in a barren, mirrored room.

“You’re the same as me. It’s easier just to run. Besides… it’s what we deserve… Are you afraid?”

Angela traumatically disassociates heavily as a result of an upbringing with an abusive alcoholic father. As she stares at both herself in the wall-sized mirror and a bloody knife in her hands, she seems almost hypnotized. She can’t remember what she was there for, can’t remember telling James anything; she’s barely there at all.

Disassociation is a common symptom of childhood trauma that, at an extreme level, can morph into what is now known as dissociative identity disorder, where alternate personalities emerge as a coping and compartmentalization mechanism. When James eventually snaps Angela back to reality, she panics and begs him to leave her alone, pleading, “I’m sorry… I’ve been bad… Please, don’t!” This refrain is repeated in the most harsh and disgusting set piece in the entire game, if not the entire series.

All monsters in Silent Hill 2 are avatars of trauma and suffering, but Angela’s guilt and shame birth something far more sick and violating than even James’ Pyramid Head or condom-esque nurses. Angela is accosted by the glistening, contorted embodiment of her worst nightmares: Abstract Daddy, the personification of her repeated rapes and sexual abuse at the hands of her father.

“You could just force me. Beat me up like he always did.”

Abstract Daddy is a sentient bed sheeted in mottled, thin flesh. This blanket of skin covers two humanoid forms, one large, one small. The larger body is that of a male adult covering a small child’s body, and between her legs a dark bloody patch stains the “bed.” It is rot and unnatural and a horrible, sickening weight on top of a small form perpetually screaming in agony. Its arena is no better. The walls and floor are rippled and decayed uterine-like flesh, punctured by lesions through which metal pistons pump ceaselessly in and out. Again. And again. And again. After its death, Angela needs to make sure “he” is dead and smashes a broken TV set onto its head in a rage, mirroring whatever went through her the night she stabbed her father to death.

This disgusting display has been retroactively made even worse by the designer, Masahiro Ito, who agreed with a sentiment in February 2019 that “Abstract Daddy is probably tame to James compared to Angela.”

“…Maybe you think you can save me? Will you love me? Take care of me? Heal all my pain?… Hm. That’s what I thought.”

So where is Angela’s mother in all this? If Angela has been going through this hell looking for her, one would presume her mother loved her. It certainly seems that way when James meets her for the final time on the burning staircase. Angela, fully back in the childlike state of voice we heard hours before, seems relieved to see James because she’s hallucinating he’s her mother. “Mama” is the only one left. Finally, Angela can rest.

But it isn’t mama; it’s James. So finally, Angela snaps. She accuses James of selfishness, of not really intending on helping her, of being disgusting and a monster. She would know, better than any one else in Silent Hill actually, because she’s known men like him before. She’s been hurt by them. She’s been raped by them. She’s killed them.

And the so-called help that people are supposed to give but don’t? Causing pain and agony the way James did when he smothered his wife instead of being there for her, making her feel loved and safe? She’s seen that too. Because the one person who should have been there in her nightmare of a childhood, her mother, stood by and not only did nothing, but put the entire blame on the little girl who could not have possibly done less wrong. Angela reveals that “even Mama said it… I deserved what happened.”

But no, she didn’t, nor did Mary deserve her illness and murder, but Angela was abandoned anyway and became the one person in the tormenting grasp of Silent Hill that did not deserve to be there for a single damned second. This poor young girl is wandering alone through hell with blood on her hands that she should never have to feel guilty about and shame and filth in her soul she never deserved, having atrocities committed upon her by an uncaring and vindictive world.

Angela hits home like a punch to the gut more than any character in Silent Hill 2, even with her comparatively short screen time, because of the time and care taken by the creative team to treat her trauma and pain with respect. She is real, heartbreakingly real. You see little girls like her on the news every day, but so rarely in media like video games. There is no one like Angela Orosco. No character ever comes close, not in impact or authenticity. It is the most sincere, loving, and kind portrayal of a mentally ill girl who just wanted to find her mom.

This nuanced and impactful portrayal is why, when Angela ascends the burning stairs to die alone, enveloped in the inferno around her, there are no jokes to be made. No satire articles exist for her, no off-color jokes, just respect and occasional tears.

And when Angela Orosco is on screen, nobody speaks.

Samantha Schorsch
Samantha Schorsch is a very loud writer from Chicago who specializes in horror and general media criticism. She has an MA in Writing from DePaul University, and will use all of these skills to rant about how Jason is indeed better than Freddy.

Marvel’s Avengers on PlayStation Exclusively Gets Spider-Man in 2021

Microsoft Store Is Getting a Redesign to Create a Better Experience