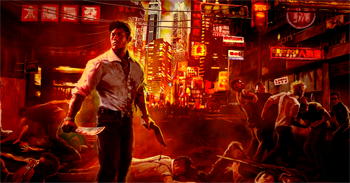 Headed to a farm up north where it can run free and play with the other online multiplayer games.

United Front Games has announced their intention to close the book on their online multiplayer-only underworld crime game Triad Wars, saying the game “wasn’t right for many.” The announcement was delivered in a post to the Triad Wars official forums.

The game, currently running in a closed beta, will go offline on January 20. For the remaining four weeks, in-game currency sold through microtransactions will be made freely available. Players who have already purchased currency remaining in their accounts may be able to get a refund, with United Front promising details on how in the near future.

Triad Wars was first announced by United Front in 2013 as a game set within the universe of the developer’s prior effort, Sleeping Dogs. The PC-only game entered its closed beta early this year.

The Banner Saga Still Bound for Vita With Sony’s Help