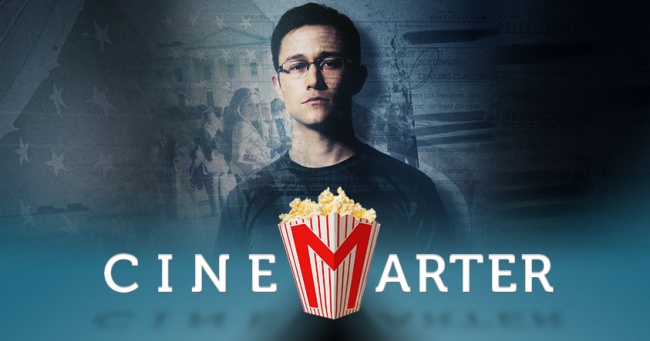 In 2014, a documentary called Citizenfour was released. Its subject: Edward Snowden, a whistleblower who helped make the public aware of the spying that was done by the NSA. Director Laura Poitras met Snowden in a Chinese hotel room, alongside a couple of other journalists, as he showed them what he had and gave it to them, allowing them to publish documents he had stolen which showcased the extent of the unauthorized surveillance. It played out much like a spy thriller, both as it explained to us how Snowden did what he did, but also because, at the time it was being filmed, there was the potential for all of them to get caught and arrested at any moment. That anxiety translated into the feature.

Now we have the narrative film, Snowden, which has been brought to us by director Oliver Stone. It’s set up much like Citizenfour – it has Snowden (Joseph Gordon-Levitt) holed up in a hotel room, it allowed Poitras (Melissa Leo) and a couple of journalists (Zachary Quinto and Tom Wilkinson), and details Snowden’s career as a computer expert, his stealing of the documents, and then what happens in the days after the journalists publish their stories. 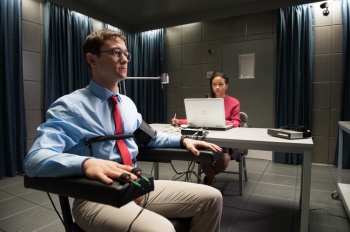 The key differences are that we have actors playing real-world people, and instead of simply telling us what happened, we get flashbacks to show us. We go from Snowden’s brief Special Forces pursuit all the way to present day, when Snowden can be seen giving talks via computer monitor. The final scene in the movie has the actual Edward Snowden show up, deliver a brief monologue, and be met with a standing ovation – just in case you were wondering on whose side of the story this movie stands.

Unlike Citizenfour, which is a thrilling tale, Snowden comes across much like a report done by an underachieving high school student. You’re not going to learn much more, if anything, beyond what you could find on Wikipedia, and it’s delivered in a flat, uninspired way. There are a few shows of emotion along the way, as the student gets angry about nothing much in particular. By that point, though, the class has largely dozed off, and the teacher’s already begun marking other projects.

[W]hen you already have a really solid movie – one that was released only two years ago – and you don’t really find your own angle, you come across as a redundancy. Snowden pales in comparison to Citizenfour.

The point is that Snowden doesn’t have a whole lot wrong with it, but it’s surface-level stuff. When we already have an excellent documentary about the subject, which came out just a couple of years earlier, isn’t this a redundancy? About the only thing that Snowden brings to the table is its focus on his relationship with Lindsay Mills (Shailene Woodley), which is a repetitive B-story, although it also contains the only points in which the movie really comes alive. Their big fight scene is Snowden‘s best moment.

And, no, you can’t ignore any comparisons to Citizenfour, as the film’s setup invites them. If you’ve seen the documentary, you’ll be thinking about it every time we go back to the hotel room. If you haven’t seen it, you might learn a few things, but you’ll take over 130 minutes to discover what would take a cursory five-minute Wikipedia page skim. Does seeing it in a lengthy visual form make it worth your $12? Well, maybe. That’s up to you. A rental of Citizenfour will be less.

Oliver Stone is still a strong technical filmmaker, so while his film isn’t particularly interesting, engaging, or informative, it does look good and its performers act admirably. Joseph Gordon-Levitt’s impression is sound, Shailene Woodley is solid, the trio of Melissa Leo, Zachary Quinto, and Tom Wilkinson are all sound. What’s missing is a hook, or a bite, or something onto which an audience can latch.

I keep coming back to this, because the film invites the comparisons, but when you already have a really solid movie – one that was released only two years ago – and you don’t really find your own angle, you come across as a redundancy. Snowden pales in comparison to Citizenfour. Instead of being informative, thrilling, or emotionally and intellectually engaging, it comes across as a flat book report. It’d be cheaper, faster, and revealing to just do a quick search on your own on the internet. Snowden has no reason to exist, and while there’s nothing technically wrong with it, there’s also little to keep you watching.

Bottom Line: A lifeless movie about an interesting individual, Snowden is technically accomplished but offers little more for the viewer.

Grab a One-Year Subscription to AceVPN for Less Than $28