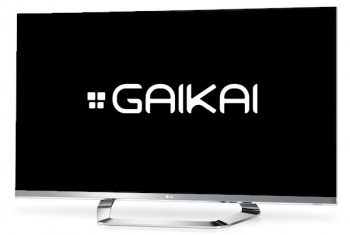 Sony takes its first step towards a cloud-shaped future.

Following speculation earlier this year that Sony was considering expanding its cloud-based gaming horizons, the company has now announced its acquisition of cloud gaming service Gaikai. Sony picked up the service and all of its accoutrements for the princely sum of $380 million, and will reportedly use them to launch a brand-new cloud gaming service of its very own.

House added, “SCE will deliver a world-class cloud-streaming service that allows users to instantly enjoy a broad array of content ranging from immersive core games with rich graphics to casual content anytime, anywhere on a variety of internet-connected devices.”

Grand as this sounds, Sony is yet to indicate exactly what it intends to do with all of this cloudy technology. Rumors are sure to abound, with many comments finding roots in the idea that cloud gaming will form an integral part of the hypothetical PlayStation 4. Much closer to solid ground are suggestions that Sony will use the cloud to stream PSOne and PlayStation 2 games to modern consoles (including the Vita), tablets, and televisions, effectively bringing backwards compatability to its new platforms.

With analysts having suggested that Gaikai would take in excess of $500 million when put up for sale, Sony could have stolen away with a decent deal here. If implemented correctly, a cloud gaming service that hooks up neatly across all of its hardware could be a serious asset for Sony’s current- and next-gen portfolio. Is this where the next generation of gaming is heading, and should we expect to see similar moves from the other big hardware manufacturers in the future? Set phasers to speculate, Escapists; we’re all ears.

Take Our “What Mythical Creature Are You?” Quiz!