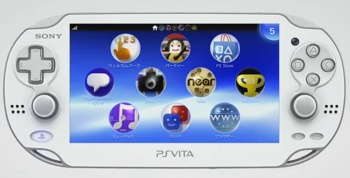 Sony aims to sell fewer than half of the handhelds it originally intended.

Whether it’s personal budgets or big business, you always want to keep your financial outlook realistic. Sony has had to do just that in regard to its Vita handheld. While the company originally set out to sell 16 million Vitas (and PSPs, although that system’s life cycle is effectively over), it slashed its expectations, first to 12 million, and then to 10 million. Declining hardware sales in Sony’s Q4 2012 have necessitated another adjustment: Sony intends to move only 7 million handhelds by the end of its fiscal year on March 31, 2013.

Sony cites “the slow penetration of the PlayStation Vita,” in the hardware market as the primary reason why it hasn’t sold nearly as many units as expected. Sales of the recently discontinued PS2 as well as the PS3 also decreased by over half a million units over the last year, further exacerbating Sony’s gaming financials. The major difference, of course, is that both the PS2 and PS3 are relatively old systems whose sales have most likely already peaked, whereas the Vita is a new entrant in the market. Sony considers the Vita’s flagging sales a “particularly important issue.”

On the whole, Sony’s revenue and losses have improved since last year, although this is more due to television and movie sales than anything related to videogames. It’s unclear how many Vitas Sony will have to move before April in order to reach a 7 million unit goal. With limited new software releases during that window, it may take something drastic to reverse the powerful handheld’s fortunes during this fiscal year.