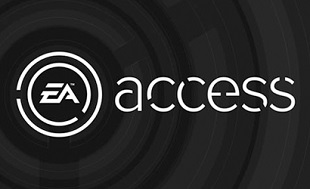 EA Access is Xbox One only because Sony believes a specific program from EA does not represent good value.

A Sony representative spoke to Game Informer and indicated that the company has no intentions of including EA Access on the PS4. “We evaluated the EA Access subscription offering and decided that it does not bring the kind of value PlayStation customers have come to expect,” the representative said. “PlayStation Plus memberships are up more than 200% since the launch of PlayStation 4, which shows that gamers are looking for memberships that offer a multitude of services, across various devices, for one low price. We don’t think asking our fans to pay an additional $5 a month for this EA-specific program represents good value to the PlayStation gamer.”

For $30 a year or $5 a month, EA Access subscribers can access a collection of EA games on Xbox One to download and play. The service is currently in beta and offers four titles: Battlefield 4, FIFA 14, Madden NFL 25, and Peggle 2. Other games such as Dragon Age: Inquisition and NHL 25 are coming soon to the program.

Sony could always change its mind, but it’s confident in its own PlayStation Plus membership program.

Neverwinter MMO to Hit Xbox One Next Year