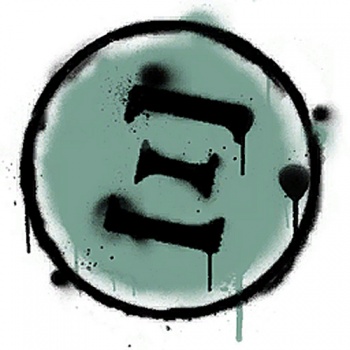 Bored of milling around virtual bowling alleys and making your PlayStation Home avatar do stupid dances? Check out Xi, an alternate reality game taking place inside Home itself.

Today kicks off the beginning of Xi, an alternate reality game that Sony’s running in PlayStation Home. So far things are, as is par for the course in an ARG, pretty cryptic. All we know is that Xi “takes place in a series of secret areas in Home – and beyond – changing day by day, week by week, in real time.”

If you want to take part, log onto Home, head to the Central Plaza, and look for the graffiti symbol pictured to the right. Step through the symbol, and you’re suddenly transported to brand-new area in Home, a place called The Hub, a zone that was previously used exclusively by Home alpha testers. Once in The Hub, you’ll be prompted to collect some pieces of something left behind by someone (yeah I told you it’s cryptic), a task which will eventually lead you all over Home and beyond looking for items and solving puzzles.

I haven’t gone through the thing myself, but I have read entire walkthroughs of the entire “mission,” and I have to say, I’m still pretty confused. If you find yourself hitting any walls, head over to the official Xi forum.

It could just be for fun or most likely some elaborate marketing scheme, but in any case, it’s nice to see that there’s something interesting to do in Home. Still, a bit weird to think that we’ve now reached the point where alternate reality games take place in alternate reality virtual worlds. How much more alternate can reality get?

Kid’s Toy Snoops On The Polizei