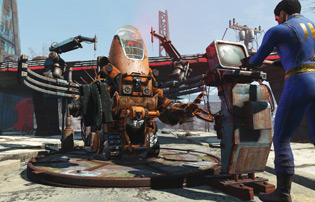 If you grabbed the Fallout 4 Season Pass when it was free on the EU PlayStation Store, you should check your game library, as it’s been removed.

Last Friday, the Fallout 4 Season Pass appeared on the EU PlayStation Store with everyone’s favorite price tag: Free. After a brief period in which gamers presumably snapped up the DLC in droves, Sony corrected the error. However, there was no word on whether they would honor the deal for those that had grabbed it before it was corrected.

Last night, we found out the answer.

In a statement to Eurogamer, a SCEE representative said of the error,

“The Fallout 4 Season Pass was briefly made available erroneously free of charge on PlayStation Store in the SCEE region on Friday 18th March. This was an error and has now been removed.

For consumers who may have tried to purchase the Fallout 4 Season Pass during this time, regretfully, these orders will not be fulfilled.”

It’s not a huge surprise that Sony revoked those orders. While these sorts of mistakes are sometimes honored, if you were hoping that you’d get today’s Automatron DLC gratis, you’re out of luck. Still, there is a silver lining. If you already downloaded the included Fallout 4 theme, you get to keep that.