“I’m an insect who dreamt he was a man, and loved it. But now that dream is over, and the insect is awake.” – Seth Brundle, The Fly.

Though barely two weeks-and-change old, the 2010 entertainment news scene already seems to have found its theme: Major talent being – to put it mildly – royally screwed over by seemingly clueless studio bosses in shockingly public displays. On the TV side, Conan O’Brien finds himself paying for NBC’s earth-shattering Jay Leno Show blunder, somehow being treated even more disrespectfully than even Letterman was the last time the Tonight Show changed hands.

On the film side, director Sam Raimi – under whose stewardship the Spider-Man movies set scads of box office records and likely spearheaded the creation of the superhero-dominated blockbuster landscape of 21st Century Hollywood – got into a highly-covered fight with Sony Pictures over the choice of bad guys for the upcoming Spider-Man 4. When it became clear he wasn’t going to budge (at least, not in time to meet a schedule start-date) Sony’s response was…decisive, to say the least. Sony killed the movie and the series – announcing that not only would they replace Raimi but completely re-start the entire franchise, with a new origin, a story following a teenaged Peter Parker in high school and – of course – an entirely new cast and continuity. Deadline Hollywood broke the story…
…and then the story broke the internet.

Spider-Man – at least, the Spider-Man whose story moviegoers around the world had been following since 2001 – is done for. The story is over. The giant question mark hovering over the relationship of Peter and Mary Jane will remain unresolved, as will the fate of the still-at-large Flint Marko, aka Sandman. Dylan Baker’s Dr. Connors character will never make his constantly-teased metamorphosis into The Lizard. Is Willem Dafoe’s Green Goblin as unable to remain dead as his comic counterpart? We’ll never know.

The implications are, even for the world of blockbuster moviemaking, staggering: A film franchise ranked as one of the all-time most successful, not even a full decade old, the last installment of which earned over $300 million in the U.S. alone and only came out 2 and a half years ago… is being “remade.” Not merely re-cast – completely rebooted as though it had been gone and forgotten for years already.

We won’t know for years exactly what happened to get the situation to this point (but make no mistake, this is a big one – books, plural, will be written about this) but it’s easily one of the biggest “WTF?” moments in modern movie history. Not only in scope, but also in how publicly it all played out over the last few years: Anyone with an internet connection and even a cursory interest in the Spider-Man movies has known since the week after the disappointing (but not as bad as everyone says it is, damn it!) Spider-Man 3 came out that much of the film’s now-legendary story and pacing problems came from the studio forcing Raimi to include the popular (but largely useless) character Venom as a secondary villain largely against his will. 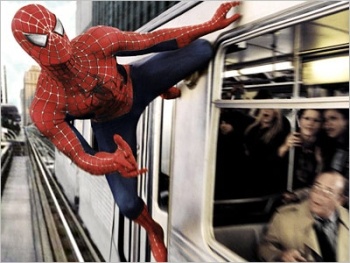 But, then, this had been the story of the series from the beginning: In the now-distant days of the millennial turn, fans were bracing themselves for – among other apocryphal permutations – the possibility of Freddie Prinze Jr. in a Chris Columbus-directed abomination, or Arnold Schwarzenegger as Doc Ock for James Cameron… and you don’t even want to know what kind of horrors were to be visited on Spidey’s costume.

The selection of movie-geek cult icon Raimi was a megaton bomb of heaven-sent good news to the “fanboy” set (I remember myself and four other ostensibly grown men, all of us on-duty video store clerks, literally jumping up and down for joy upon hearing the news) and the results were like some kind of dream: A lavish, heartfelt translation of the Lee/Ditko Spider-Man, complete with a perfectly cast Tobey Maguire in the most accurately-translated superhero outfit since Christopher Reeve. Raimi, so went the legends, had saved us all from what Sony Pictures thought a Spider-Man movie ought to be.

Subsequently, anyone also following the development of the fourth film had heard that the same old rift between director and studio was happening all over again. Still smarting from the mess the shoehorning of Venom made of Spider-Man 3, Raimi was (allegedly) keen to refocus the villain roster on the “golden age” 1960s Spidey-foes he preferred over 1990s “grim ‘n’ gritty” standbys like Venom (or Carnage, who’s basically Venom but somehow even less interesting); specifically The Vulture. This evidently didn’t sit well with Sony, and rumors flew that they were angling for the inclusion of Spidey’s comic paramour The Black Cat in the story – nevermind the fact that they just did “tempted by other woman” in the last movie (though, admittedly, the sight of the rumored Ann Hathaway filling out a flesh-and-blood Felicia Hardy would’ve certainly helped gloss-over a lot of story issues).

Whatever happened between flash-and-bang no one has (publicly) revealed, but the final result looks an awful lot like both sides calling each other’s bluff: Raimi walked away (presumably to dive into production on his World of Warcraft movie) and the producers immediately declared intentions for a back-to-school reboot of the series… which they already had a writer and script for! (Meaning, for those less-conversant with the business, that they’d been planning this in some form for likely several months.)

Even still, the maneuver on Sony’s part represents a rare confluence of cynical market-driven groupthink and legitimate risk taking: “Start over, cast younger” certainly worked (from a profit standpoint, at least) for J.J. Abrams’ slicked-up/dumbed-down Star Trek reboot (guaranteed to be the #1 example cited by Sony all the way through production on this new film), after all. But if nothing else, going for a full reboot rather than just continuing with or without the original cast (let’s face it – while a fine actor, Tobey Maguire isn’t the movie’s star, Spider-Man is) would have been a safer, less controversial move to mainstream audiences than outright starting from scratch. 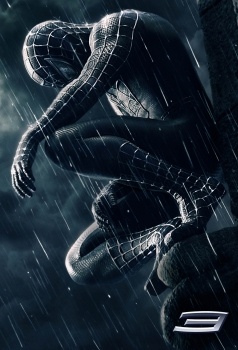 Theory and speculation as to the studios’ ultimate motive already runs rampant. Comic Book Resources, along with many others, sees shades of Brian Michael Bendis’ “Ultimate Spider-Man” in the ‘teen spidey’ angle (a wholly likely prospect that, quite frankly, makes me physically ill) while CHUD’s Devin Faraci offers a grimmer but also entirely plausible theory: Sending Peter Parker back to school allows Sony to turn the franchise into their entry on the Angsty-Teens-With-Superpowers Twilight bandwagon.

But… whatever. The net benefit of geek properties now being so entrenched in the popular culture is that likely disasters like this are no longer as devastating to fanboys (well, to this fanboy, anyway) as they are to the careers of the decision-makers. Fourth movie or not, Raimi’s films were never going to be the last movies about Spider-Man, and the same will hold true for the Smallville-ized, CW-style turd Sony is now fixing to polish. I’ll live to see good movies about Spider-Man again, and so will most of us.

Still, it’s all kind of perfectly tragic in its own way. Overall, the current blockbuster business is a kind of wish-dream for lovers of comic superheroes: A world where people are surprised when a movie about Batman doesn’t get nominated for Best Picture; where big-name Oscar-winning actors are campaigning for cape ‘n’ cowl roles instead of the other way around, and where a planned set of Iron Man, Thor, Hulk and Captain America movies all cross-over with one-another in a predetermined buildup to a giant-scaled Avengers film. None of this would be happening without the impact of Sam Raimi’s Spider-Man films, but now Spidey has to die on the mountain like Moses, watching his descendants cross into the Promised Land, tortured by Sony… much the same as I’m torturing this corny Biblical analogy.

In a way, watching this story unfold has felt like being a (minor) witness to a death – not of a movie franchise, but of a dream. While it’s unfair to judge something sight-unseen, it’s hard to not notice that the now-proposed “hip, young, with-it” Spider-Man sounds like exactly the kind of lowest-common-denominator tripe comic fans (and gamers, and otaku, and, well, genre fans in general) used to always have to prepare to see their icons reduced to by the studio machine… which is why, in turn, “we” were so elated that Sam Raimi had gotten the job and why his movies (the first two, especially) looked and felt like something out of a dream. Watching this slow-motion-implosion play out, on the other hand, is akin to waking from a dream and remembering that you don’t like the real world much at all.

Ah, well. Rest in peace, good Spider-Man movies. We never really know what we have until it’s gone

Iwata: Over 100 Million Miis Created in Japan and America