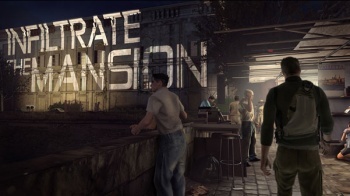 An incredibly ill-conceived publicity stunt for Splinter Cell: Conviction went wildly wrong over the weekend as police were called, warnings were issued and at least one “actor” came away lucky that he didn’t get pounded into goo by an irate mob.

Patrons outside the Degree bar in Auckland, New Zealand got a bit of a shock when a man with bandaged hands showed up, pulled a gun and started threatening people with it. People were shouting, diving behind tables and were “pretty terrified,” according to manager Steph Kurtovich.

But he was only kidding! The whole thing was just a stunt to promote Ubisoft’s new Splinter Cell: Conviction. Unfortunately, the gun apparently looked pretty real, according to Senior Sergeant Ben Offner, who said the police couldn’t tell it was a fake until they’d taken it from the guy. As you might guess, he was not amused.

“We consider these types of stunts to be very ill-advised and have real concerns a similar one may one day end in tragedy,” he said.

Marketing manager Duane Mutu of Monaco Corporation, which was promoting that game, said he feels the same way and shifted the blame for the mess on another marketing firm Monaco had hired for the event. “This was by no means an attempt to get cops down there and get this sort of exposure,” he said. “We do apologize, we shouldn’t have had guns down there. It was just marketing gone wrong.”

No kidding, Duane. Pointing guns at strangers is never a smart idea and in a booze-fueled environment like a bar at night, the actor involved is lucky nobody decided to be a hero and give him a righteous ass-kicking. Being a moron isn’t a crime in New Zealand, however, so when all was said and done the police merely cautioned two men at the scene.