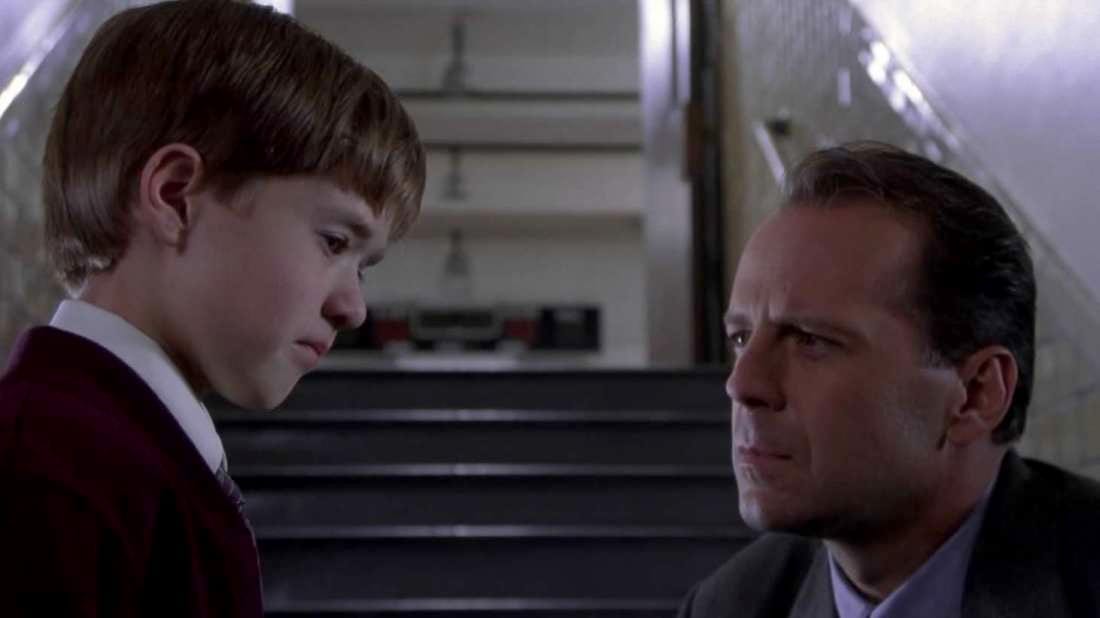 Picture this. It’s Aug. 7, 1999, the day after the premier of The Sixth Sense. You’re walking into the theater when you see your long-time rival, Billy the Bully. Billy walks out of the theater, you lock eyes, and ever so slowly, his mouth curls into a smirk. You know what’s coming. He knows what’s coming. And there’s nothing you can do to stop him. “Bruce Willis’ character is DEAD the whole time,” he sneers. “Good luck enjoying the movie, loser!” We’ve all been there before. The question is, what can we do about it? This week, I’ll consider if and when you can successfully sue someone for spoiling a movie, book, or game.

The first step in evaluating a potential legal claim is to hit the books to see if the claim has been made before. In my efforts to find precedent, I searched a legal database for “spoiler alert,” “spoil” in the same sentence as “end,” and for “spoil” in the same sentence as “emotional distress.” Unfortunately, my searches didn’t return any relevant results. I did, however, learn that courts issue spoiler alerts of their own, both to avoid spoiling movies, and, hilariously, to avoid spoiling the ending of the decision itself.

The fact that there aren’t any spoiler cases doesn’t mean a spoiler claim would fail. Instead, it means we have to develop the legal theory from scratch. Before we get to the claim itself, we must consider the nature of the harm caused by spoilers. Not everyone cares about spoilers. In fact, some people think spoilers actually enhance the moviegoing or book reading experience. Obviously those people are wrong and would not have a legal claim — but hey, to each his own.

For people like me, spoilers are the worst. Spoilers create two kinds of harm. First, there is an emotional feeling of loss, anger, or frustration at having missed out on an enjoyable discovery. The magnitude of this loss will vary from person to person based on their enthusiasm for the story, the nature of the spoiler, and the circumstances under which the story was spoiled. Was the story spoiled by Billy the Bully on the way into the theater, or by a spuriant comment on a Facebook page? Did someone spoil the ending to Avengers: Infinity War Part II, or was it the ending to “Drinking and Jiving,” the fourth episode of the ninth season of Family Matters?.

There is also a potential monetary loss caused by the spoiler. If I paid $12 to see The Sixth Sense only to have the story ruined on the way into the theater, I won’t get the full $12 experience. And if I paid $99.99 to see “Drinking and Jiving” in HD (yes, that price is real), you can bet I’ll be upset if someone tells me if Laura and Steve end up together at the end.

Conduct is extreme if it goes well beyond the bounds of normal behavior and is outrageous if it is very, very bad. As one influential legal text (the Second Restatement of Torts) explained, this requirement is satisfied where “the recitation of the facts to an average member of the community would arouse his resentment against the actor, and lead him to exclaim, “Outrageous!”  Among the nerd community, spoilers might meet that criteria, but it seems unlikely that an “average” member of the community would view Billy the Bully as “Outrageous!”  Of course, the conduct is more likely to meet that criteria if the perpetrator made an effort to spoil every movie, book, or show. If that happened, the claim would be not just for spoilers, but also for harassment.

The second element is even more challenging. In general, distress only qualifies as “severe” if it interferes with one’s ability to engage in normal day-to-day activities. An example described in the Second Restatement of Torts is someone inviting a woman to a pool party and giving her a bathing suit knowing it would dissolve in the water and leave her naked. While some people might equate having a movie spoiled with wear a dissolving swimsuit in front of a bunch of new friends, it seems safe to say that those people are in the minority.

Unfortunately, when we put aside our collective hatred of spoilers and consider spoiling behavior objectively, it looks like it would be nigh-impossible to mount a successful claim for the intentional infliction of emotional distress against our spoiler nemeses.

But take heart. Not all hope is lost! The elements of intentional infliction of emotional distress are evaluated according to community standards. If the average person’s opinions relating to spoilers change, then there may come a time where the spoiler-sensitive among us can have our day in court.

Until then, we can protect ourselves through the power of legally enforceable contracts. If we really want to avoid spoilers, we should put our money where our mouth is (or, more particularly, where the spoilers’ mouths are) and offer to pay our spoiler-bullies to keep their mouths shut. Of course, we’d also want to include a robust damages clause to account for the fact that the Billy’s of the world may feel an irresistible urge to spoil. This strategy is tried and true. In fact, major publishers and studios have used this strategy to punish media outlets for violating review embargoes and spoiling key plot points prior to release date.

Stay tuned for next time, when I consider whether you can sue someone for refusing to provide spoilers. (Spoiler Alert: Just kidding. But someone really did try to assert that claim).

Metal Gear at 20: How I Became Solid Snake