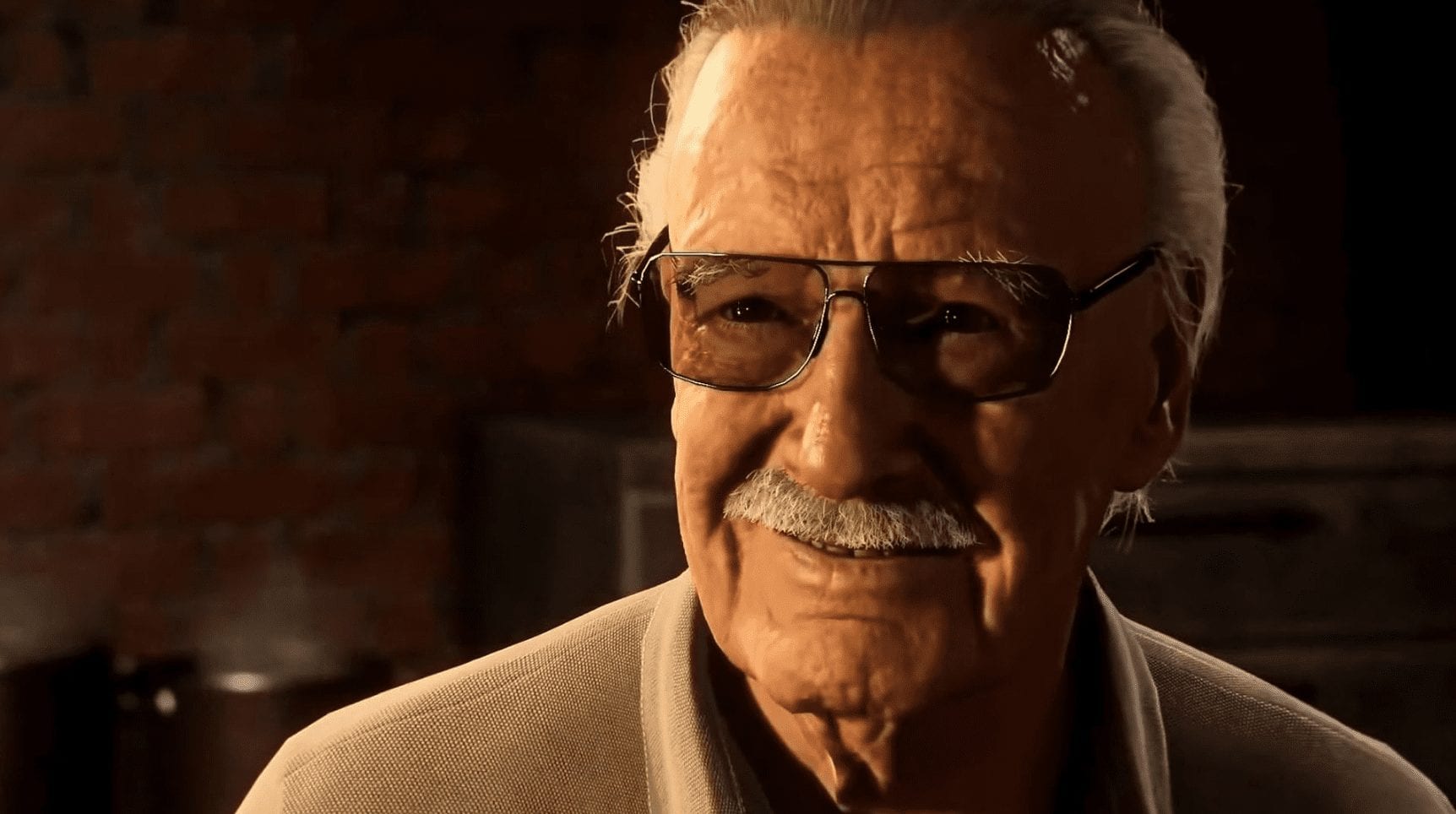 Whatever else movie audiences make of Disney and Marvel Studios’ Captain Marvel, it’s hard to imagine there will be a more predictable, potent, or sustained emotional reaction than the thunderous applause coming when it opens with the words: “In Memory of Stan Lee.”

It will be a moment that fans the world over have known, to one degree or another, has been coming for awhile now. Lee, who passed away on Monday at the age of 95, was described as “spry for his age” about as long as he was old enough to be described in any way as “for his age.” But in the year since the passing of his wife Joan Boocock Lee, there was  a clear decline in his health and public visibility — at least, in terms of personal appearances.

Even as Stan Lee the person seemed to retreat from public view, “Stan Lee” the character — the sly winking cameo in (almost) every Marvel movie, the background reference in hundreds of thousands of panels of comics published decades after he’d last written one, the name still coming up attached to new deals and product-launches — remained as ubiquitous as ever. He hasn’t actually worked for Marvel for years, but he remained one of the first people sought out to comment on an industry controversy. He’d shot years’ worth of MCU cameos in advance, ensuring his recurring presence (suggested in Guardians of The Galaxy 2 to be an omnipresent cosmic being of some kind) will outlive him in a sadly literal sense.

No one can say if that’s the type of short-term legacy Lee would’ve wanted — for all his notorious spotlight-chasing, he was a relatively guarded person in many respects — but it certainly feels appropriate. Above all else, Lee was the undisputed master illusionist of his medium, a natural-born genius of obfuscation and mythmaking with an inherent understanding of post-World War II pop-culture’s intense desire for the modern world to feel mysterious and larger-than-life again. Telling stories about men and women costumed as gods and monsters could be the foundation of the “big idea” rather than the endpoint.

When Lee and his early collaborators (Jack Kirby, Steve Ditko and so many others) were doing their definitive work, Marvel Comics was a handful of cramped offices turning out bottom-line content for publisher Martin Goodman. Lee told readers it was a “bullpen,” where a cast of characters as colorful as their superhuman creations knocked around ideas and hashed out stories in the fashion of a live TV writers room while he presided over them as a jaunty mascot/jester/booster. (In reality, Lee and the others mainly worked from home.) . Characters doing cameos in each other’s books wasn’t corporate cross-promotion, it was “The Marvel Universe.” Marvel itself wasn’t just a publishing imprint, it was “The House of Ideas.”

And it worked. Fans loved to follow the half-imaginary version of Stan Lee and his workaday world almost as much as they loved following the characters whose adventures he co-shepherded in those Marvel salad days. That mythologizing ensured him (and, to varying degrees, his colleagues) a level of public association and acknowledgment that had eluded the entire previous generation of comics scribes and enshrined Lee in the public vernacular alongside Walt Disney, Dr. Seuss, and Jim Henson. That fame came with a price: the broader media’s tendency to assign credit for the entire Marvel experiment to its most public persona (and Lee’s own acknowledged reticence in correcting the record) led to resentments among colleagues. Jack Kirby so objected to a New York Herald Tribune lifestyle piece about the Marvel offices that characterized him as something akin to human office furniture (versus Lee’s Leisure Suit Willy Wonka routine) that it likely fueled his departure to rival DC Comics.

Indeed, to call Lee’s legacy as a creator “complicated” would be putting it mildly. He lived and worked long enough to see his reputation undergo multiple metamorphoses. “Edgy” older comics fans of the ‘80s and ‘90s were often as devoted to the idea of “Stan the Man” as a credit-stealing huckster as their younger selves had been to building up his myth. But time and the 21st Century conquest of the wider culture by the Marvel brand with Lee at the head of it would introduce him to an entire new generation.At the same time, many of his industry peers were burying old hatchets.

In a sense, each new generation of Marvel fans got their own version of Stan Lee, rebooted alongside all the others: the original Silver Age readers  had their living font of ideas reporting from his own bullpen, the ‘70s knew the press-stunt and talk show fixture, ‘80s kids got the omniscient cartoon narrator calling them “True Believers,” and ‘90s trendsters got to see the first stirrings of his future cameo ubiquity in Kevin Smith’s Mallrats.

It’s easy to forget that Stan Lee was, in fact, the first and most successful Marvel character he created.His given name was Stanley Martin Lieber. He used a pen name for comics hoping to go back to his “real” moniker as a novelist. He didn’t truly strike gold in the business until Fantastic Four — an assignment he felt free to do “his way” because he assumed that at age 40 he was on his way out of the business anyway.

But what cannot — should not — be forgotten, amid all the unpacking of the complex life that looms so large and interwoven with one of the reigning sects of our modern pop-mythology, is that whatever else Stan Lee was, he was a person.

He lived. He saw war, peace, tumultuous social upheaval, and monumental civilizational change. During those times when he had a platform to tell stories, he chose to tell ones that would challenge assumptions and confront darkness.

It’s telling that in all the disputes over who named the various Marvel heroes, picked out their costumes or settled on plot turns grand or incidental, there’s little argument that the desire to recast superheroes as flawed (often to an absurd degree) humans rather than idealized icons often came from Lee. (The seeming incongruity of Lee’s obsession with fallible humanity, Kirby’s tilt toward operatic-archetype, and Ditko’s Objectivist moral rigidity may have been the secret of their collaborative success.) He co-created characters who were often metaphors for bigotry and oppression, misfits who were as persecuted by the normal world as they were by supervillains; Lee himself famously used his “Stan’s Soapbox” to rail against the idea that political posturing and social commentary had no place in comics.

Stan Lee had lived a whole life (marriage, kids, military service, several careers) before he began doing the things he would become a legend for. He then lived a whirlwind of lifetimes for 50 years after that. In that context, it’s possible that most of us would never have gotten a real sense of the “real” Stan Lee even if he hadn’t been a master at creating imaginary selves. Millions of people felt like they knew him — maybe none of us really did. But the feeling is real, and it’s why we also felt like we knew Peter Parker, Ben Grimm, and the rest of his creations.

Very few creators can claim a legacy like that, complicated or not. And we won’t see another like this again.