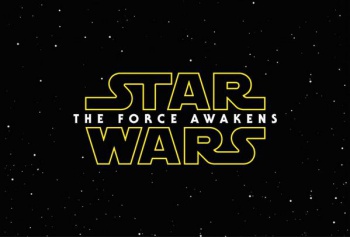 Star Wars: The Force Awakens won’t arrive for another year, but the first teaser trailer should hit within a few days.

It doesn’t matter how silly Star Wars: The Force Awakens title is, it will absolutely become one of the biggest movie events of 2015. The trouble is that outside of scraps slipping from the Lucasfilm set, we have very few official signs of what to expect. Apparently, that will change this week with a world trailer debut showcased at select theaters on Nov. 28.

The trailer itself probably won’t be much more than a teaser, considering JJ Abrams only just finished The Force Awakens principle photography. But with luck, it will offer some glimpse of information that fans have craved ever since a new trilogy was announced. Unless, of course, you’ve been reading through all the potential Star Wars spoilers already circulating the internet.

Star Wars: The Force Awakens‘ trailer will be screened from at least nine theaters from the Regal Entertainment Group, although rumors suggest that number could run as high as 100. The theaters are listed below, but we shouldn’t be surprised if a leaked trailer makes its way to YouTube sometime before Friday.