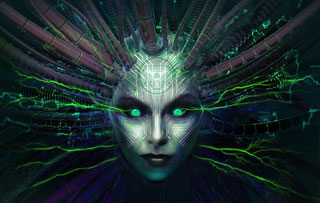 The newest installment in the System Shock franchise will be published by Starbreeze, and may even find its way to consoles.

Old school PC gamers know the name System Shock. The original game was developed by Looking Glass Studios, and published by Origin Systems in 1994. Produced by Warren Spector, and drawing heavily on cyperpunk influences, the game tossed you onto a space station in the year 2072. There, you end up going head to head with a malevolent AI named SHODAN. SHODAN returned in System Shock 2 in 1999, but the series had laid dormant for years until System Shock 3 was announced in December of 2015.

System Shock 3 is in development at Otherside Entertainment, a studio boasting a number of veterans from Looking Glass Studios. Of course, the development is under the direction of Warren Spector.

Yesterday, Starbreeze Studios announced it will be publishing System Shock 3 , and will be investing $12 million to bring the game to “PC and other platforms.” Starbreeze CEO Bo Andersson-Klint said of the announcement, “System Shock is one of those iconic franchises in the history of games that still gets my blood going and Mr. Spector is one of the founding fathers of the modern action RPG. We’re greatly looking forward to bringing System Shock 3 to players world wide in our collaboration with Otherside Entertainment and Warren Spector’s team. I’ll be first in line to play”

Under the terms of the agreement, Starbreeze will be able to recoup 120 percent of its full investment including marketing costs. Once that amount has been recouped, the publisher’s share of revenue will drop to 50 percent. Otherside Entertainment will retain 100 percent control of the System Shock 3 IP.

That “PC and other platforms” bit has led to some speculation that the game might eventually make its way to consoles, but for now, there’s been no elaboration on just what those “other platforms” might be. System Shock 3 has no set release date, and is said to be in the “early concept” stage. You can find more information on the game’s official site.

Outlast 2 Has Basically Been Banned in Australia