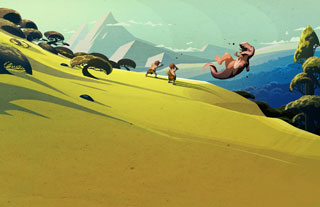 As was rumored earlier this month, the Steam Autumn Sale has kicked off today. In addition to the huge number of discounted games, Valve has also added something new this year: The Steam Awards.

What are the The Steam Awards? Well, they’re a group of awards that will be awarded in December, and will be nominated by Steam users between today and November 29. You can nominate any game from the vast Steam catalog for an award. Here are the award categories:

You can nominate any game you like simply by visiting its page in the Steam store. There are also badges to earn by completing tasks. You can find out more about the awards, the nominations, and the badges by checking out the announcement page on Steam.