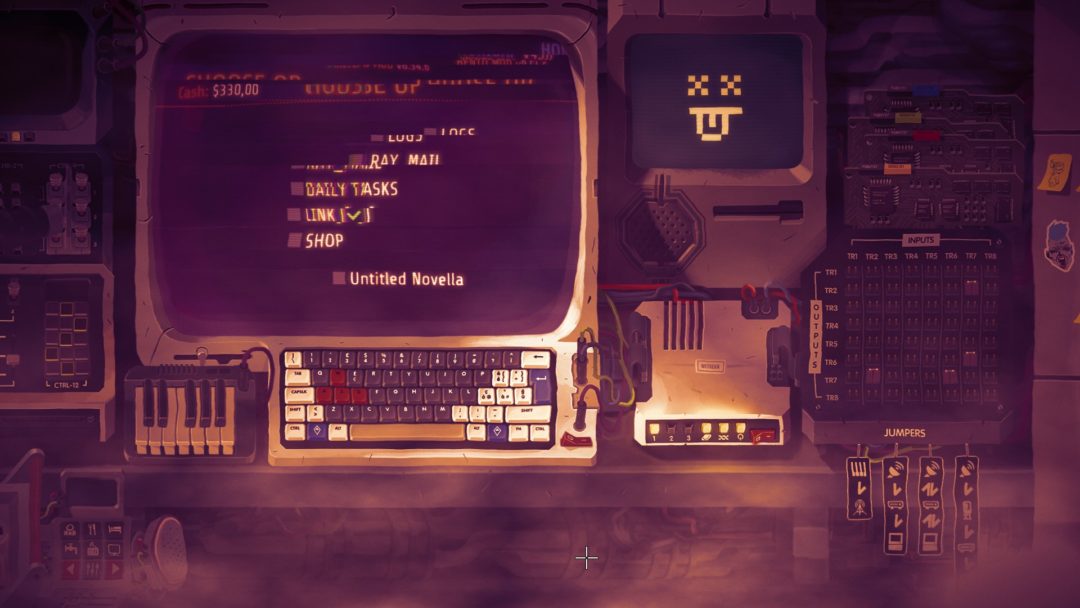 Still There will tell the story of Karl, who takes a job at the Bento space-lighthouse in mostly uncharted deep space. The position requires him to live in almost total isolation, performing routine maintenance and screening radio transmissions, until the monotony is broken by a mysterious transmission.

The game looks to lean heavily on brain-tickling environmental puzzles. In the game’s debut trailer, Karl flips through a weighty tome depicting all manner of technological gobbledygook, and the control panel of the lighthouse looks appropriately overwhelming too. One of Karl’s many goals in Still There will also be to “make the perfect Italian coffee,” perhaps using the talking coffee press he’s spotted with in the trailer, and lord knows making a perfect cup of coffee can be more difficult than it sounds.

The trailer also reveals the emotional tone of the game. GhostShark claims that Still There will “confront complex issues, such as depression and grief,” and the teaser’s solemn voiceover and allusions to tragedy in Karl’s past certainly back that up. That said, the game will also apparently feature “hilarious conversations” with the lighthouse’s wacky AI, so it’ll be interesting to see how GhostShark threads this emotional needle.

In a press release, Iceberg CEO Erik Schreuder said, “Our team is excited to work alongside GhostShark on Still There. It is one of those rare games that instantly became the talk of the office. Captivating, hilarious and seriously emotional, I consider Still There to be a strong addition to Iceberg’s catalog.”

Still There is coming to Switch and Steam this fall. Iceberg will also be releasing Shifting Tides’ The Sojourn around the same time.