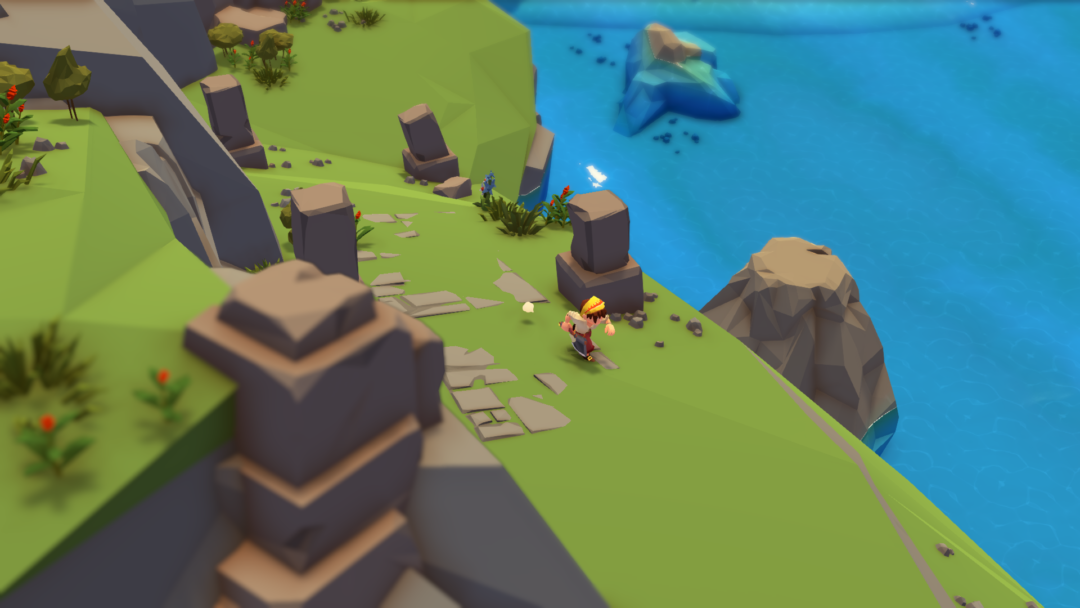 Nautical-themed games have historically focused on piracy and high-seas adventures, with titles like Assassin’s Creed IV and Sea of Thieves handing players a cutlass and a flintlock pistol and kicking them out to sea as quickly as possible. (There are a few outliers like The Secret of Monkey Island and Zack & Wiki, which focus instead on the distinctly unpirate-like activity of solving inventory puzzles.) Life on the rolling main isn’t all cannonballs and peg legs, though. In between the timber-shivering and sea-shantying, even the hardiest sea dog needs a warm bed and a bite to eat. That’s where Lemonbomb’s Stranded Sails: Explorers of the Cursed Islands comes in.

The hero of Stranded Sails is an aspiring seaman whose most ambitious journey to date goes south, leaving him and his crew shipwrecked in a haunted archipelago. To survive, ensure the well-being of the remaining crew, and eventually escape, players will have to carefully balance swashbuckling exploration with farming, cooking, and the construction and management of an improvised shanty town. To learn more about Stranded Sails, we talked to developer Lemonbomb Entertainment. The discussion touched upon the game’s Zelda influences, the rise of European game studios, and a fondness for a certain SNES RPG that North America never received. 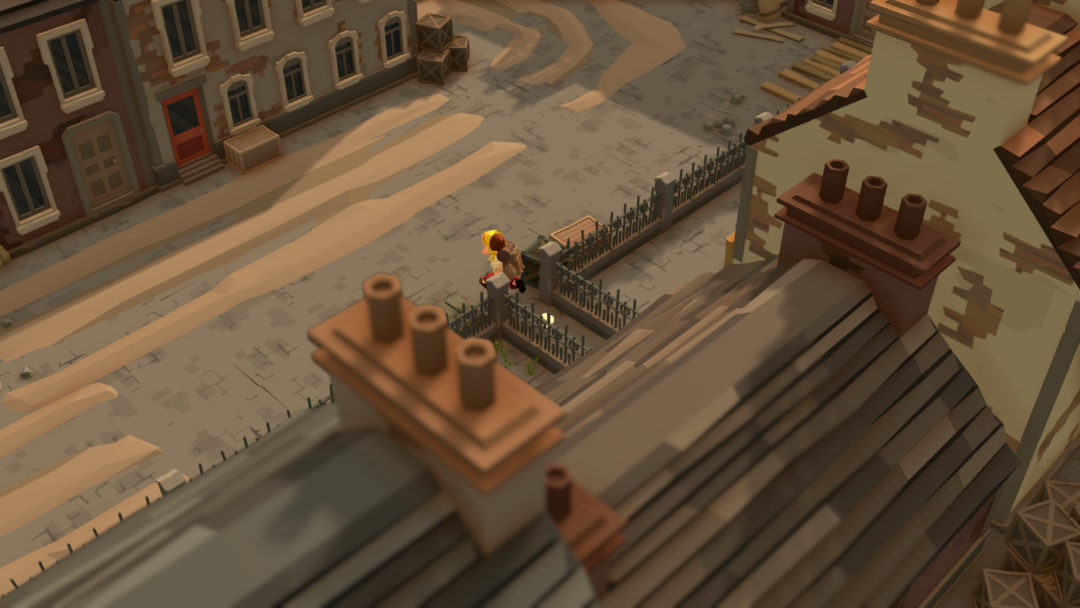 Tell us a bit about your development team. Who are you? What are your backgrounds in game development?

Roman Matuszczak: I am Roman Matuszczak, Creative Director for Stranded Sails: Explorers of the Cursed Islands. Thank you for this opportunity to tell you all more about the game and its background!

We are Lemonbomb Entertainment, a young dev team of five based in Düsseldorf, Germany. After completing our game design studies four years ago, we decided to set up our own little studio. Our goal is to create fresh and juicy games that are colorful and combine intelligible game mechanics with new ideas. Since the release of our debut title Nova Nukers! last year, we’ve set sail for a new gaming experience and are working on Stranded Sails: Explorers of the Cursed Islands. We’ve learned a lot during the development of the two titles. Still, it feels like we’ve just scratched the surface of what it means to make great games!

Your last game, Nova Nukers!, was a fast-paced action game with zany characters and a party atmosphere. What made you want to slow down and chill out for Stranded Sails? What, if anything, would you say the two games have in common?

Matuszczak: Our partner rokapublish approached us with the core idea for the game: farming, stranded on a tropical island. With further development of the idea, we threw exploration and quests into the mix and the result is Stranded Sails: Explorers of the Cursed Islands: an open-world farming adventure.

By combining adventure and farming elements we intend to create as diverse a gameplay experience as possible, both exciting and relaxing. You can thus decide to a certain extent whether you prefer to slow down and chill out or embark on an adventure. What translated over from Nova Nukers! is our focus on creating colorful worlds and characters as well as smooth controls and gameplay mechanics. 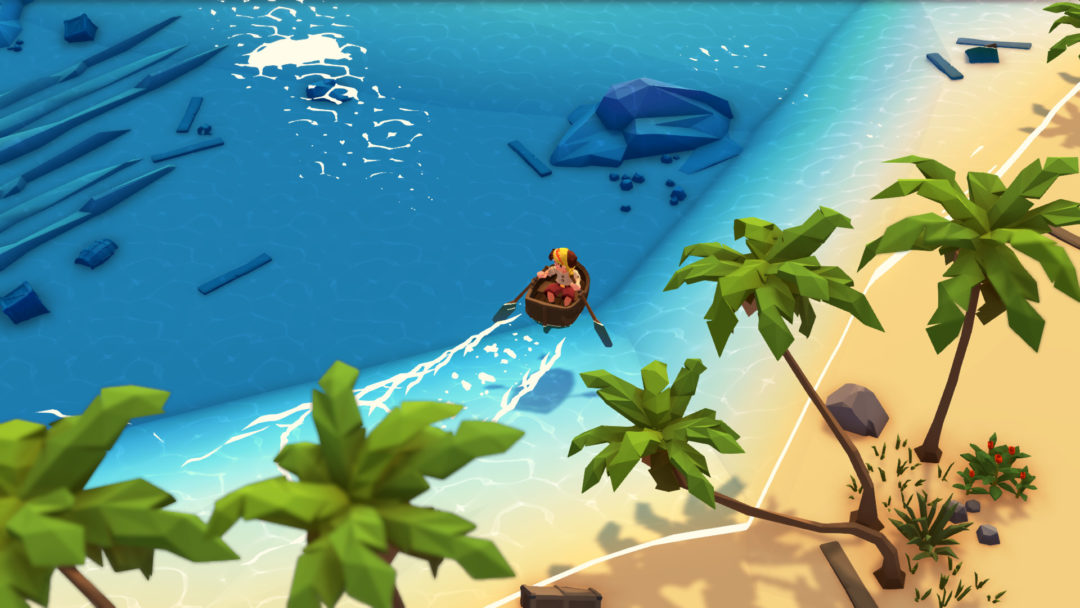 Can you tell us a bit about the core gameplay loop in Stranded Sails? What’s the main goal?

Matuszczak: In Stranded Sails, you and the crew of your father’s ship are on a journey to the other side of the ocean, but you shipwreck on a mysterious archipelago. After waking up on a lonely sandbar, you find some members of the missing crew.

With their help, you set up a small survival camp and farm. Here you prepare yourself for your future exploration trips by farming, fishing, and cooking meals to take with you to replenish your energy. This is essential because energy is the core resource that defines how long you can venture out into the wilds for before having to return to your camp. With each new ingredient you discover you will be able to cook more energizing meals, allowing each of your trips to last longer.

As your ultimate goal is to leave the islands and continue your journey, you search for the remaining crew members scattered across the islands. You will soon discover that these islands are more mysterious and dangerous than they seem and that not having a ship isn’t the only thing that prevents you from leaving.

Stranded Sails promises to have survival elements, with farming, cooking, and town-building all vital for the well-being of your crew. How challenging, or lenient, do you want the game to be? Are you going for the healthy challenge of something like Don’t Starve, or something more laid back, like, say, Stardew Valley?

Matuszczak: Stranded Sails is designed to be a relaxing gameplay experience with moments that — while not necessarily challenging you — do require your attention. We try to achieve this with a good mix of farming and exploration.

Farming is intended to be laid-back and easy, while exploration has you prepare with care for each journey with your rowboat. Cook and pack food and use your energy effectively while you are away from your camp so that you can do as much as possible before having to return.

The members of your crew will provide you with quests that guide you through the world, and there are many things to see and find while you explore the Cursed Islands. Discover new seeds, crafting components, or hidden artifacts and treasures to expand your farm and camp; learn more about the history of the mysterious archipelago or just collect all there is to find. 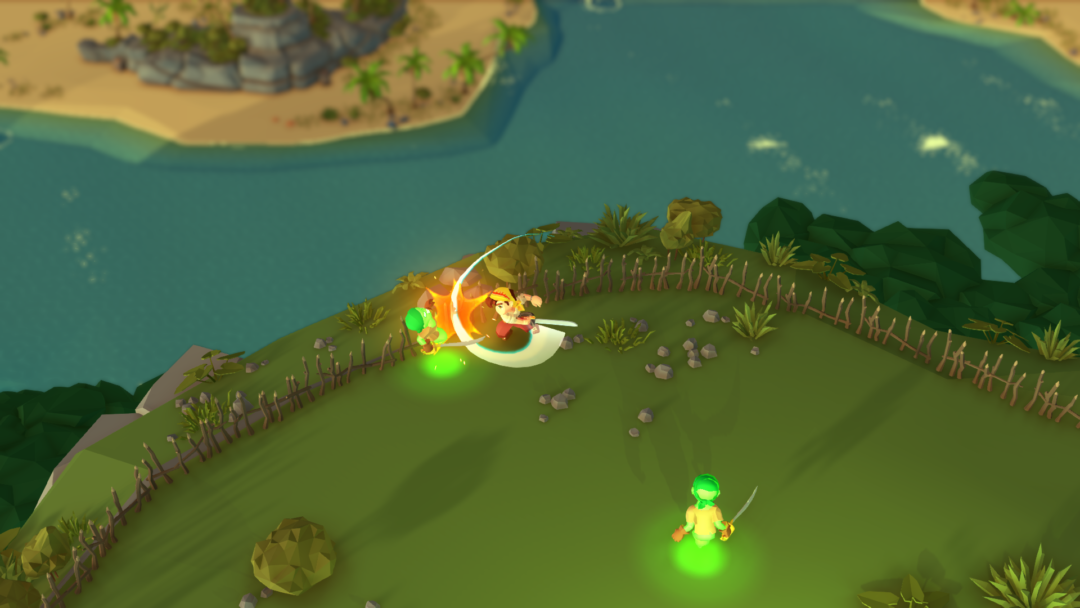 Is this game a single-player-only title or are there cooperative elements to it?

Matuszczak: Stranded Sails is a purely single-player experience, with no cooperative or multiplayer aspects.

Press releases for Stranded Sails describe the Legend of Zelda series as a primary influence. Did any one Zelda in particular have a stronger influence than the others? If so, why?

Matuszczak: There was no specific Zelda title that had a particularly strong influence on the game. What made the franchise such an important inspiration is the game feel we wanted to blend with our farming mechanics. We wanted to make a farming game that has you feel a sense of purpose, with a final goal that you can reach and a story that has an end, if you want it to.

On the Zelda influence, can you explain a bit more what that means for Stranded Sails?

Matuszczak: The main thing from the Zelda series that was an influence for Stranded Sails was the adventure aspect. We want you to feel like you are on a journey that becomes greater and greater the more you discover about the world and its mysteries.

Historically, video game development has been dominated by the United States and Japan, but European studios like Io-Interactive, Techland, Dontnod, and CD Projekt Red have released some of the biggest and most critically acclaimed games of the last five years. Are we entering a golden age of European game development? What do European studios do differently from their neighbors to the east and west?

Florian Mann, Lemonbomb CEO: The games industry as a whole is still very young, but especially here in Europe. So when you ask how we make games differently, I think the answer is that we only just recently started to make them. That means that many studios in Europe have some things to learn that the big ones overseas have already figured out.

Many big AAA studios have a global structure for example, with more and more European studios also starting to develop in and with studios all over the world. This, of course, helps to pull international talent to Europe and to grow the awareness for other European studios and their games. Lighthouse studios like CDPR help with this as well, of course.

So I think the European games industry doesn’t necessarily do things better or differently; it was just late to the party. It’s now at a point at which it can produce games that can compete with the other “big players,” making it more and more relevant and recognized by global media, players, publishers, and investors. 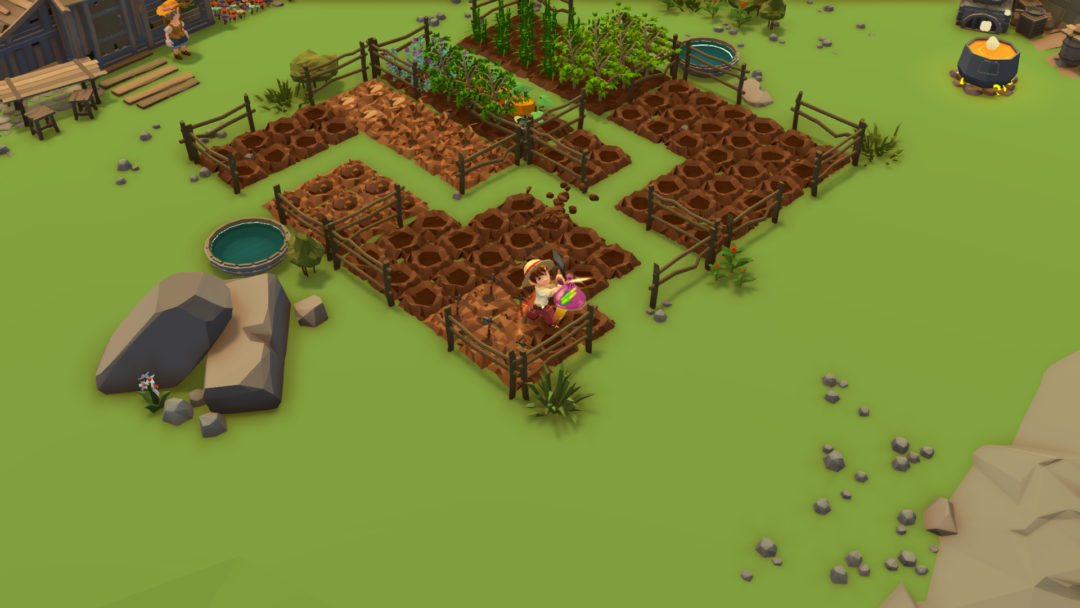 Finally, this one’s for Lemonbomb artist Linda Treffler. In your Lemonbomb site bio, you name the SNES action RPG Terranigma as your favorite game. Terranigma got a European release, but it has never come out in North America. What are we missing out on? Is there any Terranigma in Stranded Sails?

Linda Treffler: I was maybe nine or ten years old when I got my hands on one of the free club Nintendo magazines with the main spotlight on Terranigma. I can clearly remember that I fell instantly in love with the artwork (in-game and illustration-wise). I was so excited about this game that I convinced my uncle (who was the only one who owned a SNES at this time in my family) that he needed to have this game so I could play it! My uncle was also the main reason I came in contact with video games in the first place. My sisters and I sometimes spent our holidays with him, and so I got to play on the SNES, which led me to be totally excited about video games.

It was maybe one of my greatest summer holidays when I got to play this game and experienced an absolutely compelling story. I learned for the first time that your choices ultimately also have consequences. I remember how completely absorbed I was with this tragic and dramatic story that unfolded before me and the (for me at that point) huge game world — this was something totally new to me.

It’s difficult to say on what exactly you’re missing out, especially since this is quite the old game and it’s difficult to compare it with games that are released nowadays. Maybe it’s easier to explain what I (often) don’t like with more recent games I’ve played. The player gets pampered a lot. Choices you make don’t really have consequences. Characters who “die” a tragic death are somehow rescued and everyone gets a happy end. You get so much help in the game that you sometimes don’t even need to think for yourself on how to solve a problem. Terranigma doesn’t do that, at least in my opinion. Maybe it’s easiest to say it did that unspeakable thing that Final Fantasy VII did.

I think there is a bit of Terranigma in Stranded Sails when you look at the characters you interact with. They share a lot of their emotions and thoughts with you, and you grow really attached to them.

What are the planned platforms for Stranded Sails?

Matuszczak: Stranded Sails: Explorers of the Cursed Islands will release on PC, PlayStation 4, Xbox One, and Nintendo Switch in October 2019!

The 10 worst jobs to have in space