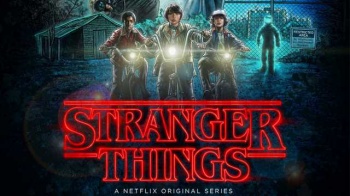 Netflix original series Stranger Things had an explosive first season, and the showrunners have much more planned.

Stranger Things, the Netflix original series about a secret shadow world and a group of kids who stumble upon it, had an explosive first season and was generally very well received. A second season is already in development, and due out this Halloween, but for those of you worried (or perhaps, hoping) that the second season will tie things up, showrunner Matt Duffer has confirmed they are shooting for “four or five” seasons.

“I don’t want it to be one of those shows that runs out of gas and they lose it because they’re losing interest,” Duffer told Entertainment Weekly. “You wanna end when you’re on top.”

Ron Duffer, expanded on the statement, saying that if there was a reason to continue past five seasons and it served both the audience and the show, they wouldn’t say no to extending the series.

He added that “Hopefully you’ll come to the end of season 2 and feel fully satisfied and want more but you’ll feel like it has come to a conclusion. But also we’ve laid the ground work for further seasons.”

Nintendo Announces DLC Pass for Zelda: Breath of the Wild