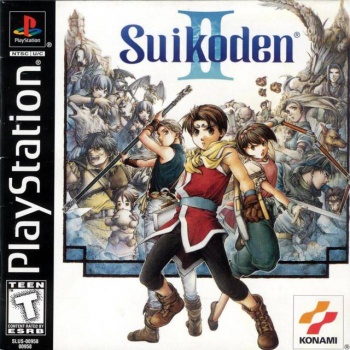 Two hard-to-find classic RPGs will soon be available on your Sony handheld.

RPG fans, rejoice: Suikoden and Suikoden II are coming to the PlayStation Vita. The news was just announced at the PlayStation Experience keynote, where it was revealed that the Konami role-playing games are some of the most-requested titles for the handheld. If you were among the fans clamoring for these games to make it to the PlayStation Store, you don’t have long to wait: both games will be available next week on December 9.

Suikoden was originally released for the first PlayStation in 1995, so it’s appropriate that the beloved RPG is making its way to another Sony platform almost 20 years later. Suikoden II followed a few years later, also on the PlayStation. A Suikoden II ESRB rating was discovered earlier this year, which seemed to point to a re-release, but this is the first time it’s been made official.

One of the great things about digital gaming on modern platforms is how accessible it makes games like these. The re-release of decades-old games may not seem like press-conference-worthy news, but for fans of classic RPGs, having Suikoden and its sequel readily available really is a gift.