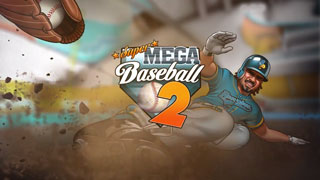 Indie hit Super Mega Baseball is getting a sequel next year that adds a number of new features.

Metalhead Software released Super Mega Baseball in December 2014, and the game turned out to be a big hit among sports fans. Although its representation of baseball was a bit over-the-top, it managed to be fairly accurate and super fun to play. Today, the indie developer has announced that it will release Super Mega Baseball 2 next year.

Metalhead co-founder Scott Drader said of the announcement, “With the launch of Super Mega Baseball we received an overwhelming and positive response from the community, confirmation of sustained interest in this style of streamlined gameplay in sports games, and some excellent feedback. That feedback was consistent with our roadmap for the product and that has made decisions on where to improve the game rather easy – we’re improving upon the original largely with the set of features most requested by the community.”

Those new features include updated graphics, better character models, and a more modern interface. You’ll also be able to fully customize your player, your team, and even your entire league with uniforms, logos, and more. The biggest addition, though, is online co-op and competitive multiplayer. Couch co-op remains from the original as well.

There’s no specific release date yet, but it looks like Super Mega Baseball 2 is set to build on the success of the original.

No Man’s Sky Under Investigation Over Claims of Misleading Advertising