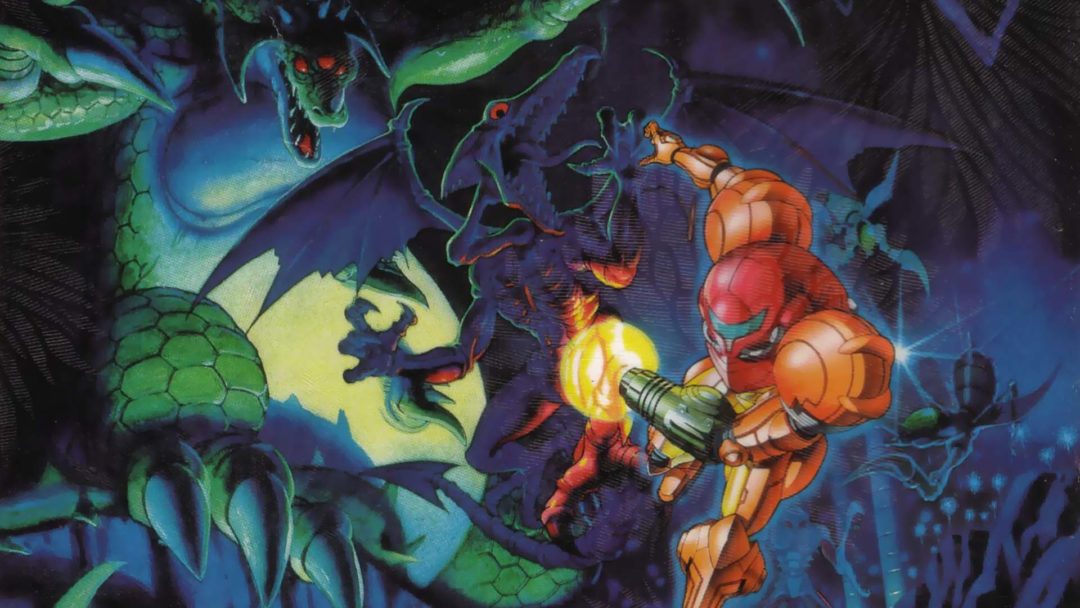 “When we try to pick out anything by itself, we find it hitched to everything else in the Universe.” – John Muir, My First Summer in the Sierra

Super Metroid haunts me at unexpected moments. Over the 25 years since it was released, Samus’ searching dive into Zebes doesn’t crop back up when I’m staring at the greening copper pipes below my house or when I’m relishing lonely science fiction about people solving impossible problems in improbable places. Nor do I find myself regularly thinking about Super Metroid specifically when I’m playing one of the dozens of its descendants that have become so prominent, creatively potent, and profitable over the past half decade. Zebes, the Space Pirates, and Samus’ hazy form taking heavy slow breaths as she idles in a super heated lava shaft far from home bubble to the surface over and over when I’m in the wilderness. When I’ve felt the warm rush of the Narrows in Springdale, Utah’s Zion National Park, when I’ve felt my ankles buckle hopping between river stones in West Virginia’s Dolly Sods expanse; its outside in the light that Yoshio Sakamoto’s enduring, shadowy masterpiece is still at its most powerful.

Super Metroid is many things: a remarkable puzzle box; a rousing story whose beats have survived thanks to their emotional clarity and universality; a snappy exercise in kineticism and fantasy weight. Nothing else moves like Samus Aran in Super Metroid, even Samus Aran in the dozen or so other games she’s appeared in since. But first and foremost, the game is a wild, incongruous space. Its greatest accomplishment is that it reflects the intoxicating indifference of nature while simultaneously funneling you through an entirely sculpted, intentional path without breaking that agrestal impression. Every time I walk into that first cave west of Samus’ spaceship on the planet’s stormy surface, I’m totally convinced of the threshold. Those spiny bugs scuttling left and right are there entirely for my benefit, but they don’t feel like it. They feel like they live there.

Anyone who treasures what we think of as the American wilderness will recognize this contradictory sensation. The Dolly Sods is explicitly a wilderness preserve, a chunk of West Virginian mountain and forest protected by even more stringent restrictions than your average national or state park. The Wilderness Act of 1964 states that areas like these must be “administered for the use and enjoyment of the American people in such a manner as will leave them unimpaired for future use and enjoyment as wilderness.” The idea is that legal wilderness won’t even have the paved walkways, visitor centers, or other flotsam we expect when we’re going to enjoy the outdoors. If you crap in these woods and you expect even a modicum of modern comfort, get ready to pack up your used toilet paper and carry it back out with you. Don’t leave rock circles for makeshift fire pits. Leave everything as you found it.

It’s a gorgeous, accessible place that hides unyielding pockets of land. Trails cut through the woods up forbidding ravines, giving way to stunning vistas. But it’s the places off the trails that are the most arresting. Sods — the elevated grassy plains the territory’s named for — and cranberry bogs can erupt on the other side of an innocuous tree line that you think will just lead to impenetrable brush. Their permeable, threaded surface stretches to the horizon. When you pass through a wall of trunks and cutting foliage, a wide open sky awaits. Simultaneously hypnotic in scale and solid as a concrete wall, it’s a sky you could crash into as much float out of. The smell of wild onions simmers beneath the metallic tang of the creeks. Red spruce reach to the sky like ecstatic sentinels protecting the needle duff below. That sensation of timelessness, of being somewhere unmolested by humanity, is stupefying.

But it’s just a sensation. Natural spaces — from the dinkiest town park to the 9 million acre Wrangell–Saint Elias Wilderness in Alaska — are not pristine in the way we imagine the pre-human world. Making one that is would be impossible. This isn’t just because air space is inevitably intruded on by aircraft, satellites and ambient light in the night sky, and the land is corrupted by inevitable if accidental pollutants like plastic and paper. Forget the countless invisible invasions and think more basic: the fact that I can walk into the Dolly Sods at all means that it is not true wilderness. Its primevality is entirely spiritual and human. We set the arbitrary boundaries of that space and crafted around them in a way that was as intentional as the development of Super Metroid’s map.

Like the Dolly Sods and every wilderness area, Super Metroid’s design offers a profoundly organic experience made more so by its proximity to civilization and its past. Zebes is pregnant with technological history, which both informs the story and builds out the larger world of the Metroid series. There are the stone hallways of Crateria, structures it’s implied are left behind by the weird bipedal birds that gave Samus a modular space suit that can be expanded with weird weapons and locomotive tools. Hidden rooms hide statues of those birds  and finding them unlocks precious upgrades that will let you explore more of the world. There are also new and old structures made by series villains the Space Pirates — bug dudes who apparently have a monopoly on interstellar despoliation in Metroid continuity — and you even pass through some Samus destroyed in the original game. On the eastern edge of the map is a derelict spaceship ruled by cyclopic ghosts, in the center a sewer system ruled by a morbidly obese dragon. The ultimate villain’s inner sanctum is protected by a statuesque lock system that inexplicably requires exploding four building-sized monsters before you can pass through. All of it is alien, artful, and mesmerizing.

All of these man-made structures in Super Metroid are surrounded by stretches of wild alien territory. Even the most artificial sections of the game feel like they’re being devoured by the flora and fauna surrounding them. A glass causeway shatters, and what was a functional passage is now just another stretch of watery darkness in the Maridia region of Zebes, all silt-covered chasms, undulating weeds, and freaky mollusks going about their freaky mollusk business. Beyond the steel passages and stone walkways in Norfair are bulbous channels seemingly carved out by old lava flows, fire-belching predators waiting in the walls. Moss-encrusted wells trap you at the bottom of the insect- and carnivorous plant-infested Brinstar until you learn that you can hop off walls from the furry little gremlins that live down there.

Every goal, every achievement in Super Metroid is enhanced by the impression that this world would keep functioning if you weren’t somersaulting through it firing missiles at the giant dragons mystifyingly employed by spacefaring bug thieves. The animals and plants don’t hurt you because they’re video game enemies in a video game space, but because they’re dangerous and territorial, and you’re marching through their habitat. That feeling is Super Metroid’s legacy 25 years later. The best games it inspired are infused with that same organic potency. Failing to capture that essence is why so many modern games that borrow its structure fail to feel as powerful as Nintendo and Sakamoto’s work. The coolest, most intricate map and the neatest weapons are no replacement for the sense of a living world.

There is the sense that, on a long enough timeline, the wilderness of Zebes would eventually reclaim every piece of developed land you see in the game. The bird statues and their treasure would crumble under encroaching vines. The spaceship would rust in the water already eating away at its hull. Time spent on its wild edges is as infinitesimal on the scale of the world’s lifespan as the time spent staring across a windy sod in West Virginia is on earth. For me, another person standing on that threshold between the natural and the human, both tap into a power that’s simultaneously ancient and artificial, supernatural and utterly terrestrial.