Developed by Cybernate. Published by Surprise Attack. Releases July 12, 2016. Available on PC, Xbox One, and PS4. Copy provided by publisher.

I had a months-long binge of indie couch co-op titles last year, but I never found time to talk about Super Mutant Alien Assault, which launches on July 12, publisher Surprise Attack just announced. I’ve sunk quite a few hours into it on PC thus far, and I didn’t even know it was heading to Xbox One and PS4 until the release date hit. Since my move out west earlier this year, I haven’t had much opportunity to play local co-op, but when I heard about Super Mutant Alien Assault‘s imminent release, I wanted to check it out again. Turns out, it’s still awesome. Even playing solo.

SMAA‘s combat platforming core benefits from the game’s levity and bright, contrasting color palette. Pixel graphics have been done to death, so it tends to be more important to do something distinctive, which SMAA nailed. The humor is evident on the Steam page, describing the game as, “The Citizen Kane of Super Crate Box clones…” a reference to Vlambeer’s earlier release. While I’ve never actually played Super Crate Box, it’s impossible not to glean some similarities, even at a glance. They’re owning the clone designation, which is great on its own, but the experience is classic, so it’s always entertaining, over and over. 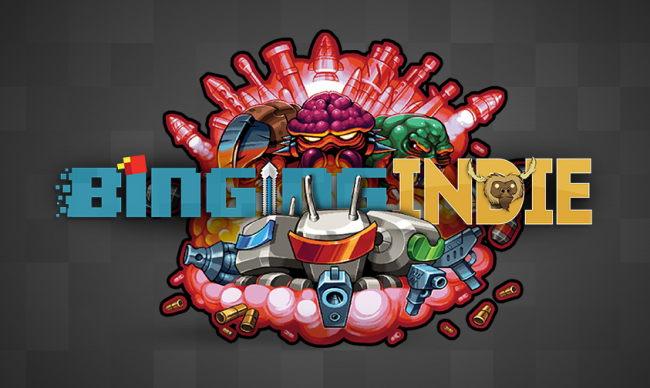 Something that SMAA does better than most is offer as compelling an experience in solo play as with co-op. Naturally, some kind of social aspect / human interaction adds an entire layer to the game experience, so it can be challenging to hit the right balance, but Cybernate got it right here. The solo play is a sufficiently distinct experience from the co-op play that they’re similarly enjoyable, just in different ways.

Solo mode is primarily an exercise in dexterity. The single-screen levels require combat platforming skills more than anything else during solo play, but co-op is far more about coordination than dexterity. With a limited output of weapons – gun and explosive machines offer a random item each time you activate them, though there is a cooldown to limit the rate – it’s important to make sure that as much of your squad is armed at any given time as possible. That means maintaining rotations on the machines turns out to be as or more important than skill to a large extent. While this is crucial for advanced co-op difficulties, normal difficulty is forgiving enough that casual players won’t find themselves frustrated.

SMAA doesn’t aim to do anything particularly novel, preferring to embrace the clone nature of the game and make that aspect as good as it can be. There’s no doubt they made the right decision there, as you’ll be hard pressed to not enjoy your time with SMAA.