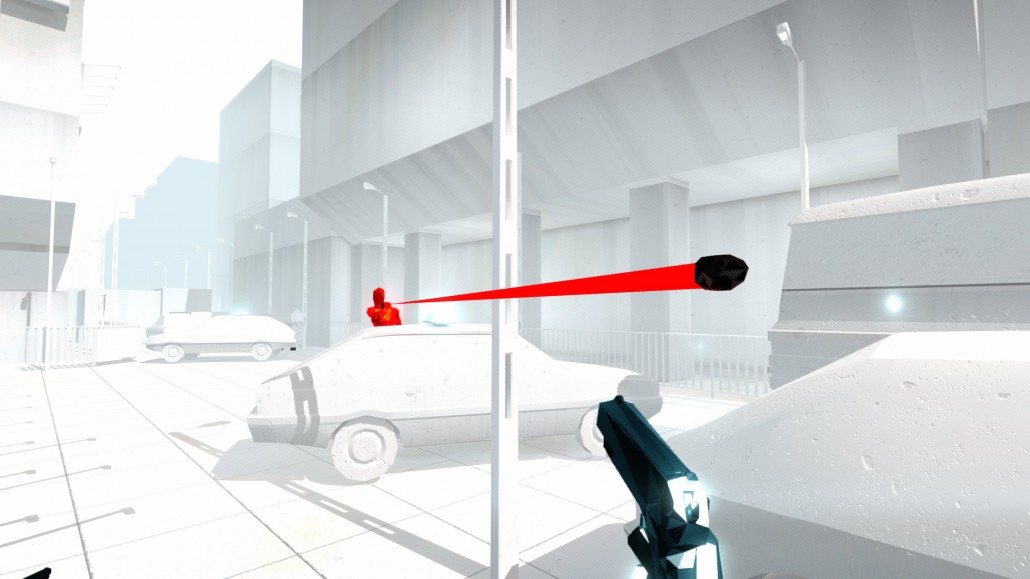 Superhot, the first-person shooter where time only moves when you do, is moving quickly towards an Xbox One release.

Developer Superhot Team has announced that Superhot, a first-person shooter where time moves when you move and slows when you stop, will be making its way to Xbox One on May 3. The game started as part of a 7 Day FPS game jam in 2013, was successfully funded on Kickstarter in 2014 (reaching full funding within the first 24 hours), and released on February 25, 2016.

The Escapist‘s Superhot review awarded the game 4/5 stars, describing it as “a shining example of how to build a game around a single clever game mechanic.”

“With time being controlled by the player’s actual movement, it turns the game into more of a first person puzzle game than a traditional shooter,” wrote Mitchell Saltzman. “Few games can match the level of badassery one feels when they can smack the gun out of the hands of one enemy, dodge the bullets of the other two, catch the gun in mid-air, and then proceed to pick them each off in a crowded elevator, then fire two more shots to take out the two enemies with shotguns waiting for you once the elevator doors open.”

This Giant LEGO Star Destroyer Has Room for TIE Fighters Inside