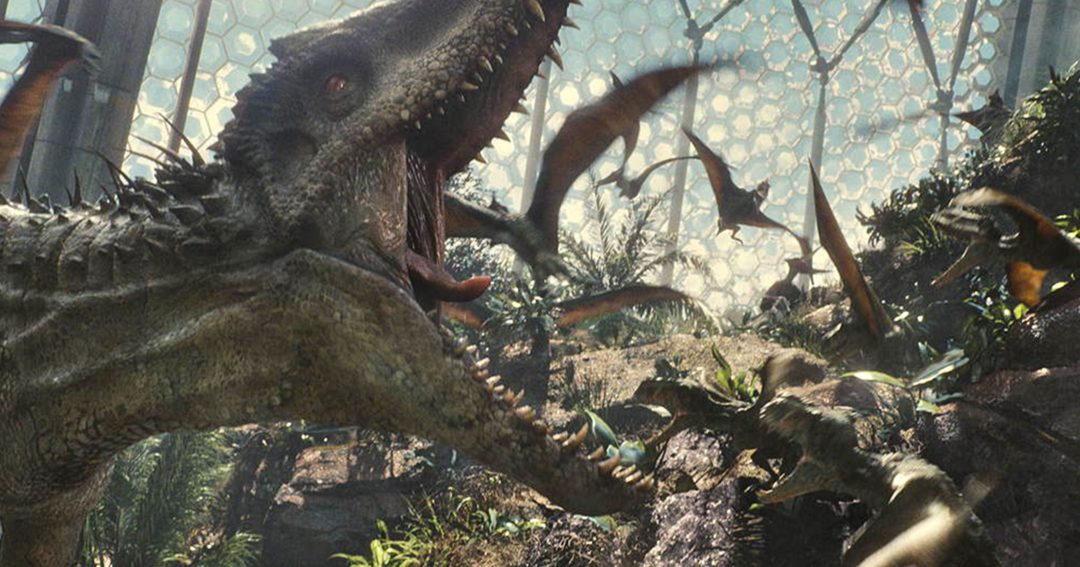 Trevorrow directed the short film, which is titled Battle at Big Rock and takes place a year after the events of Fallen Kingdom. If you recall, the end of that film featured all of the dinosaurs held captive being released into the wild. According to the director, it will be one of the first interactions between the public and dinosaurs and will feature two new dinosaurs: a Nasutoceratops and a grown-up Allosaurus.

The cast is composed of André Holland and Natalie Martinez, making it sound like the short film will have more of the horror elements of the franchise than crazy dinosaur action. Given the short’s 8-minute runtime, there will be little space for much else, really. Emily Carmichael, co-writer of Jurassic World 3, wrote the screenplay with Trevorrow.

It’s not unusual for short films to be made in conjunction with a big film releasing. Alien: Covenant did this as well. However, Jurassic World 3 isn’t landing until 2021. Usually these shorts are more a quick aside rather than a full-blown bridge between two movies, and they aren’t done by the same team making the film. Although, given the fact that the second film expanded the world of the franchise in a major way, it makes sense to make this short.

The Dark Crystal: Age of Resistance Is as Good as It Gets – The Big Picture