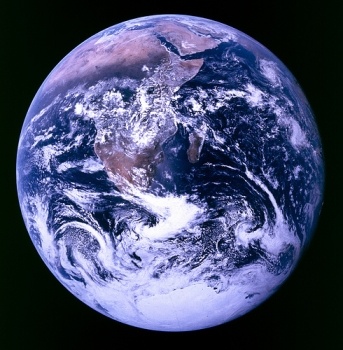 What do kids like more: the Earth or videogames? Take a wild guess.

This week, aircraft manufacturer Airbus released the results of a survey it calls the “Airbus Bio-Index,” which aimed to measure the level of importance children and teenagers place environmental issues at in their lives. The findings showed that kids love videogames way more than the planet they play videogames on.

The Bio-Index was conducted with more than 10,000 kids from 10 different countries ranging in age from 5-18. The results found that while 40% of the kids ranked watching television and playing videogames as most important to them, 4% ranked saving the environment the same way. So, while around 400 kids have an interest in looking after Mother Earth, 4000 just want to save imaginary princesses.

The survey also showed that 15% didn’t even know what an endangered species was, with 9% ranking protecting animals as an important task. On a positive note, 30% of kids said that going outside is their favorite activity, most likely because they own the Nintendo DS.

According to Airbus, there is “work to be done.” The results may show a strong disconnect between the world’s children and nature compared with electronic activities, which makes sense, because even playing Wii Music is more fun than getting all sweaty outside planting a shrub. The other issue, however, is how many kids are raised with blinders on to the urgent and usually depressing realities of life. Even though it might scare little Billy, telling him that the Earth won’t be a great place to live if not taken care of would probably be a good idea.