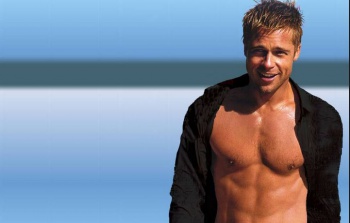 Using celebrity body parts and facial features, UK lingerie and sex toy retailer BlueBella held a survey asking both sexes on what the “perfect” body should look like for both male and female.

Ever wanted to know what the perfect male and female body would look like? Thanks to a survey conducted by UK lingerie and sex story retailer BlueBella, we now know the answer to both questions. The test group, which consisted of 500 men and 500 women in the UK, used celebrity body parts and facial features to “build” the perfect body from head to foot, and the results are a little surprising. Interestingly enough, the female demographic’s ideal body for women was actually thinner in almost every aspect than the male groups’ choices — save for the breasts. 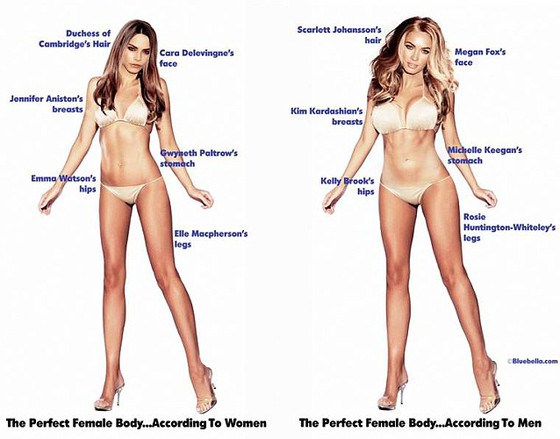 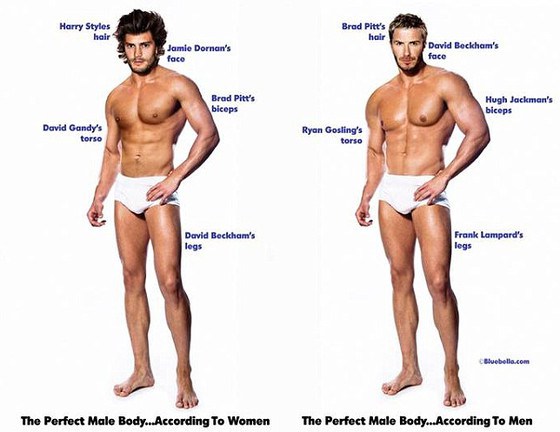 It’s important to note that the men and women surveyed were from the UK, that means there’s a high possibility that women and men from other parts of the world will have their own version of what the perfect body should look like for each gender. Also, don’t forget, that “perfect” and “beauty” are almost always in the eyes of the beholder, so there’s no one right answer.

Do you agree that the perfect male and female body should look like the ones pictured above? If not, what would your choices be?

Source and Image: BlueBella via AskMen