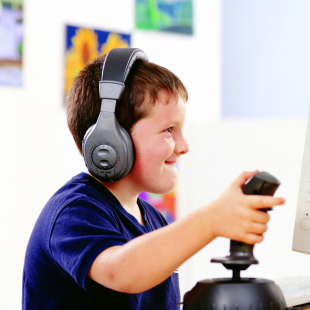 According to an ESA report, 56 percent of parents now believe video games are a positive part of their children’s lives.

Kids love video games. Parents hate video games. Politicians play into video game- based paranoia to score easy points with their aging, confused constituents. Such has it been since the earliest days of the game industry. Times, it would seem however, are a-changing, as new statistics are pointing toward a majority of parents now seeing video games as a potential positive in their children’s lives.

Said statistic originated from the Entertainment Software Association’s 2014 edition of its Essential Facts About the Computer and Video Game Industry. According to this year’s report, some 56 percent of American parents now look at video games as a positive activity for their kids. This was accompanied by several other figures pointing toward even more good feelings for games.

For instance, 68 percent of surveyed families also believed that video games can provide educational stimulation to the player. Likewise, the report saw an uptick in parents playing games with their kids and families playing games together as a group activity.

“Parents across America recognize the widespread benefits of video games, including education, mental stimulation, and the bonding opportunities they create for families,” said ESA president Michael D. Gallagher. “Video games are a favorite pastime enjoyed by men and women of all ages, and millions worldwide who share their game play experiences with friends and family.”

The ESA’s figures also suggested that parents are finally catching onto the whole idea of game ratings. Out of the parents questioned, some 95 percent said they now monitor their children’s gaming activities with 91 percent suggesting they are present during game purchases.

According to Gallagher, these changes are representative of the industry’s “unparalleled commitment to helping parents make informed entertainment choices” for their families. While that may be true, we can’t help but wonder if the gradual aging of gamers themselves might also have something to do with it. A lot of us are getting older, after all, and who’s going to be better informed about what games to buy (or not buy) children than experienced gamers themselves?