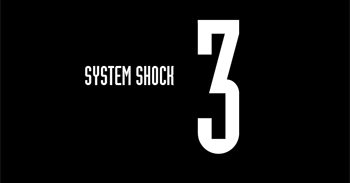 OtherSide Entertainment recently launched a teaser site with the rather on-the-nose domain othersidetease.com, featuring a countdown clock and a slowly changing image. It appears that the surprise has been spoiled, with another page discovered on the site featuring the title of System Shock 3, the OtherSide Entertainment logo and social media accounts, and a link to sign up for a mailing list.

Developed by Looking Glass Technologies and released in 1994, System Shock is among the most influential series in videogames, particularly in terms of story-driven, first-person shooters in science-fiction settings. A critically acclaimed sequel co-developed with Irrational Games, System Shock 2, followed in 1999 and the series would later serve as an inspirational foundation for 2007’s BioShock.

The System Shock property was later acquired by Night Dive Studios, which issued an “Enhanced Edition” of the first game this past September. A more thorough remake is also in development, including a plan to bring the series to home consoles for the first time.

OtherSide Entertainment, a company which describes itself as, “focused on rebooting classic game franchises,” already has its own relationship to the series. Founder Paul Neurath was a co-founder of Looking Glass and credited as Managing Director on System Shock 2. Tim Stellmach, Lead Designer of the studio’s other currently known project, Underworld Ascension (spiritual successor to another Looking Glass series, Ultima Underworld), also contributed design work to the first System Shock.