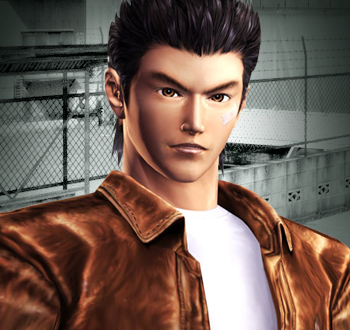 As much fun as petting kittens is, it’s the sort of activity that probably should be left out of most videogames.

As a rule, videogames are pretty good at making city life seem glamorous, dangerous, and above all else, exciting. Unfortunately, some developers forget that adding more realism is not the same thing as adding more fun, and in Issue 285 of The Escapist, Brendan Main says that reason the Shenmue games underperformed was because they didn’t know which parts of city life to leave out.

At the time of its release on the Dreamcast in 1999, Shenmue was unlike anything else. Billed as a “FREE” game, for “Full Reactive Eyes Entertainment,” it was touted as offering a level of player freedom unparalleled in the history of gaming. The game took place within the city of Yokosuka, giving you full reign to wander about, interviewing people and gathering clues regarding the mysterious man who killed your father. Pains were taken to give Yokosuka a vibrancy and depth – days would pass, and the weather would change based on actual meteorological data from the time period. Time would pass, and people would go on with their lives … [but] instead of giving us a city to be tested and battered against in all directions, Shenmue builds you a world and asks you to follow the rules rather than break them.

In the face of such civic orderliness, it’s no wonder the games descend so quickly to mundanity. Shenmue is a game that tasks you with discovering the ultimate secret behind your father’s murder, and then recommends you check out the many vending machines in the city – because with each purchase, you get a neat little plastic toy! It is a game where you race to assemble a set of relics to save the world, but you aren’t so pressed for time that you can’t save some kitties while you’re at it. It is a game that gives you an entire city as a playground, and then requires you to get a job driving forklifts at the wharf – not in some piddly minigame, but actual, grueling, repetitive labor. Shenmue, in its desire for breadth and verisimilitude, comes to combine the compulsiveness of Pokémon with the single-mindedness of Stacker Tuesday.

It takes a very special kind of player to enjoy having an actual job – and not a fun one like international spy or king of the wizards – in a video game, and that select audience just wasn’t enough to propel the first two Shenmue games to the best-seller list, or get Shenmue 3 greenlit. You can read more about it in Main’s article, “Lost in Yokosuna.”

EA and Valve Do a Deal for Portal 2