I’ve been sitting here staring at this page trying to think of something additional to say about those two rather shallow games I reviewed last week, and the well-tightened toothpaste tube of my feelings about them isn’t yielding a whole bunch. Neither of them call for much over-analysis, really. Rocket League is fun, but in a very simple, feature-deficient kind of way, like a game of Amputation Roulette. That’s where you and a group of friends tie lit sparklers to your ankles and kick a firework around the back garden.

Meanwhile, the most you can say about Tembo the Badass Elephant is that it is what it is. It passes the time in a way that wasn’t quite interesting enough for me to care that much. The only thing that still lingers with me is that it puts the word ‘badass’ in the title, and for that reason, I feel a strange sense of irrational hatred towards it. So that’s something; let’s over-analyze that. 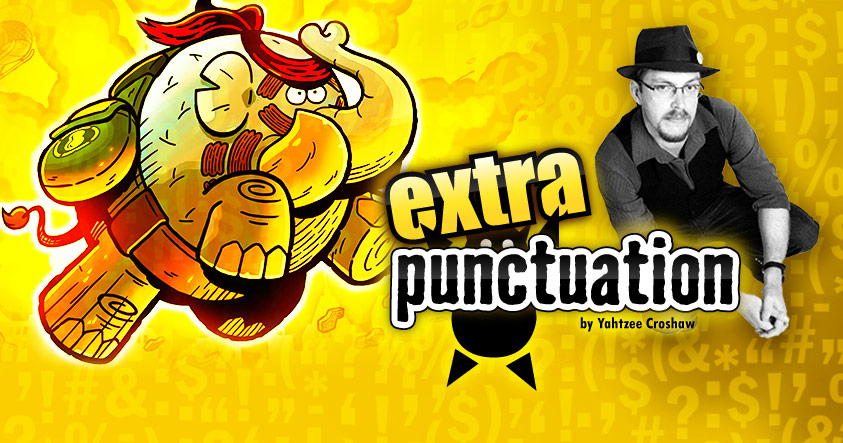 There’s something about anything that self-identifies with the word ‘badass’ that comes across as obnoxious and just a little bit desperate. In much the same way that the word ‘awesome’ will never be the same again. It was once reserved only for the most extraordinary of mind-blowing sights, was gradually reduced to mean ‘at least as good as getting through the day without getting punched in the stomach by random strangers’, and now mainly evokes in my mind images of Sunset Overdrive sitting looking pleased with itself like a cat next to a puddle of fish-scented vomit.

Apart from anything else, it loses a lot when you read it aloud in a British accent. “Bad arse” just doesn’t flow as well when it loses that punchy assonance. It’s like the verbal equivalent of a slowly deflating balloon. When I read “Tembo The Bad Arse Elephant” it feels more like I’m reading aloud the name of a children’s book about a mischievous elephant who learns a valuable karmic lesson when his scheme to give all the other jungle animals bum diseases ends with him contracting the worst anus infection of all.

‘Badass’ is also rather hopelessly quaint, since it’s rooted in that now rather tragically retro use of the word ‘bad’ to mean ‘good in a sort of thuggish way’. And I find that impossible to take seriously ever since it became associated with Michael Jackson. And Michael Jackson was only ‘bad’ if the meaning of the word ‘bad’ has shifted again to mean ‘prancing ninny’.

But it’s less the nitpicky issues I have with the word itself and more its prominent placement in the title. To self-describe as ‘badass’ (or ‘awesome’ of course) is lacking in humility, which if nothing else is tempting fate. If your game turns out to not be badass or awesome then it’s going to seem all the more ridiculous (see Awesome Possum). It is, however, something you can get away with if you’re doing it with an intentional sense of irony. Like if you made a game about a dreary balding man going to work at his accountancy firm, and called it The Incredible Journey of Captain Fucking Amazing. Because that’s got an air of sarcastic self-awareness about it. 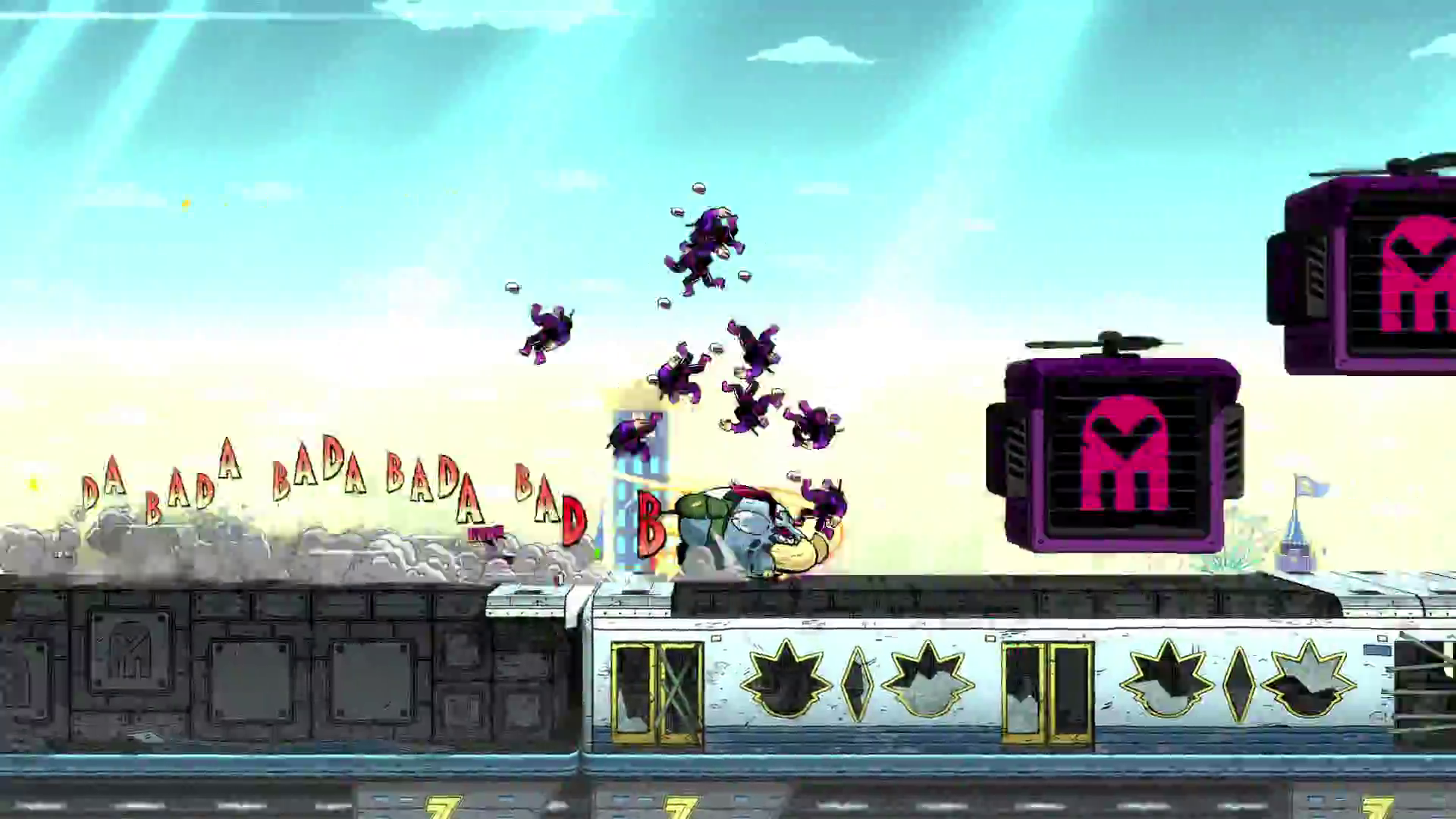 I’m presuming that was the intention with Tembo the Badass Elephant. It gets halfway there by picking an adjective that intensely overstates Tembo’s qualities, but this particular verbal plane would only have gotten off the ground if said adjective were being applied to something not usually considered to possess those qualities. Elephants don’t commonly put on war paint and go on commando missions, but they’re pretty badass in their own right. They are the world’s largest land animal and you’re in serious trouble if you get in the way of them when they’re protecting their young. The ironic self-aware thing to do would have been to call the game Tembo the Gentle Elephant, with all the violence and commando action intact. Or change the main character’s species and call it Tembo the Badass Sloth.

That might have at least avoided the fact that elephants are played out in the field of monkey-cheese random humor. It’s the territory of the kind of lame non-sequitur a maths teacher might make when you give them an answer without also giving the units. “20, sir.” “20 what? Elephants?” Everyone knows you’ve got to be a bit more creative with your random things in unexpected places one-joke concepts these days, or at the very least throw in a zombie pirate ninja or something.

Because, thinking about it, ‘Badass’ could well be the absolute worst word they could have used, whatever the intention was. If it was a matter-of-fact statement that Tembo is indeed a highly masculine elephant with whom you don’t want to mess, then the word’s just a little bit too kitschy and behind the times, evocative of the tryhard elder or Michael Jackson, as discussed above. But at the same time, it’s also not quite kitschy enough that its kitschiness becomes the joke, as would be the case if they’d used a word like ‘radical’ or ‘bodacious’. It’s ironically rather a wishy-washy word that still sits on a mediocre middleground between dynamic and endearingly lame.

On the whole, it carries a lot of weight for a word that essentially means ‘less than ideal bottom’.

Fox “Will Find Ways” to Use Fantastic Four

DiCaprio, Scorsese Are Teaming Up Again for ‘Devil in White City’