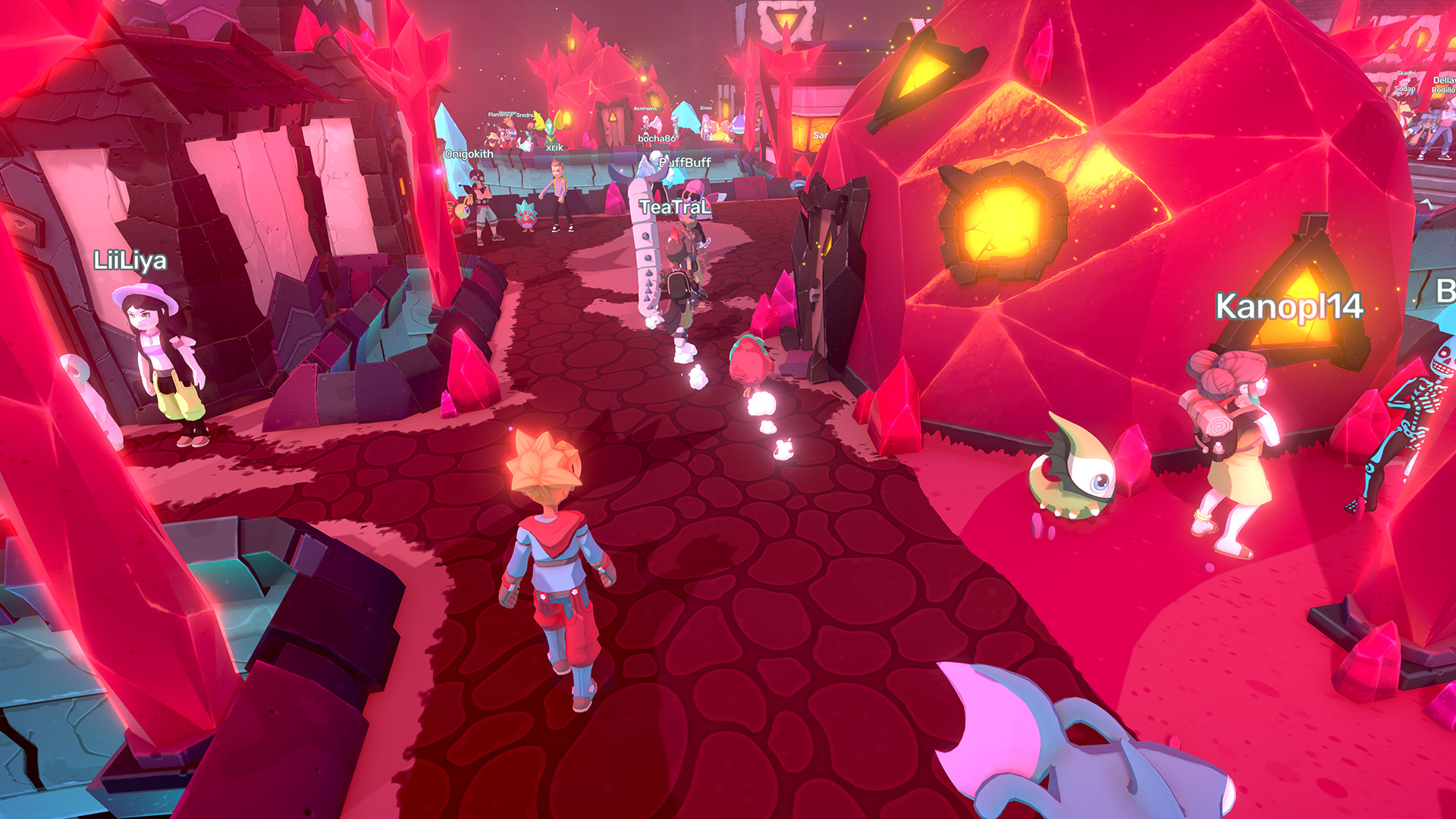 Upcoming PC MMORPG Temtem wears its Pokémon inspiration on its sleeve as players collect cute creatures with four moves and go on a journey to collect badges and better themselves as a trainer. Getting to play a version of Game Freak’s iconic series in an online world with friends has long been a dream of many gamers, so there is definitely a market. In fact, there have been several fan-made attempts at a Pokémon MMORPG, although never one with the scope of what developer Crema has cooked up.

To note all the similarities between the two role-playing games would be a bit silly as they’re nearly identical in many aspects, so it’s more interesting to focus on where they differ. The first thing that Temtem players will notice is that battles play out differently in the world compared to Pokémon. Rather than fighting one on one, every battle in the game is two on two. This even applies to when players run into a single Temtem in the wild, as the player will have a numbers advantage. Double battles aren’t unfamiliar in Game Freak’s series, but they’ve always been an alternate way to play in campaign, rather than the default.

Another change in how battles play out is that each Temtem has a stamina meter. Every attack has a stamina cost, and if players attack without the required amount of energy then they’ll do damage to themselves and have to sit out a turn. This is a smart change as it requires players to routinely switch out Temtem during battles rather than simply use their most powerful creature all the time. It adds a delightful layer of depth that Pokémon simply doesn’t have, and it forces players to consider sitting out turns if they want to keep a particular creature as an active participant.

The addition of stamina also makes move selection more important as the cost of each move is vital. Having a move that does a ton of damage might be good to have in emergencies, but if it wipes out the creature’s entire stamina bar in one turn, then that will have to be accounted for. There are lots of small yet interesting wrinkles that force Pokémon veterans to rethink how they approach battles.

One area where Temtem struggles a bit is at introducing its new mechanics to players. While it’s nice to not have your hand held through the opening hours like Pokémon has a habit of doing, it can be difficult to remember what types a Temtem is strong or weak against. Some on-screen symbols for Temtems you have battled before, or even an analysis screen like Persona has, would help players learn the new types (such as digital, nature, melee, and wind) much more easily. After playing decades of Pokémon, it’s somewhat difficult to wrap your head around new ideas in a game that is so similar in appearance and gameplay.

These new mechanics, and the lack of an experience share, wind up making Temtem more difficult than Pokémon. I wound up dying in battle several times and even failed to capture my first dojo badge (something that never happened in my Pokémon Sword playthrough). It’s fun and refreshing to have an actual challenge in a game that plays like Game Freak’s RPG, and hopefully it will stay that way throughout the entire game rather than just the opening hours.

Arguably the biggest draw here is the ability to play online with others, but it doesn’t really make a huge difference from a gameplay perspective if you aren’t playing cooperatively with another player. Sure, you see other trainers running around the environment all the time, but it’s not like you’ll automatically get into battles with them. Most of the time, I’d just see them while they were engaged in battles with AI opponents or standing outside my childhood home (which everyone shares in a somewhat creepy way).

However, the online community does have some perks, as players were helping each other out in the public chatroom and it’s very easy to get into battles if players want to challenge a friend or stranger. There are no friend codes to input or wonky workarounds — I was easily able to select a fellow player’s name from a list and challenge them to a match, which in turn worked without any issue. I was only able to test out the casual battles rather than the competitive play, but everything works as intended.

Beyond being online, Crema has also made a few other nice changes to the general Pokémon design by introducing a proper quest log. It keeps track of all of the player’s core objectives, so they’re never confused about where to go and any side quests they might come upon while exploring. Pokémon has had optional objectives as well, although never anything all that deep, so diving into that helps make Temtem feel like its own game. The environment is also a lot of fun to explore, and has a nice sense of verticality with rock climbing being an ability that players pick up later on to open up shortcuts and explore new areas. 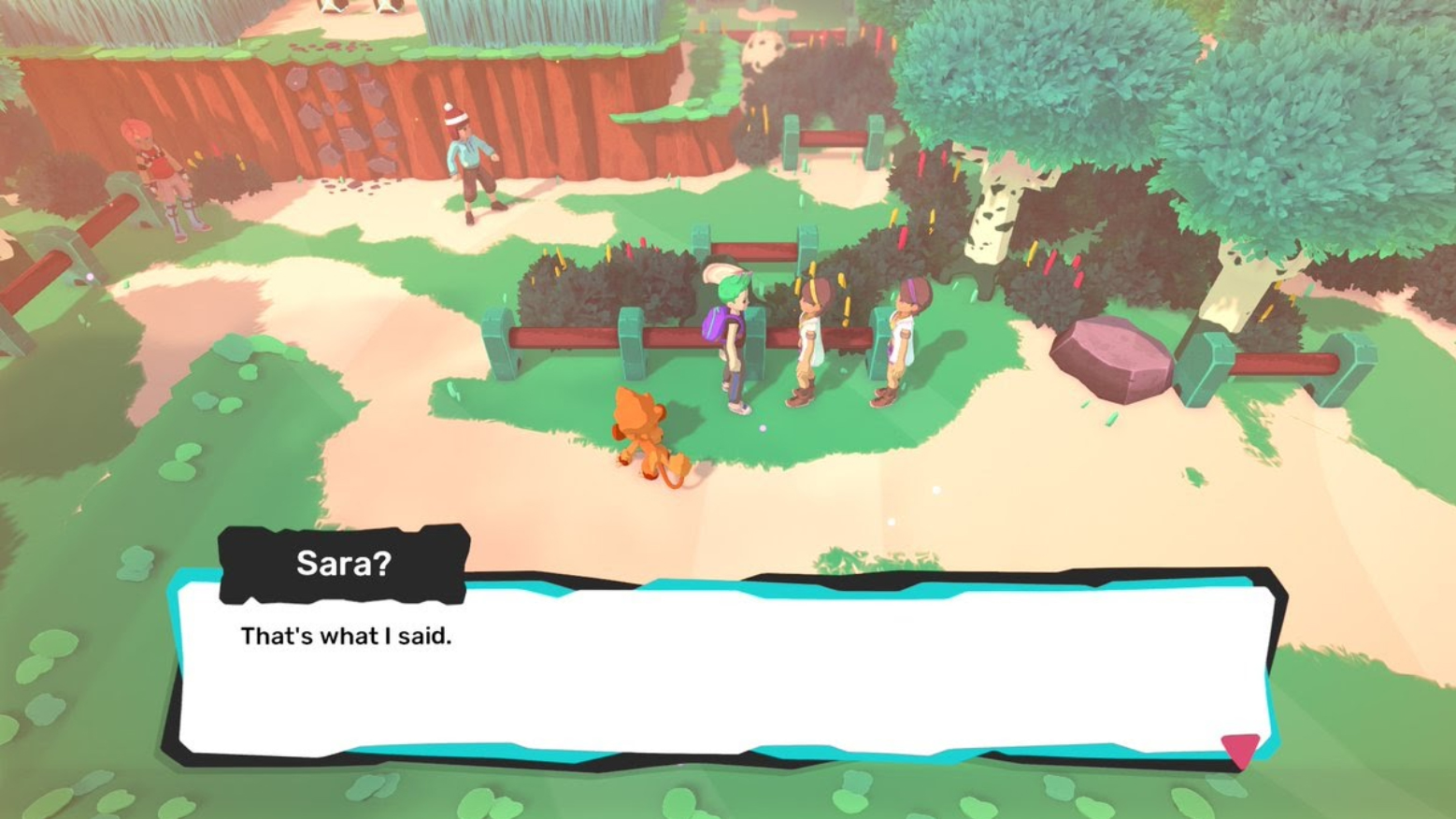 There’s one thing that Temtem can’t really replicate, though, and that’s the iconic character designs that is Pokemon’s signature. Considering there are no decades of nostalgia here or animated series to get creatures’ personalities across, it does a decent enough job of throwing some cool-looking creatures at the player, but nothing really stood out in the opening hours. An individual Temtem will never resonate with players the way Pikachu does, but that’s just the disadvantage they’re at.

All things considered, Temtem is a really impressive experience even in its early access form. It does just enough things differently from its clear inspiration to feel like its own game, even if it has borrowed enough ideas to play towards Pokémon nostalgia. Mandatory double battles and stamina are great twists on battles and there are enough new ideas that it won’t make players wish they were just playing Sword and Shield instead.