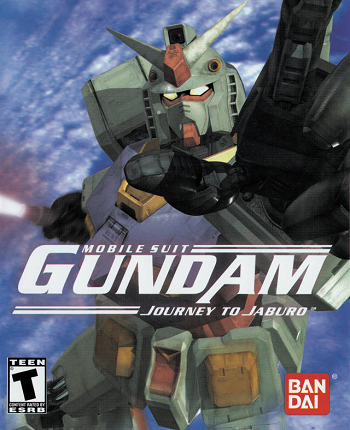 One of the things I miss the most about being young and naïve is the completely unfiltered way that I bought and played video games. Nowadays, when I come into some money or someone pops a gift certificate into one of my birthdays cards, my methodology for spending it often involves hours spent researching games, reading reviews and, otherwise over thinking things. And then, when I finally get the game home, I can’t help but pick it apart while I play. It’s a habit that I’ll admit has actually led to me liking some games less that, in my younger years, I might have enjoyed just fine.

At one point, for instance, my favorite game in the entire world was Mobile Suit Gundam: Journey to Jaburo. It was the first game I picked up after I got my hands on a PS2 and I can distinctly remember that the sole reason I bought it was because “HOLY SHIT IT HAS A GUNDAM ON THE COVER!” You see, back in 2001, I was locked firmly in the grips of a deep love affair with Gundam Wing thanks to Cartoon Network’s Toonami program. I obsessed over this show. I watched it every day after school and then I stayed up late to watch the uncensored version during Adult Swim. For extra credit in my 8th grade English class, I wrote up a 20-page guide to the show that detailed its universe and the history of every mecha, character and organization in it. At the time, if you’d asked me what mankind’s greatest artistic achievement was, I’d probably have pointed you in its direction.

Faced, in turn, with the prospect of an honest-to-Thor Gundam game, I didn’t even have to think it over. I grabbed it off the shelf, presented my hard saved cash to the man behind the register and trotted out of EB Games with a grin on my face so wide it left my cheeks sore. I didn’t know a thing about the original Mobile Suit Gundam TV series that this was based on. Just the fact that it was even tangentially related was enough to make it a must buy. 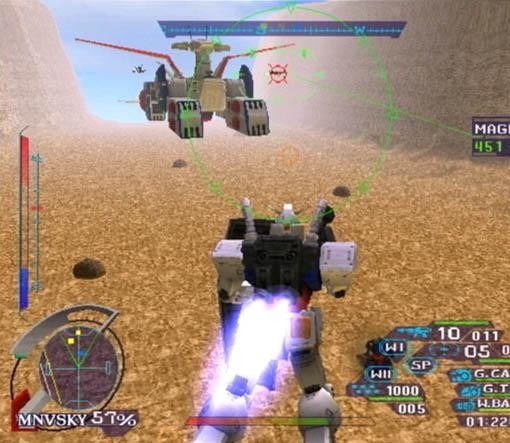 It was also enough to rope me into playing it well past the point of sanity. In fact, by my memory, my first session with Journey to Jaburo lasted, at least, a solid 16 hours. I ate dinner, sat down in front of my TV and played it straight through the night and into the next day. I didn’t even notice the sun coming up. The only thing that broke my mecha induced trance was my mother walking into the living room at 6:30am and commenting on how early I’d gotten up. (Sure Mom, that’s absolutely what happened. That’s why my eyes are bloodshot and I’m in exactly the same position as when you went to bed.)

I beat it that first night and then three more times during the day following. And while that might have been enough for most, it only served to wet my appetite. I began placing restrictions on my game play. I did one play through where I used nothing but the beam rifle. Then I did another with just the rocket launcher and another with just beam sabers. I played it until I’d mastered it to an extent that I’ve never done with a game since. That guy who plays who Dark Souls II with a Rock Band controller? That was me only with Journey to Jaburo. The only thing that kept me from playing the game perpetually was the fact that I’m a man of limited imagination and, after awhile, even I couldn’t think of ways to keep the experience fresh. Also I might have gotten Final Fantasy X for Christmas.

Fast forward a decade and I’m standing in GameStop, thumbing through the bargain bin and what should I come across but a copy of Journey to Jaburo. Ever an addict of nostalgia, I brought it home again and popped it into my PS3. The game started and the CGI cinematic started up. Just as I had so many times before I sat and watched, letting myself fade into memories of hours spent escaping into the desperate struggle of the One Year War. Then I came to the main title, loaded the first mission and things took an unexpected turn for the worse. 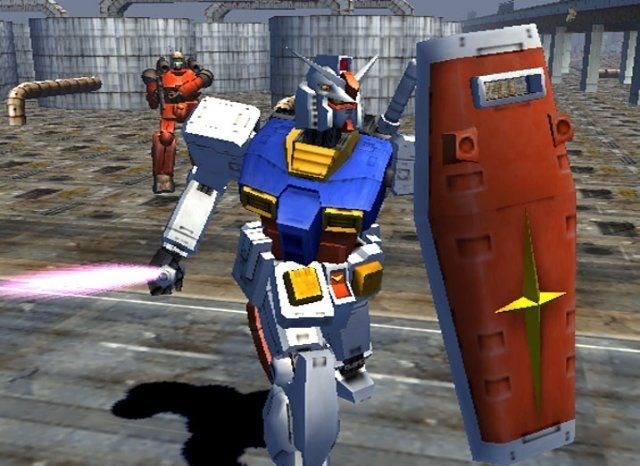 The game sucked. Mind you, it wasn’t completely terrible. The campaign did a good job of faithfully recreating the events and other small elements from the TV show. That said, the controls were impossibly clunky. The simple act of changing direction was slow and cumbersome and I soon found the lock feature was designed in such a way that I couldn’t hit a moving target unless it was coming straight at me. My mind’s eye had had me envisioning a game where I’d be dashing about like an awesome weapon of mechanized death. Instead, I felt like a clumsy oaf stumbling around in a cheap version of the genuine article.

It was nothing like I remembered and, as I sat there wallowing in disappointment, I couldn’t help but wonder how it could be so different from the game I’d adored years before. How could I have devoted so many hours to an experience that was flawed right down to its very core? The answer wasn’t hard to devise. I was a kid, I loved something and, lost in my drive to connect more deeply with my passion, I was able to subconsciously gloss over its faults. Journey to Jaburo could have been a complete wreck and I probably still would have adored it. That was just the frame of mind I was in.

It probably sounds silly to miss that. After all, that sort of blind fandom is at the root of a lot of the problems that often permeate gaming and the culture that’s built up around it. Even so, I’d be lying if I said there wasn’t any appeal to being able to love something as deeply as I did Journey to Jaburo just because of the picture on the box. I obviously enjoy games today (I wouldn’t be doing this job if I didn’t), but it’s been a really long time since I’ve unconditionally loved a game the same way.

Halloween is in the air and it’s time to play something scary! Come back next week for my review of Resident Evil 2! In the mean time please feel free to shoot me comments, questions and suggestions for future reviews.