When it comes to cosplay, Koreans certainly don’t mess around…

This year, I was able to go to South Korea for the League of Legends World Championship Grand Final. As part of the festivities surrounding the event, there was, of course, a cosplay contest. I’ve managed to selected my favorites, but it was somewhat hard to choose, as when South Koreans show up to cosplay, they really show up.

Lets start off with this cute couple shot of Ezreal and Ahri: 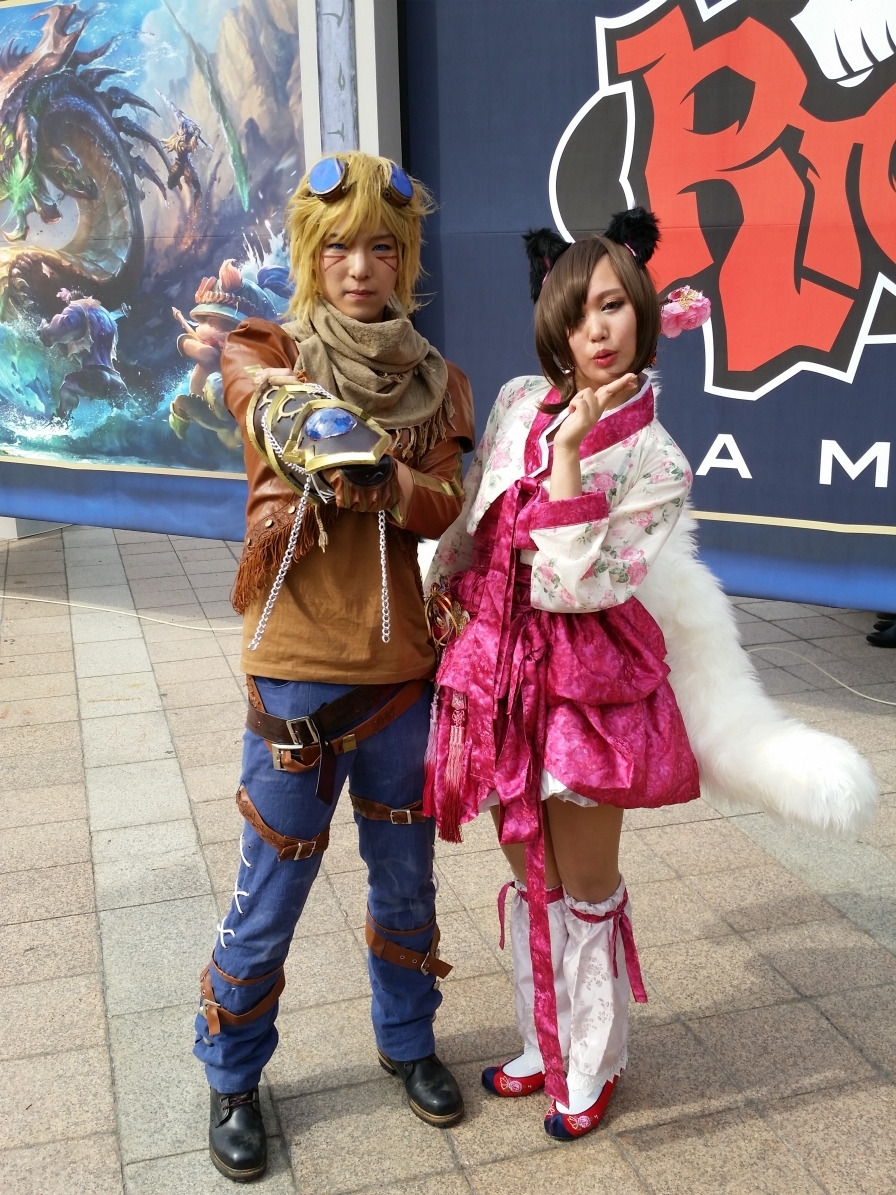 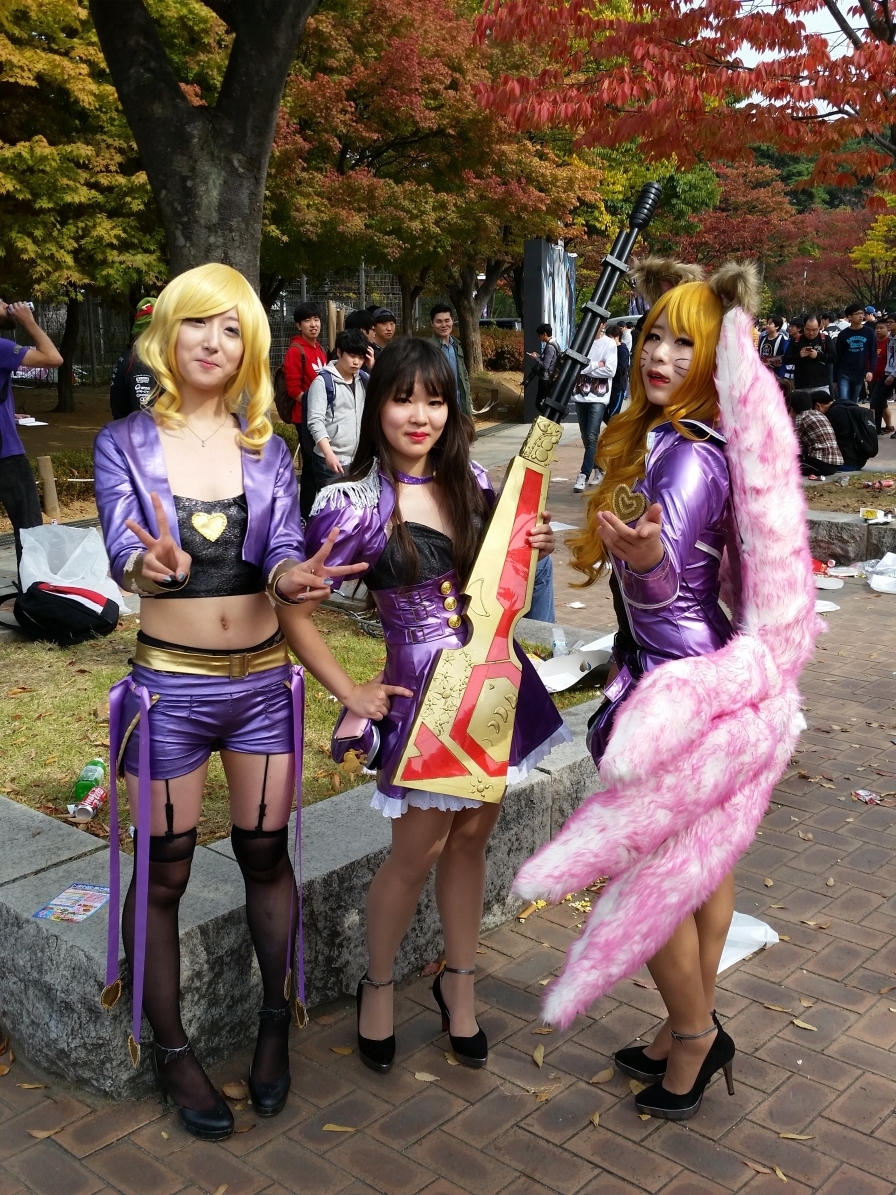 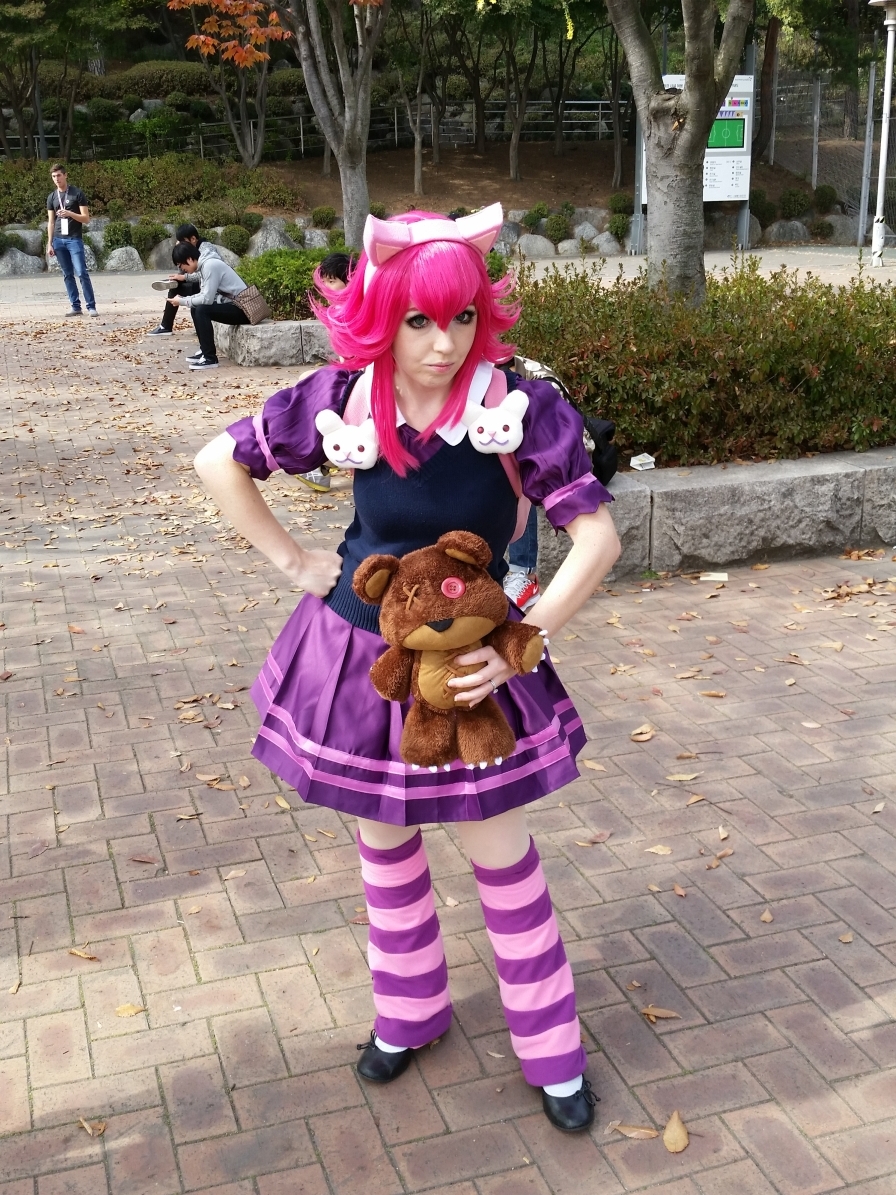 I don’t know who is more adorable: this regular Annie… 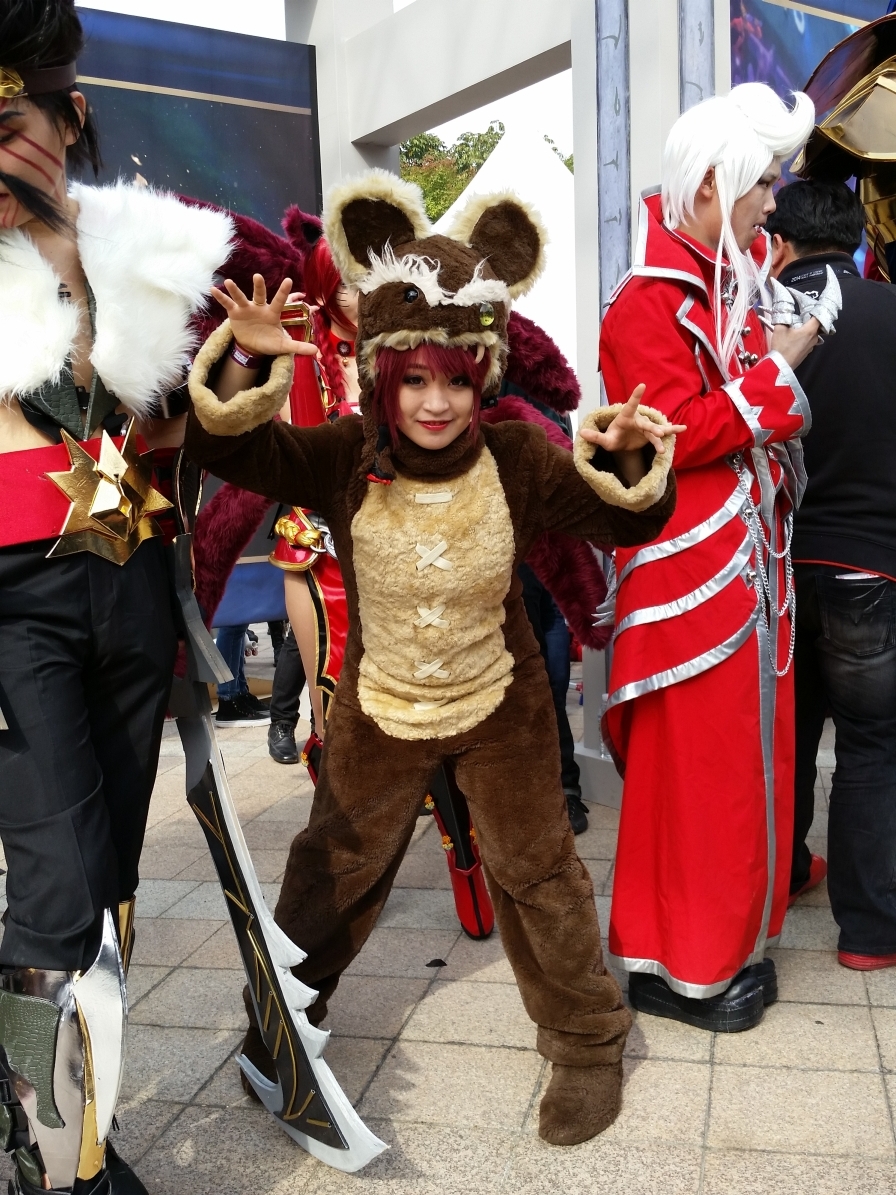 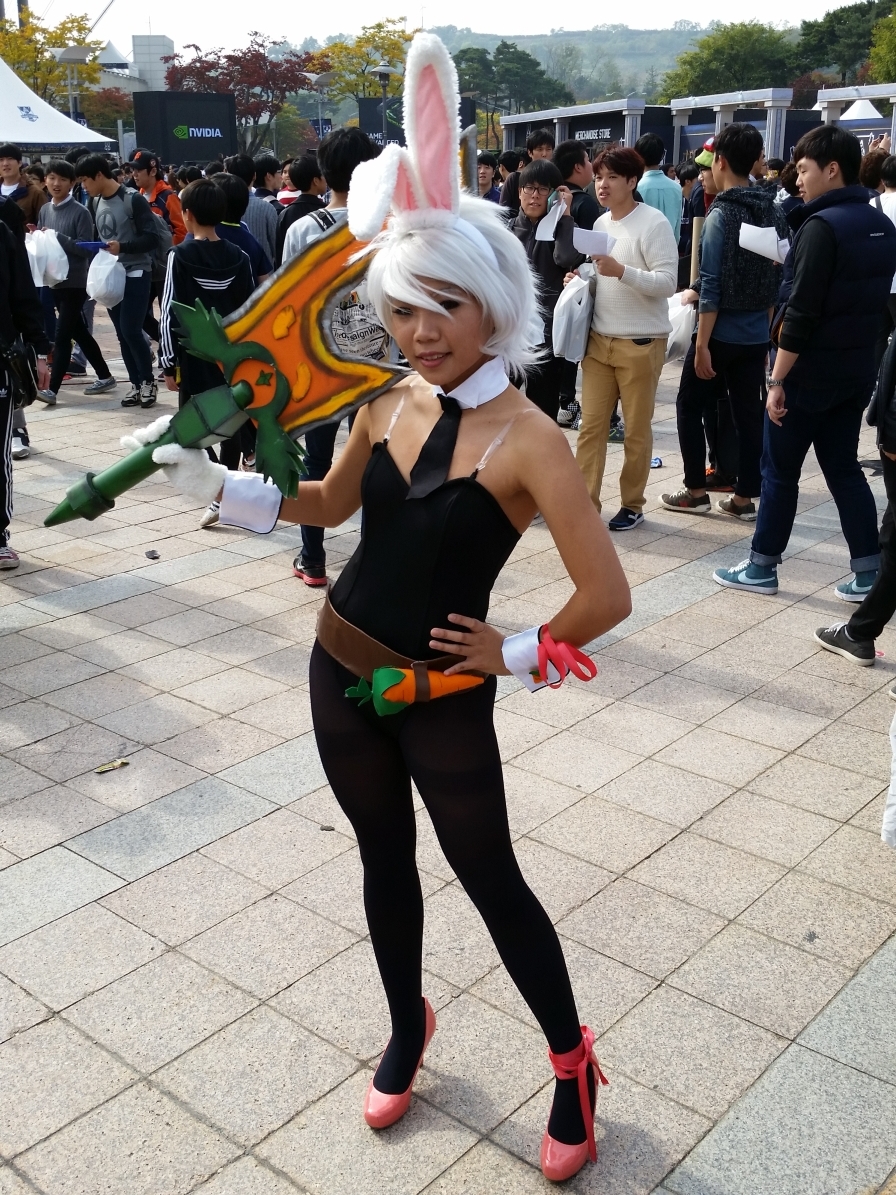 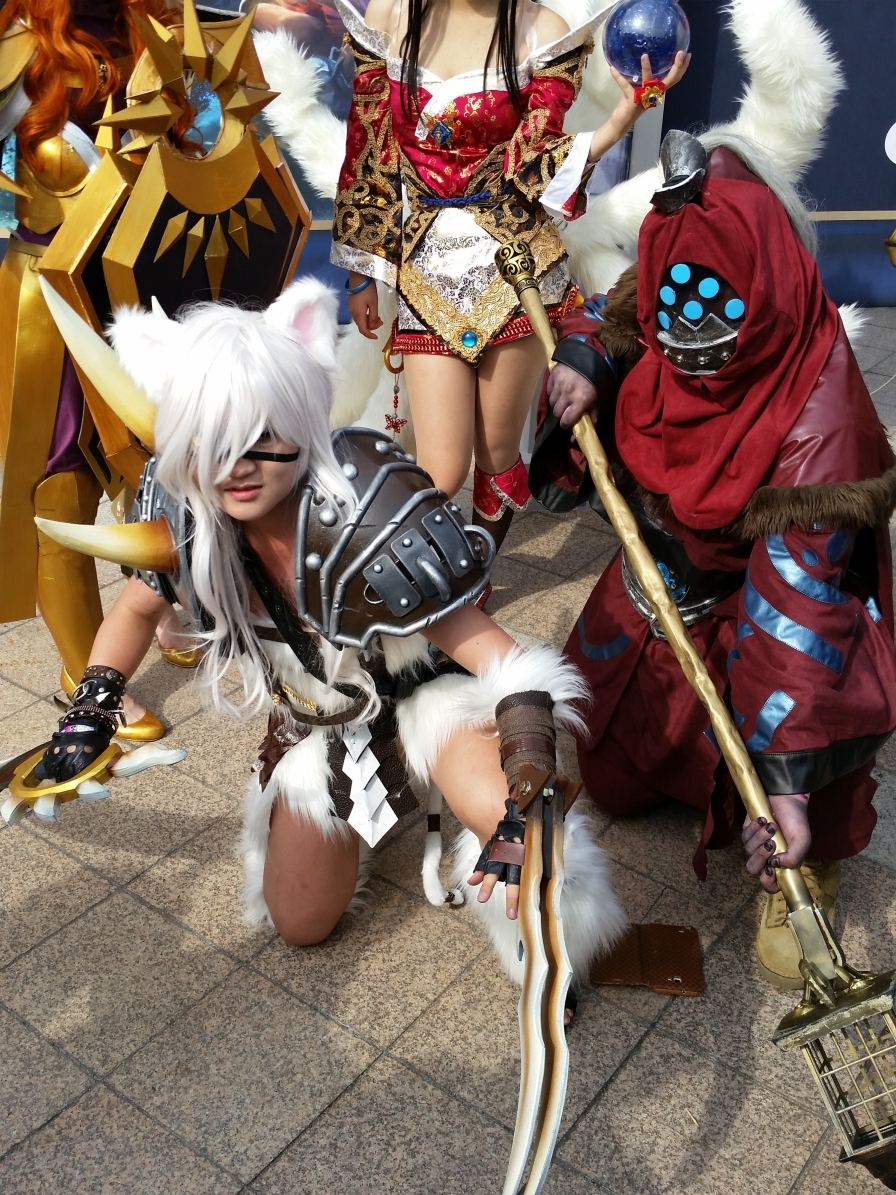 Rengar and Jax are ready to gank you at top… 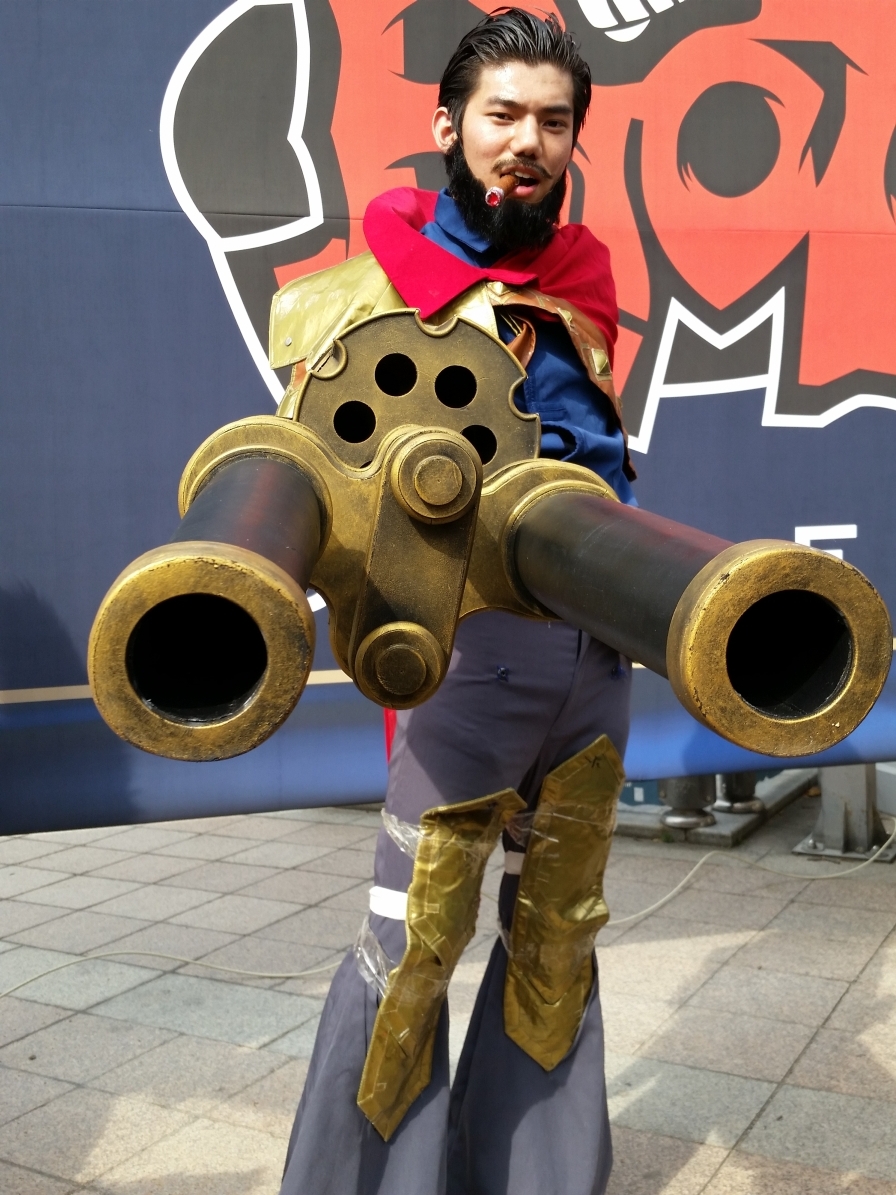 And Graves is holding down the fort at bottom. 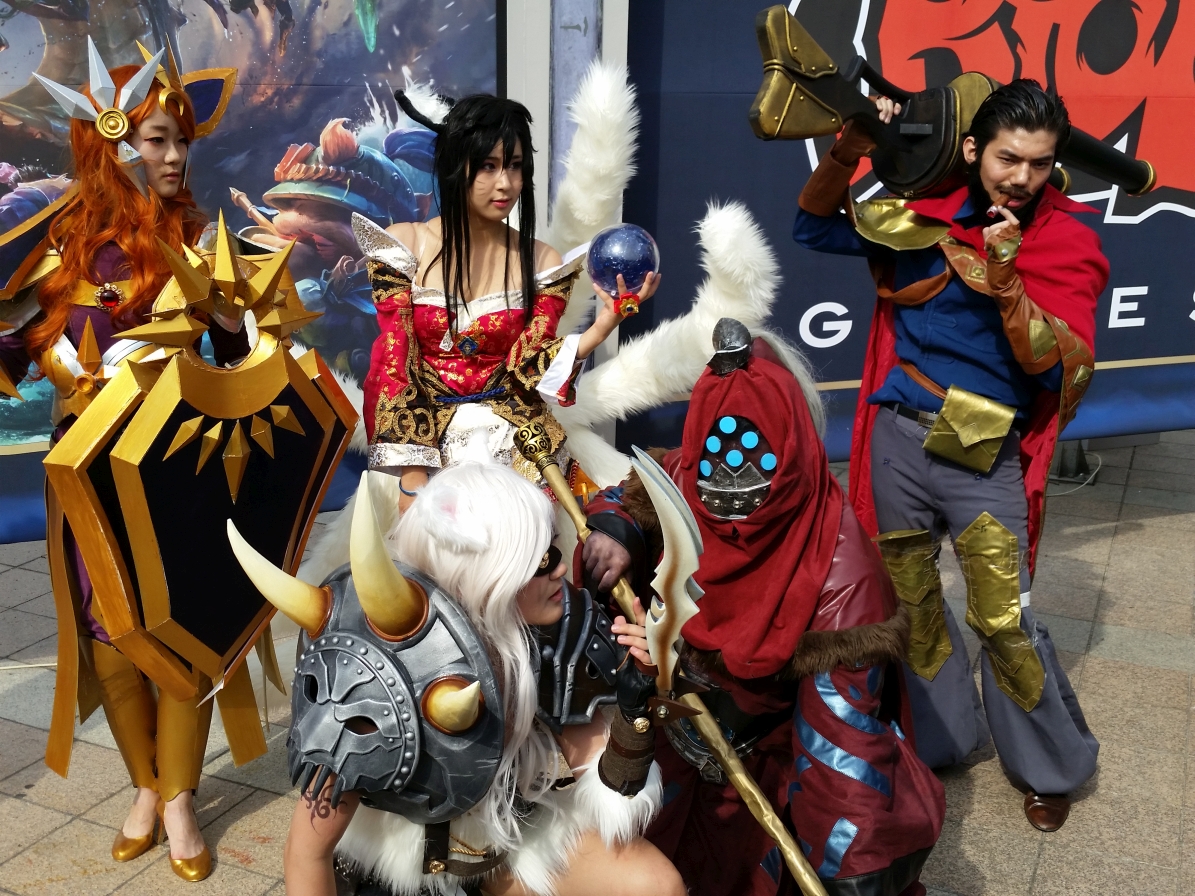 In fact, these guys actually had a full 5-person team put together. 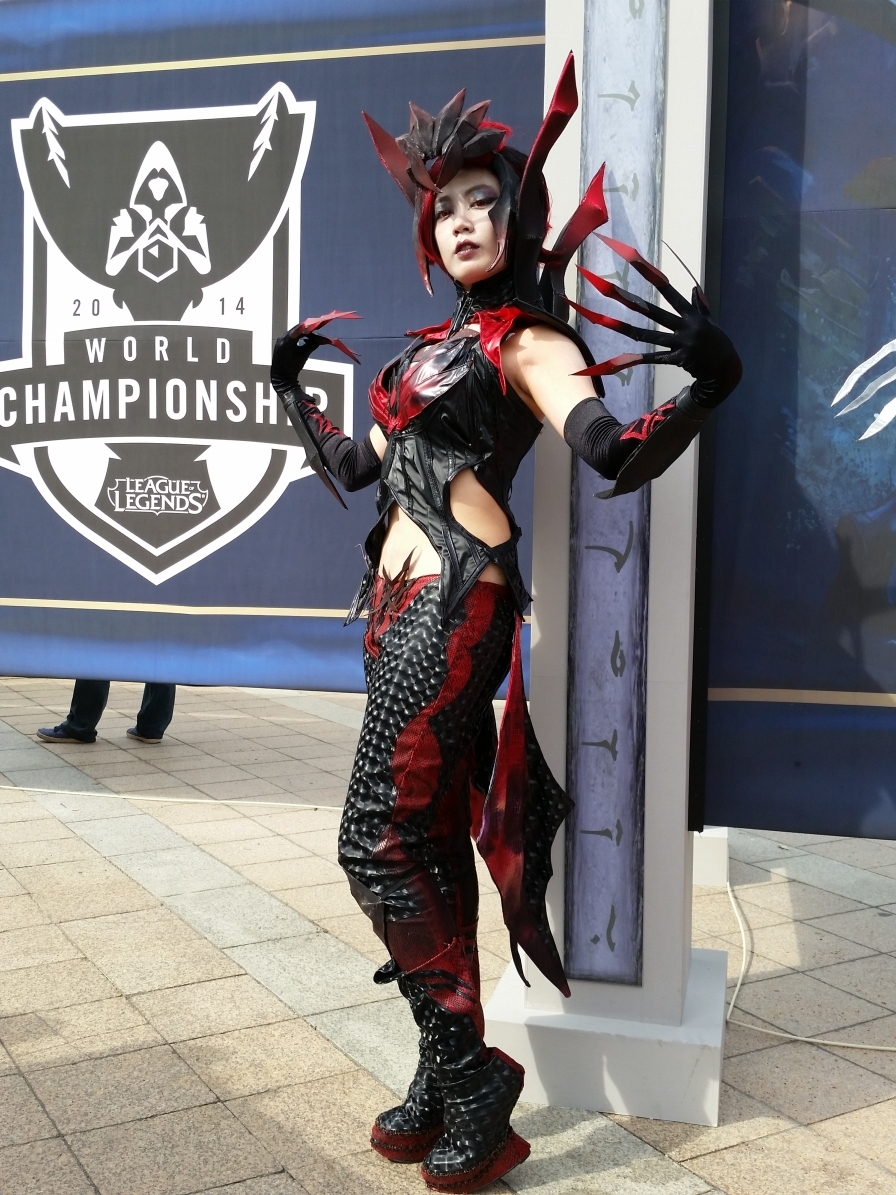 Next up we have the queen of spiders, Elise. 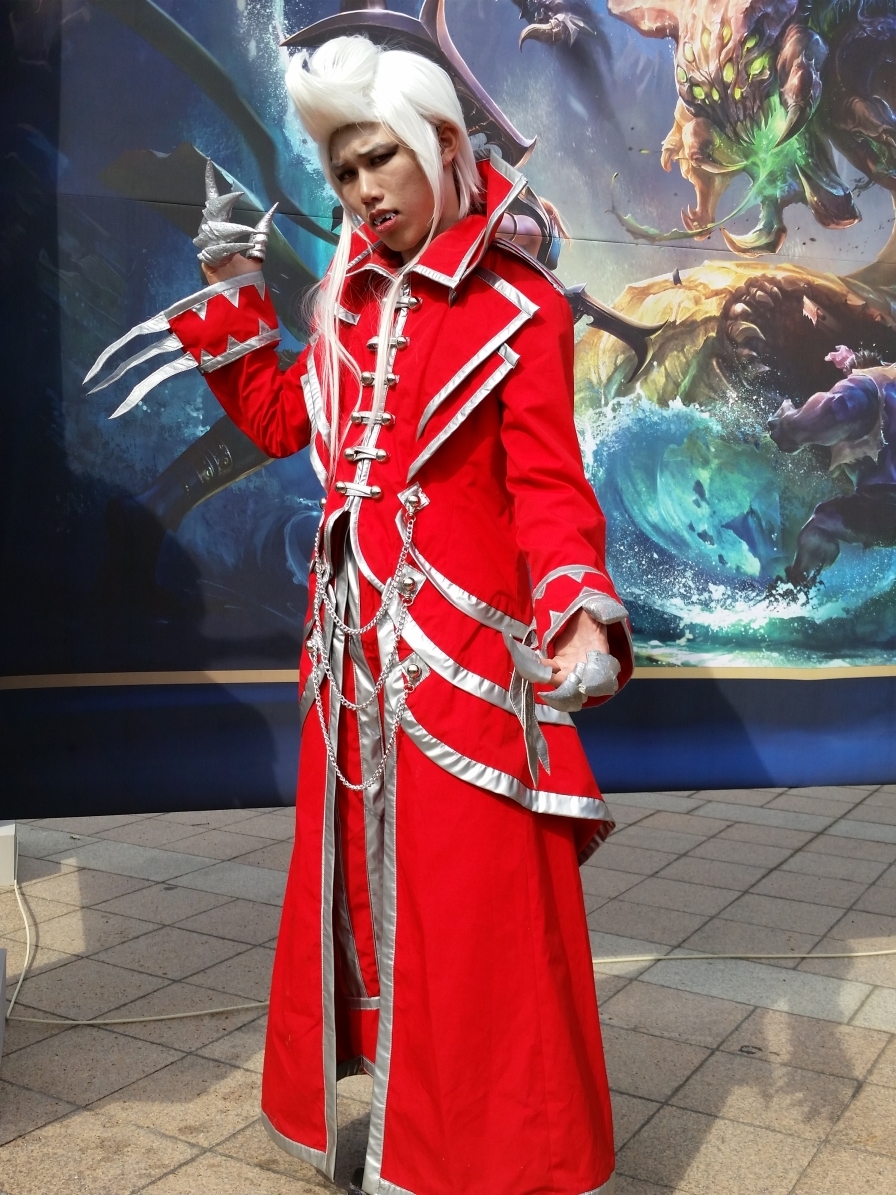 And the king of vampires, Vlad. 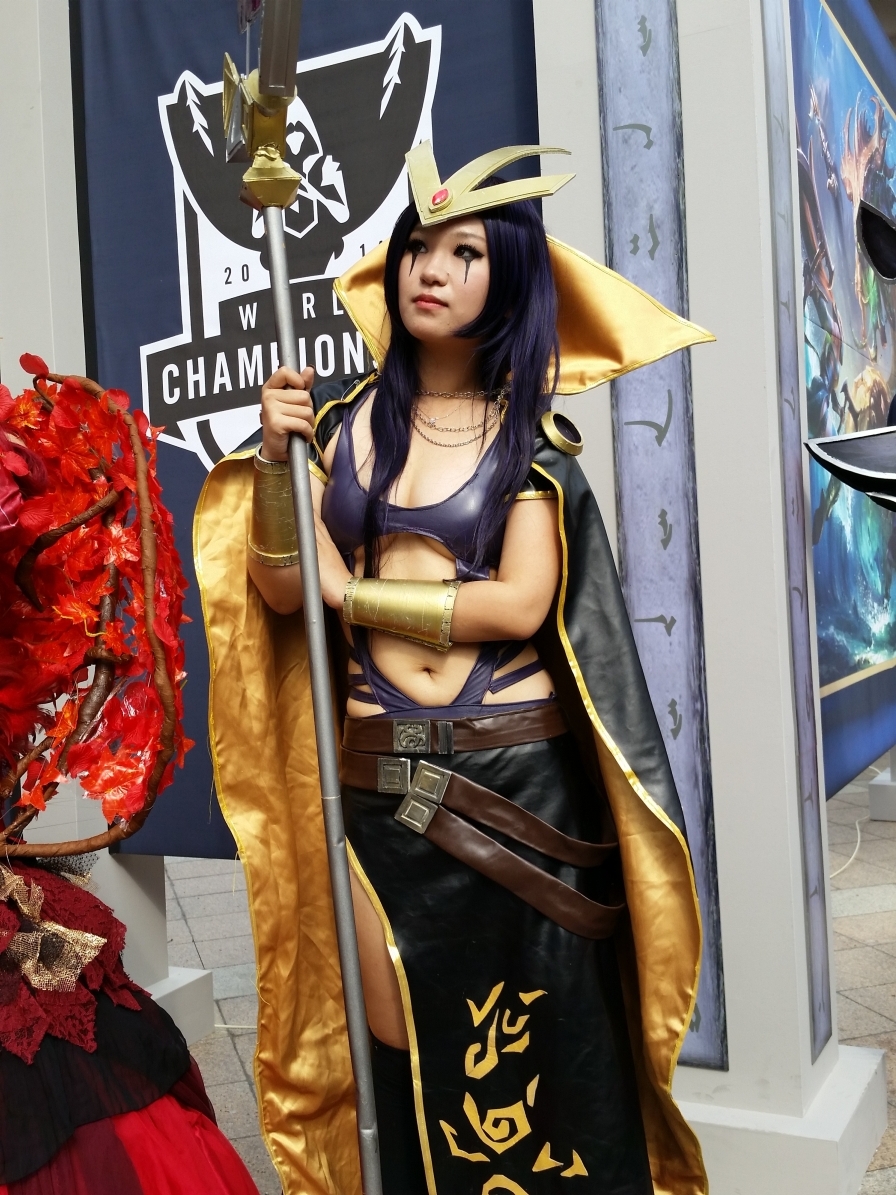 I had to double-check to make sure this LeBlanc wasn’t a duplicate. 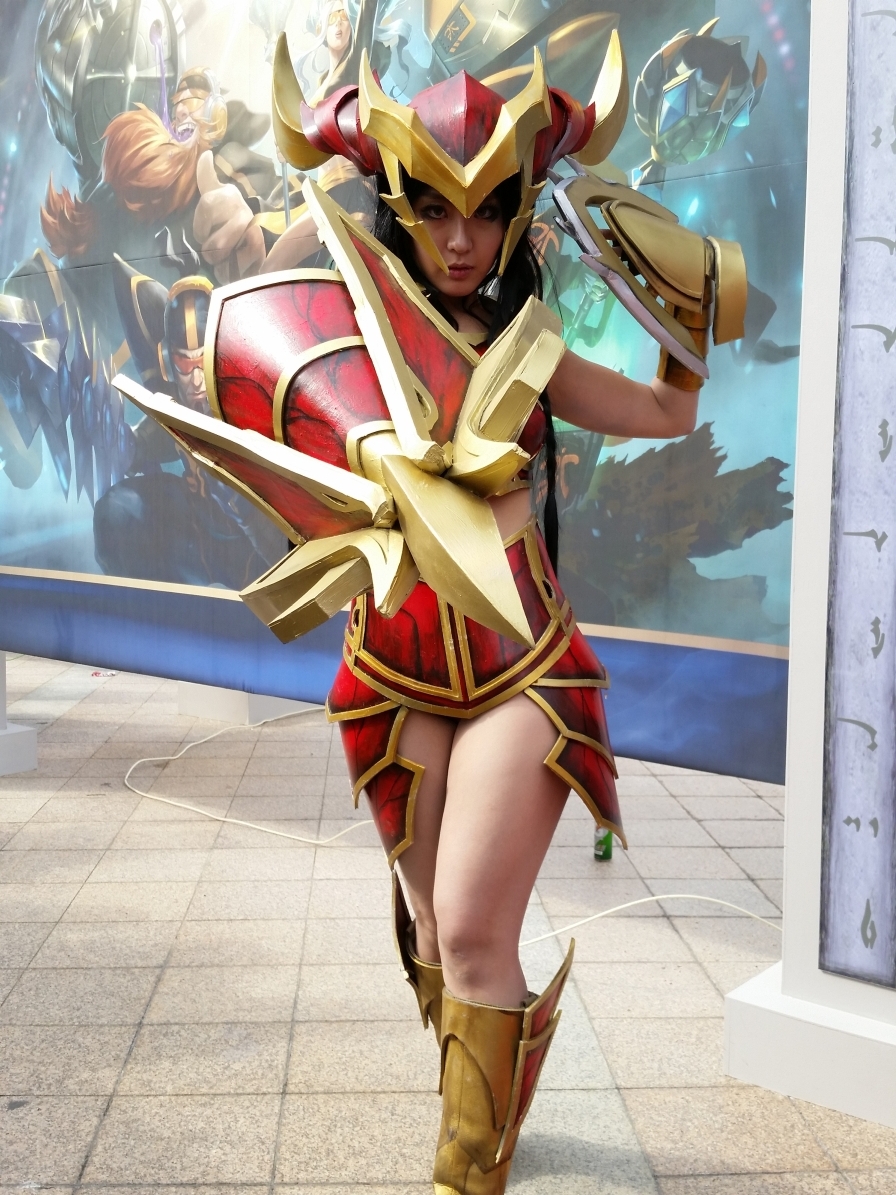 This Shyvana unfortunately couldn’t transform into a Dragon. 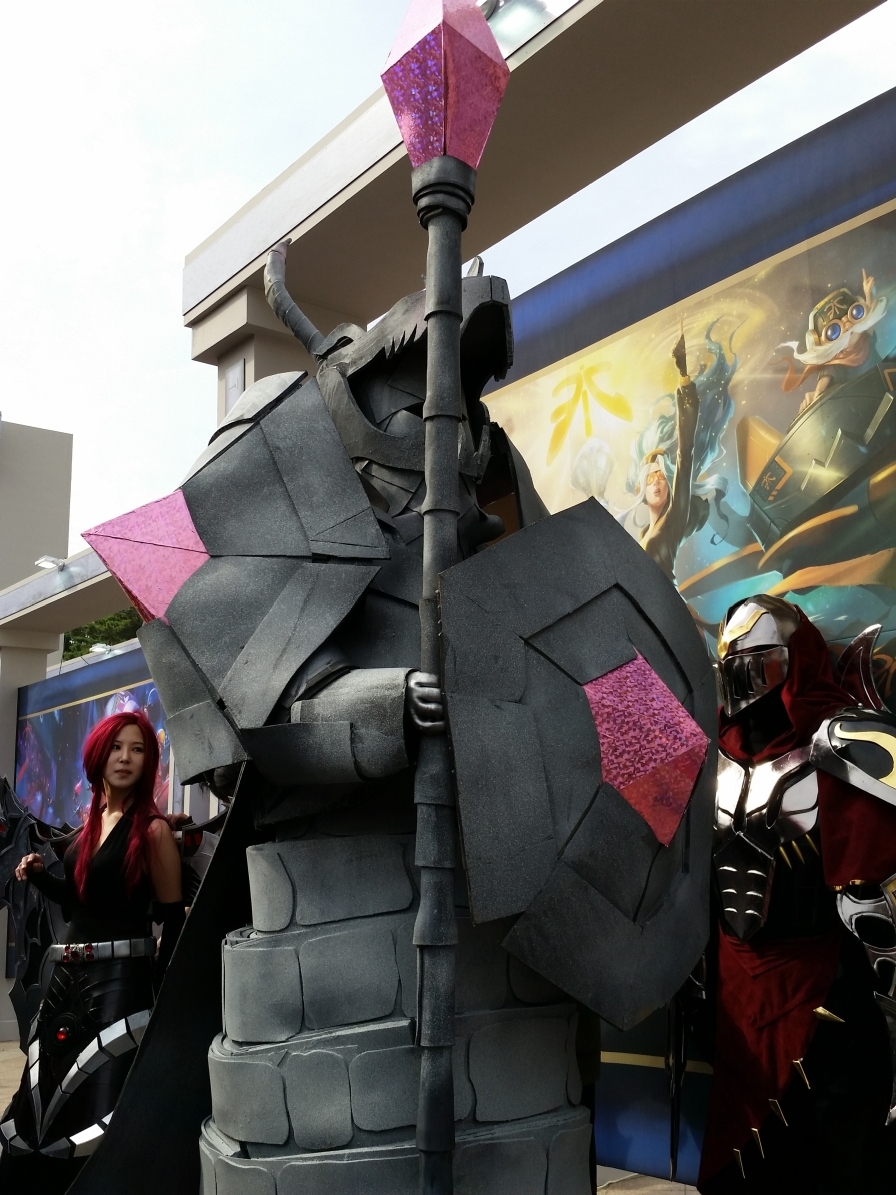 No, that’s not a statue. That’s a guy dressed up as the mother-flipping turret. He couldn’t move too well, and had to have his handlers “shuffle” him around. I admire his dedication. 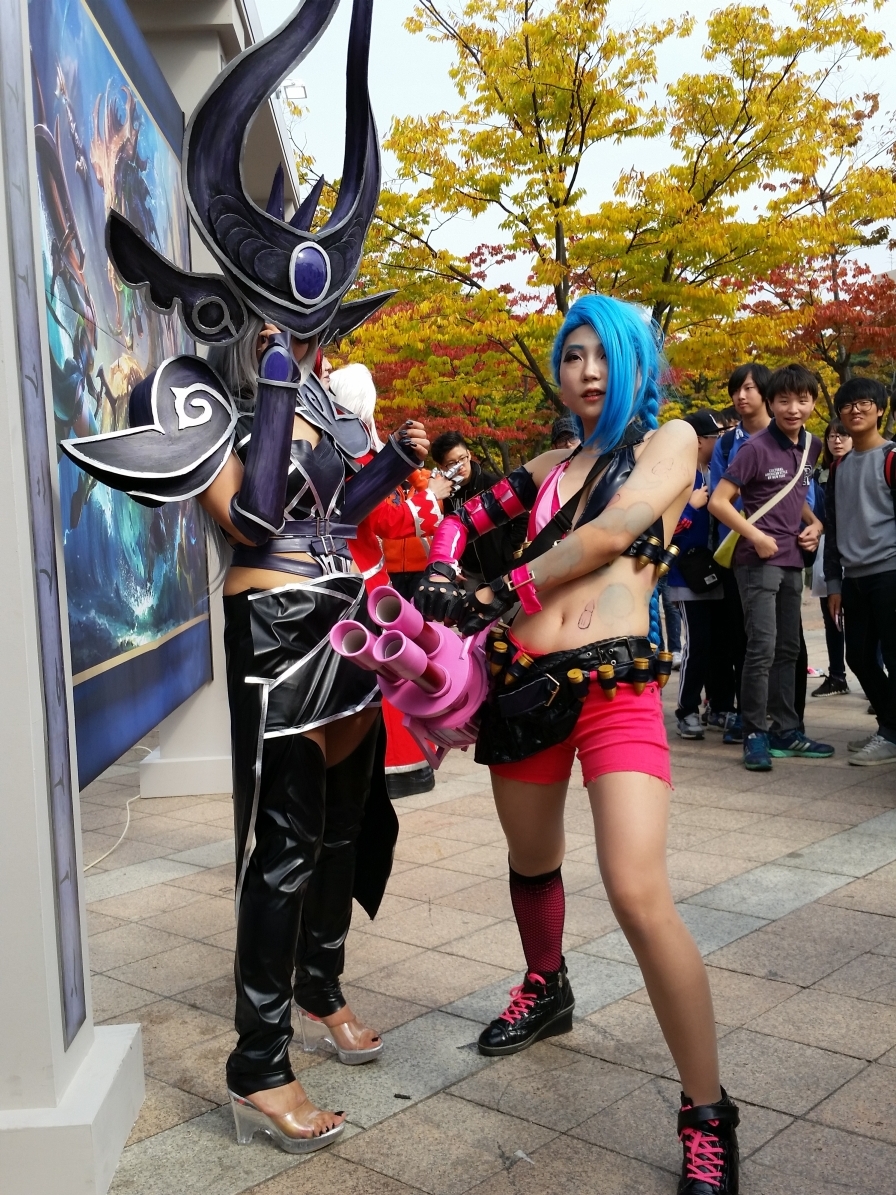 Syndra and Jinx ready to throw down. 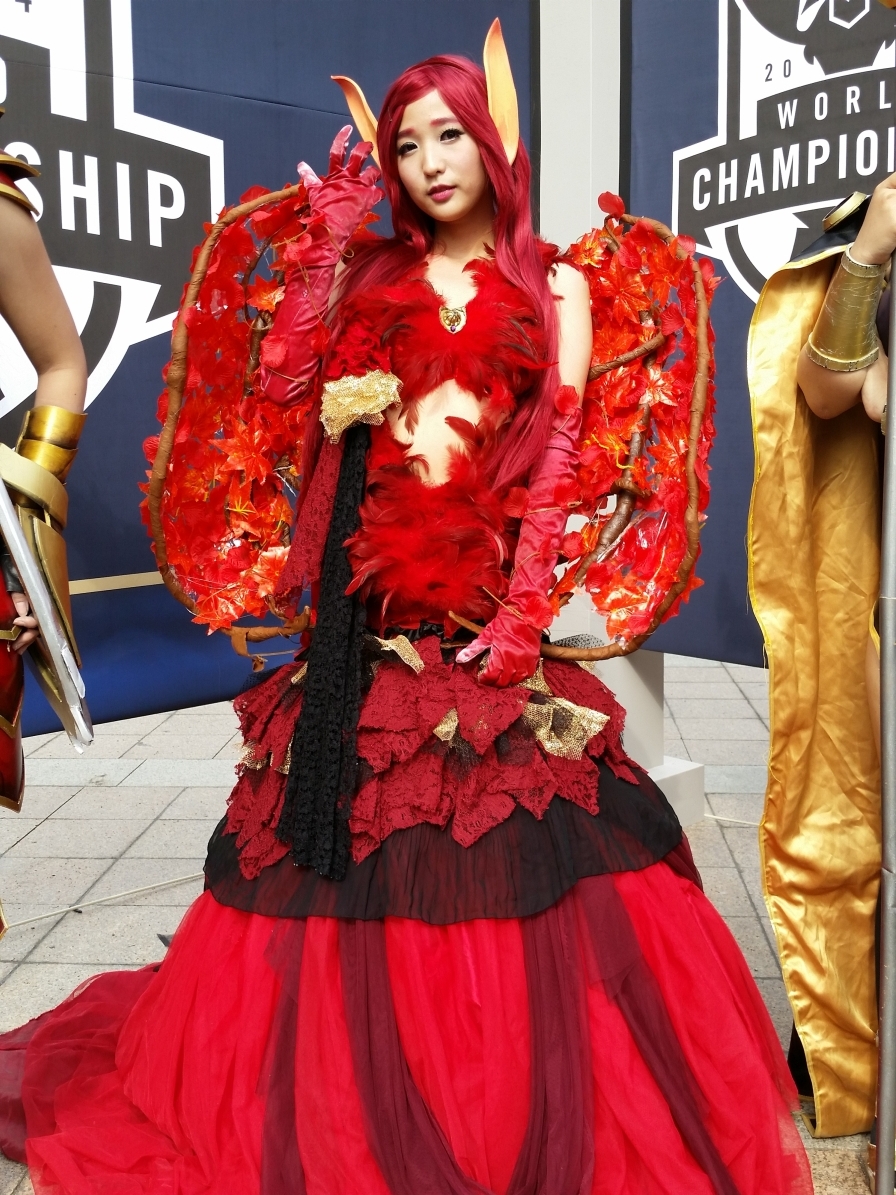 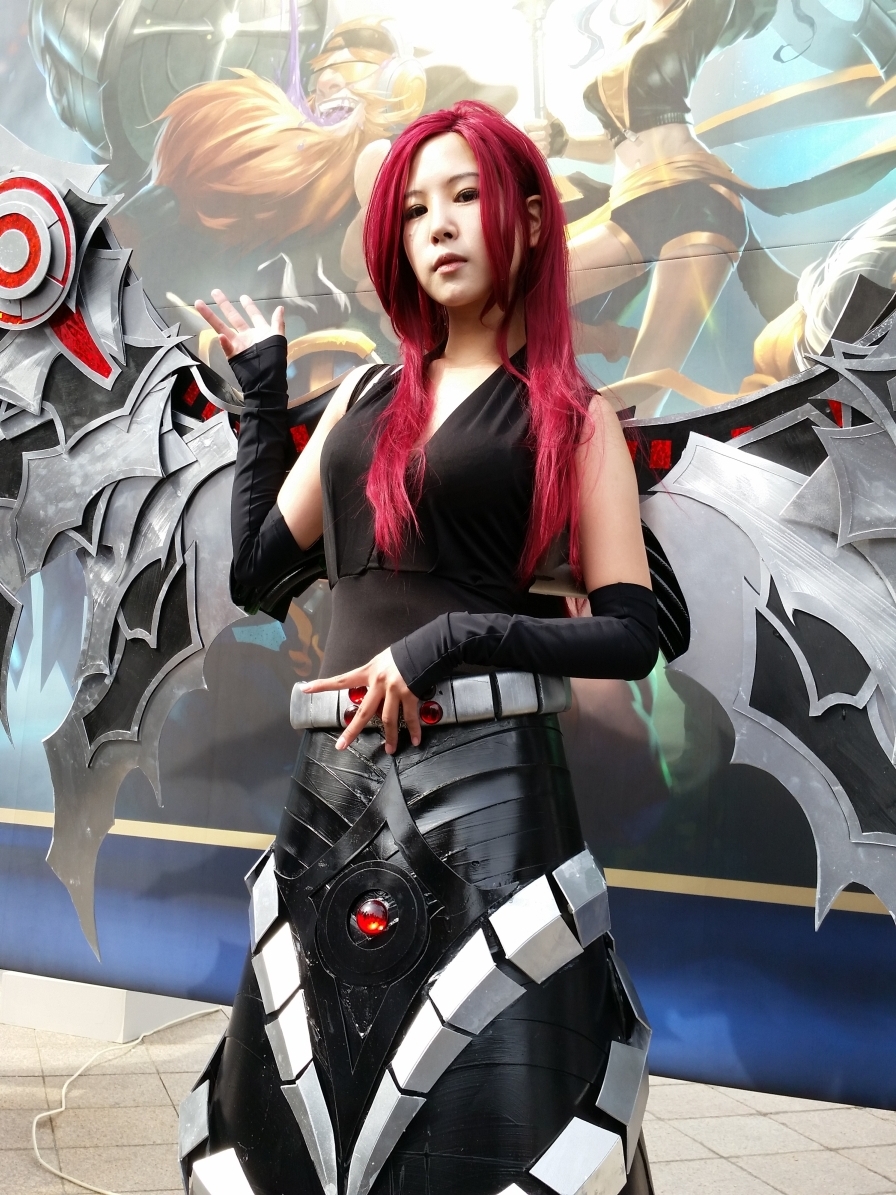 Another Morgana. I’m a bit disappointed that there weren’t any of the best Morgana skin: Sinful Succulence Morgana. 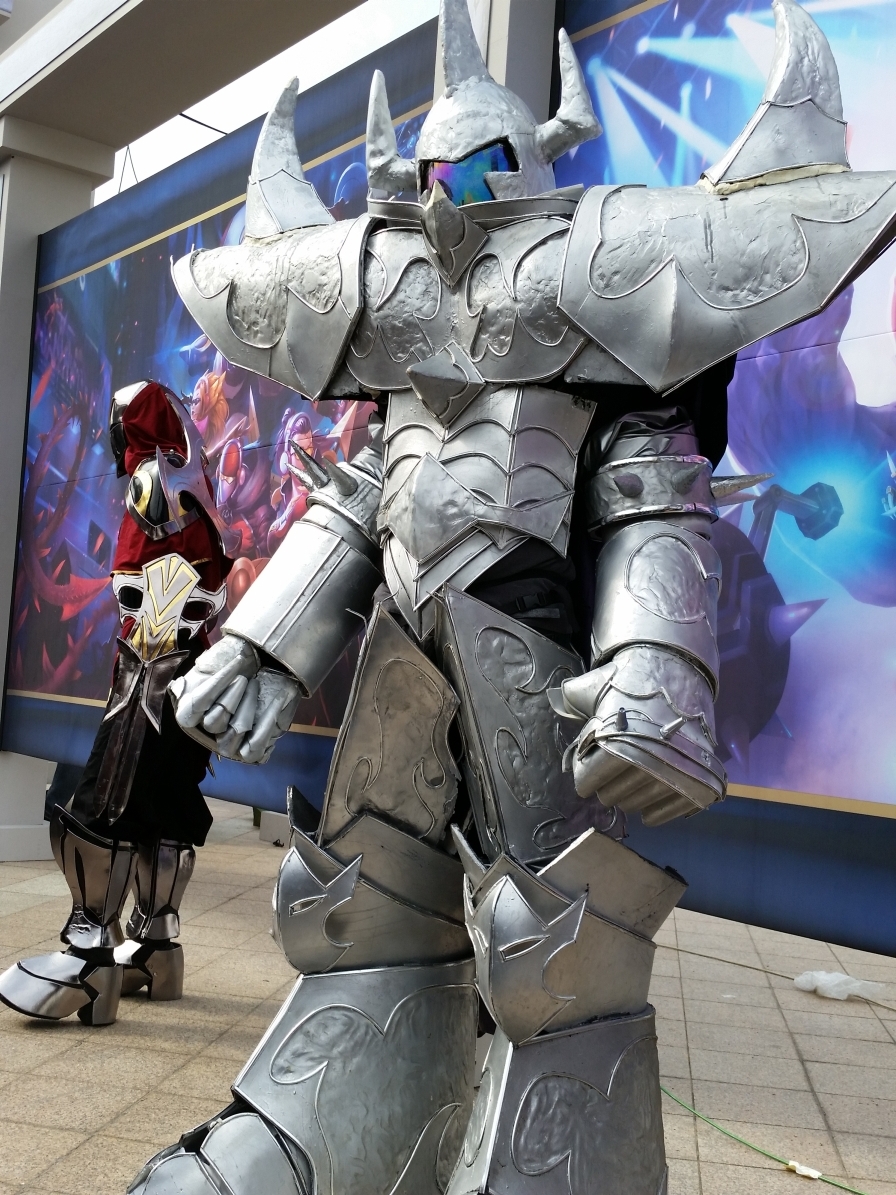 This Morderkaiser was pretty damn metal. 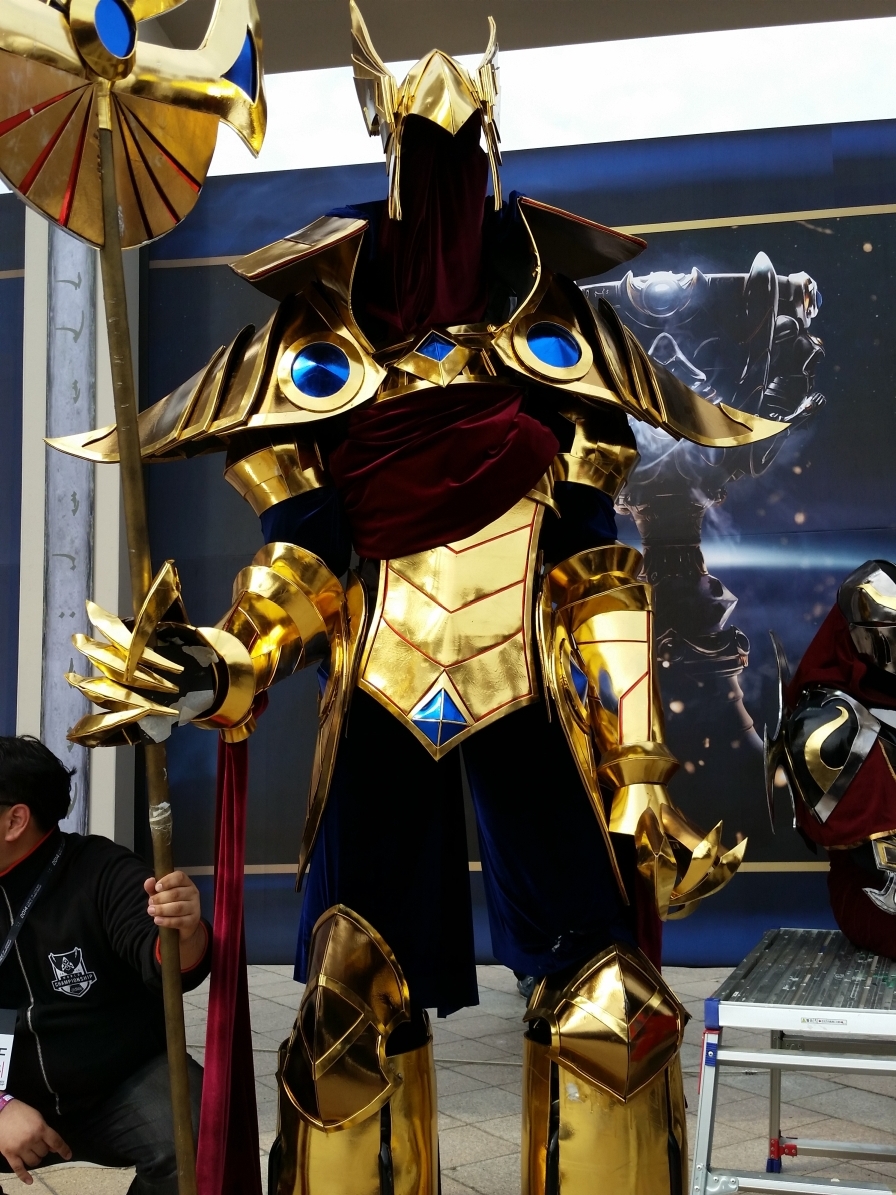 But he had nothing on this Aziz, who was absolutely massive! 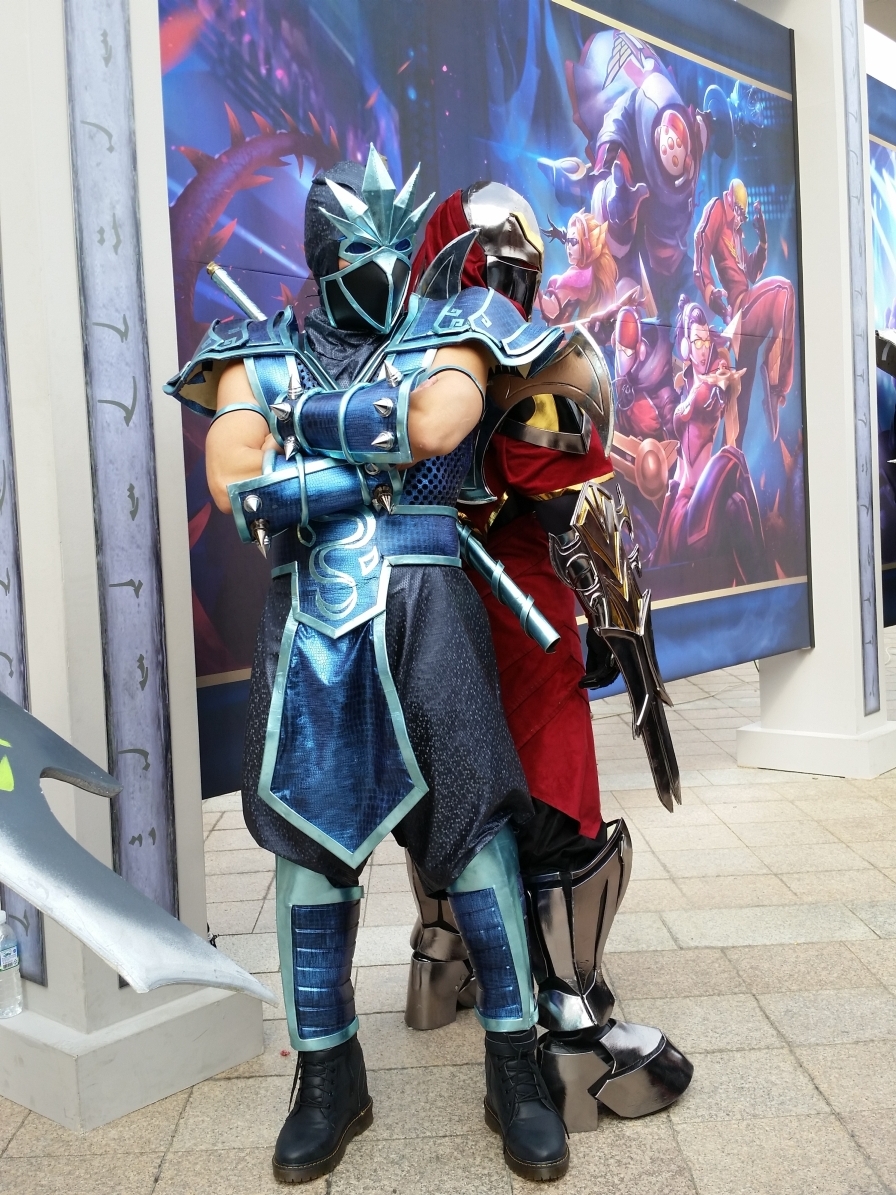 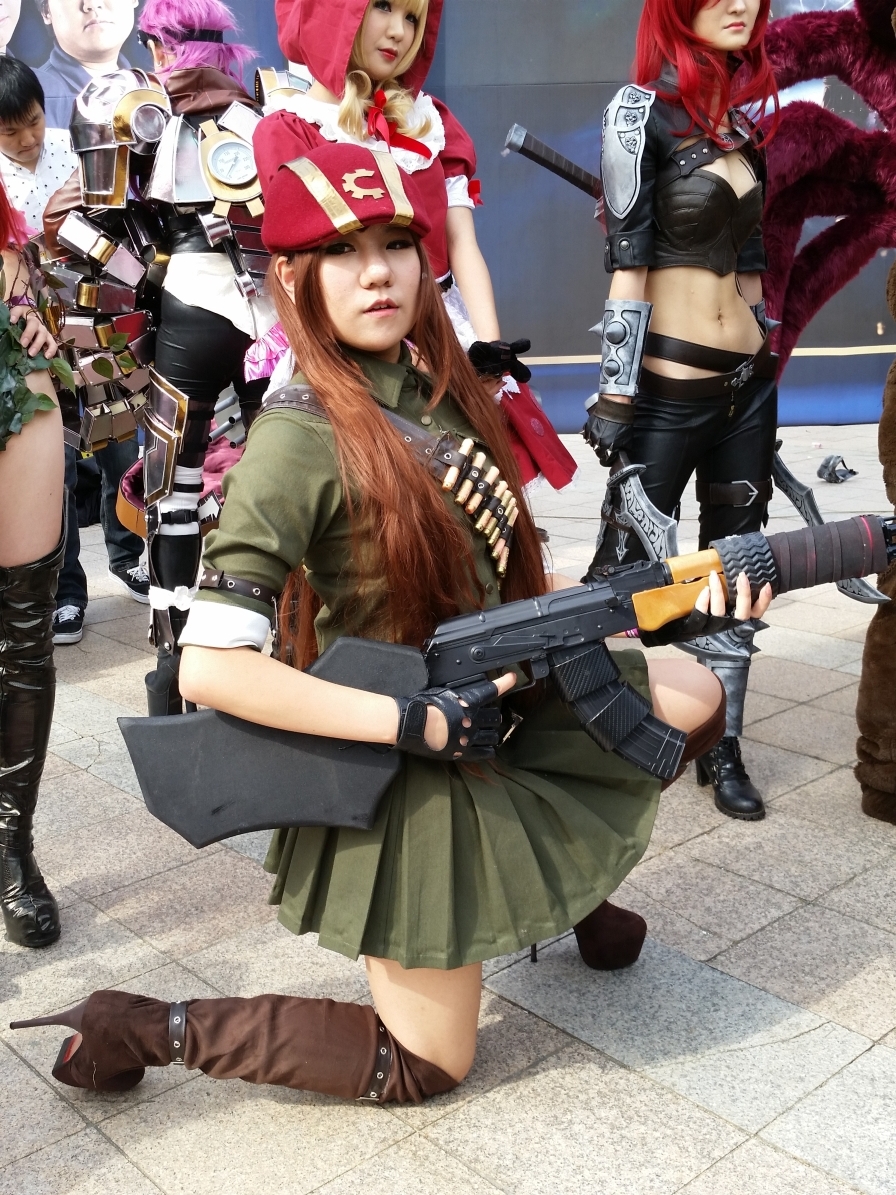 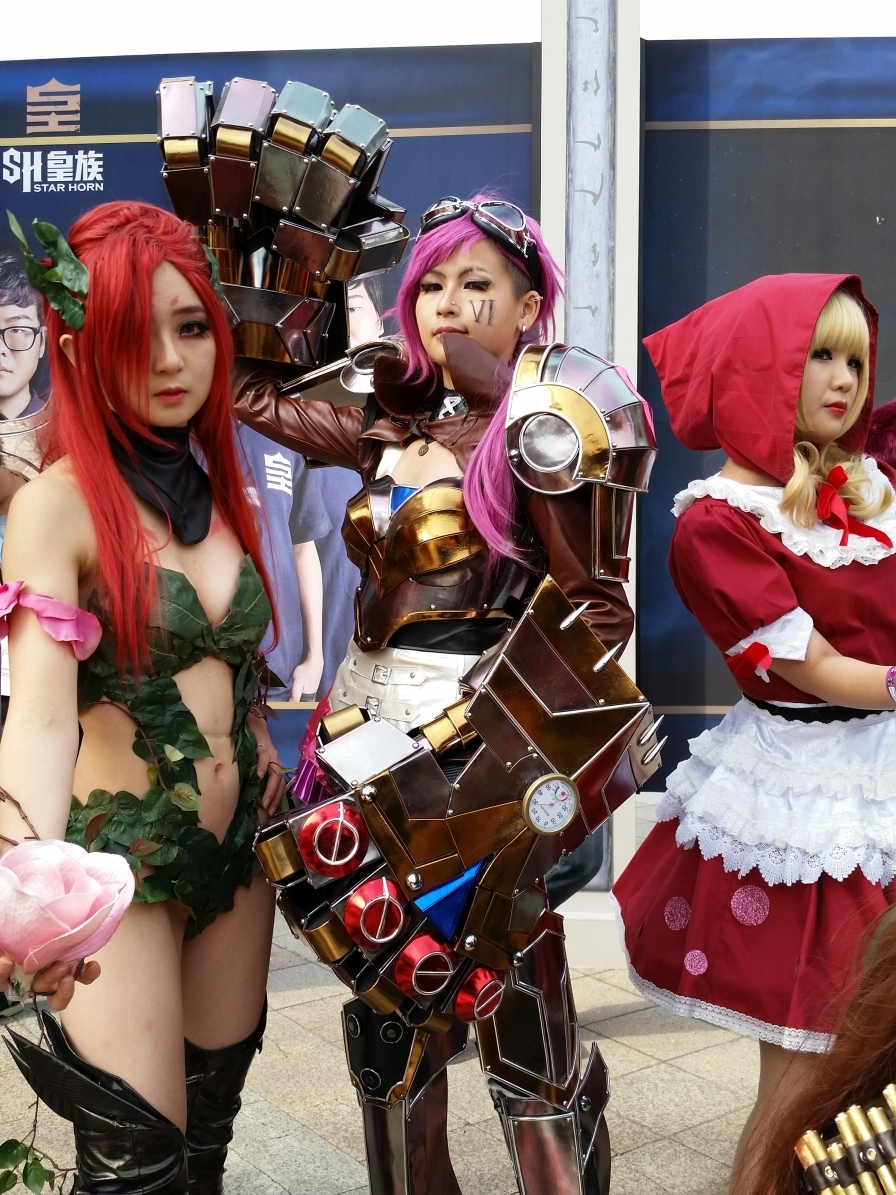 This Vi was seriously, super impressive (the Zyra also isn’t too bad). 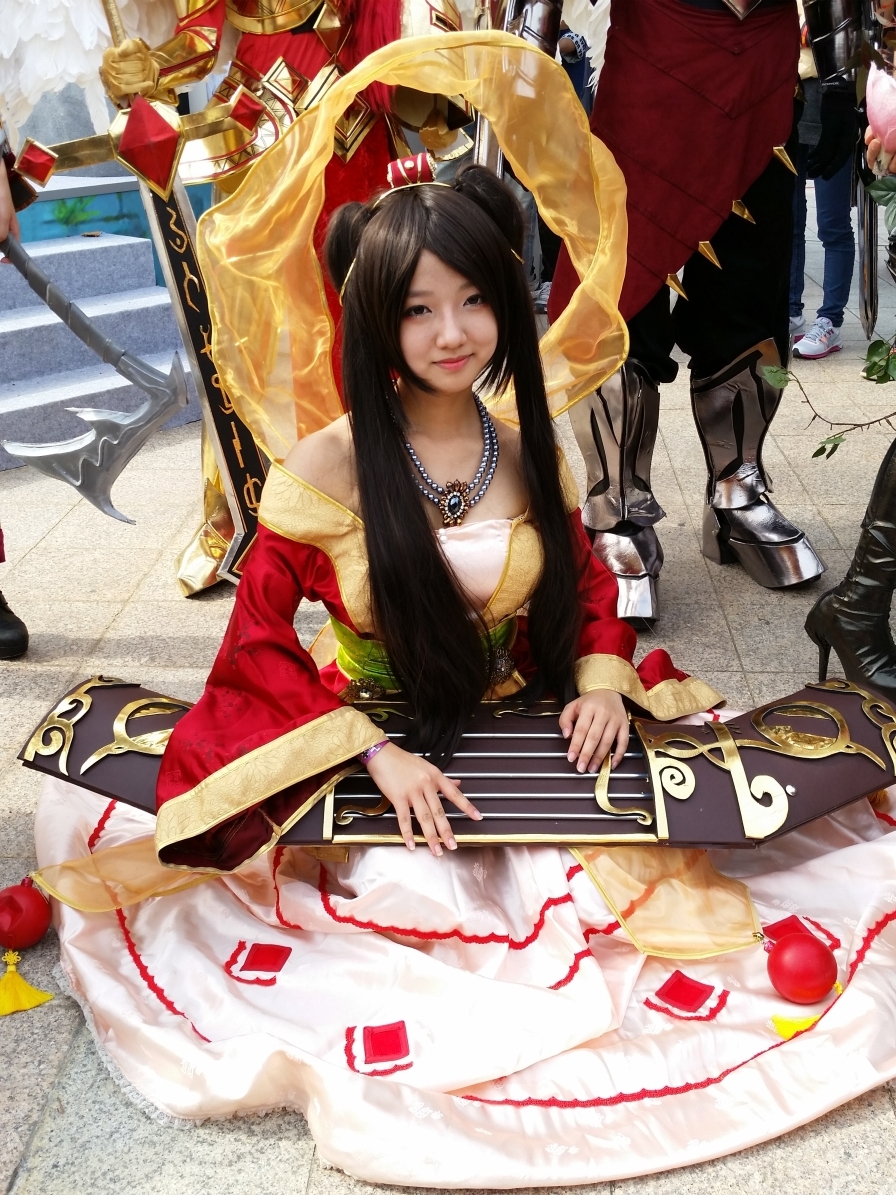 Sona chilling out. I said “hi” but she didn’t respond… 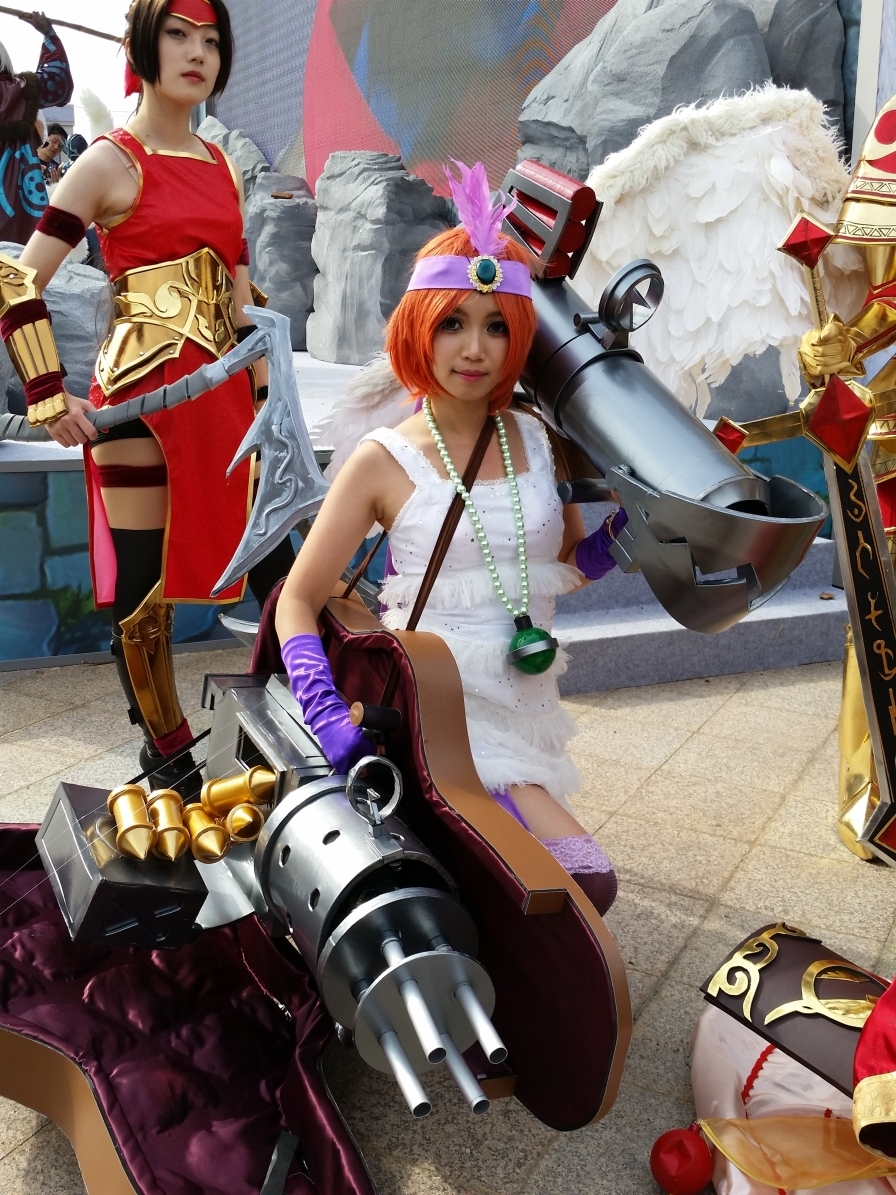 Another Jinx, this time in her Mafia skin. 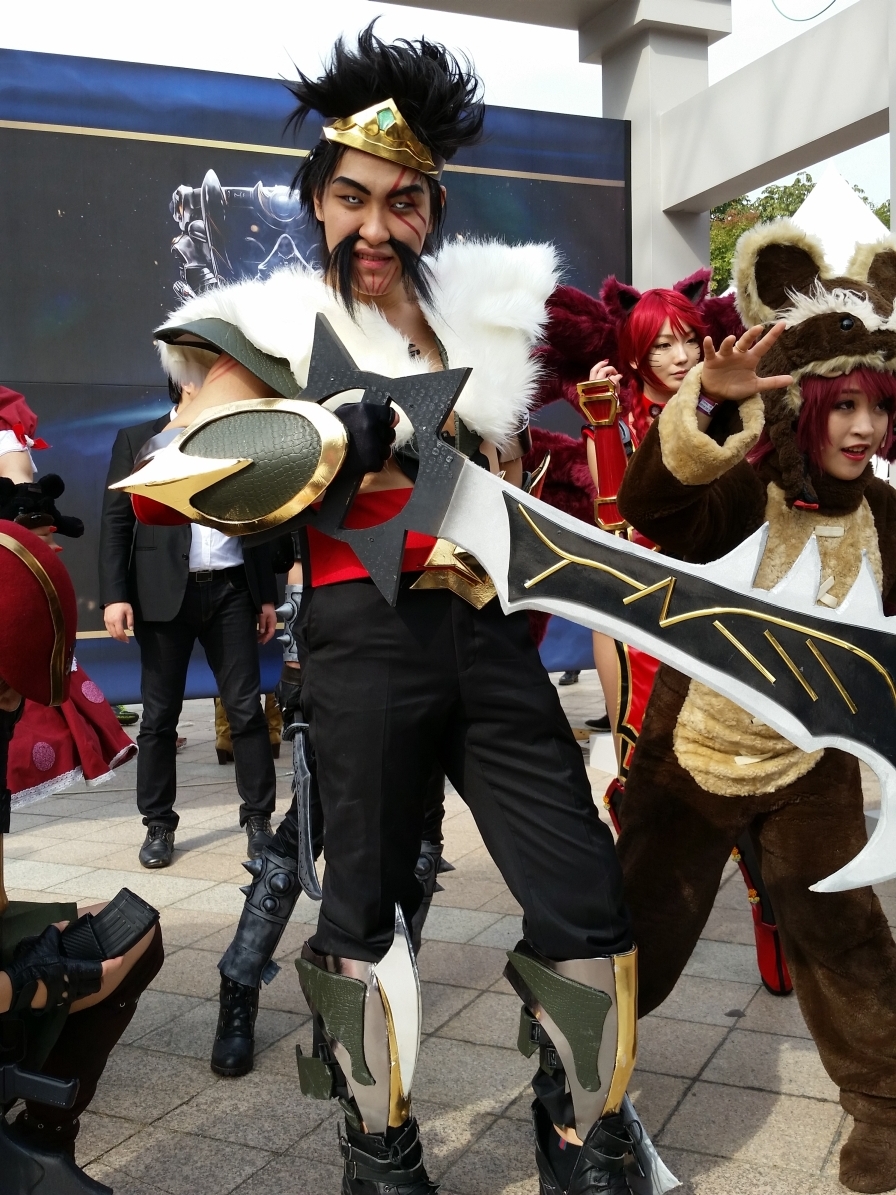 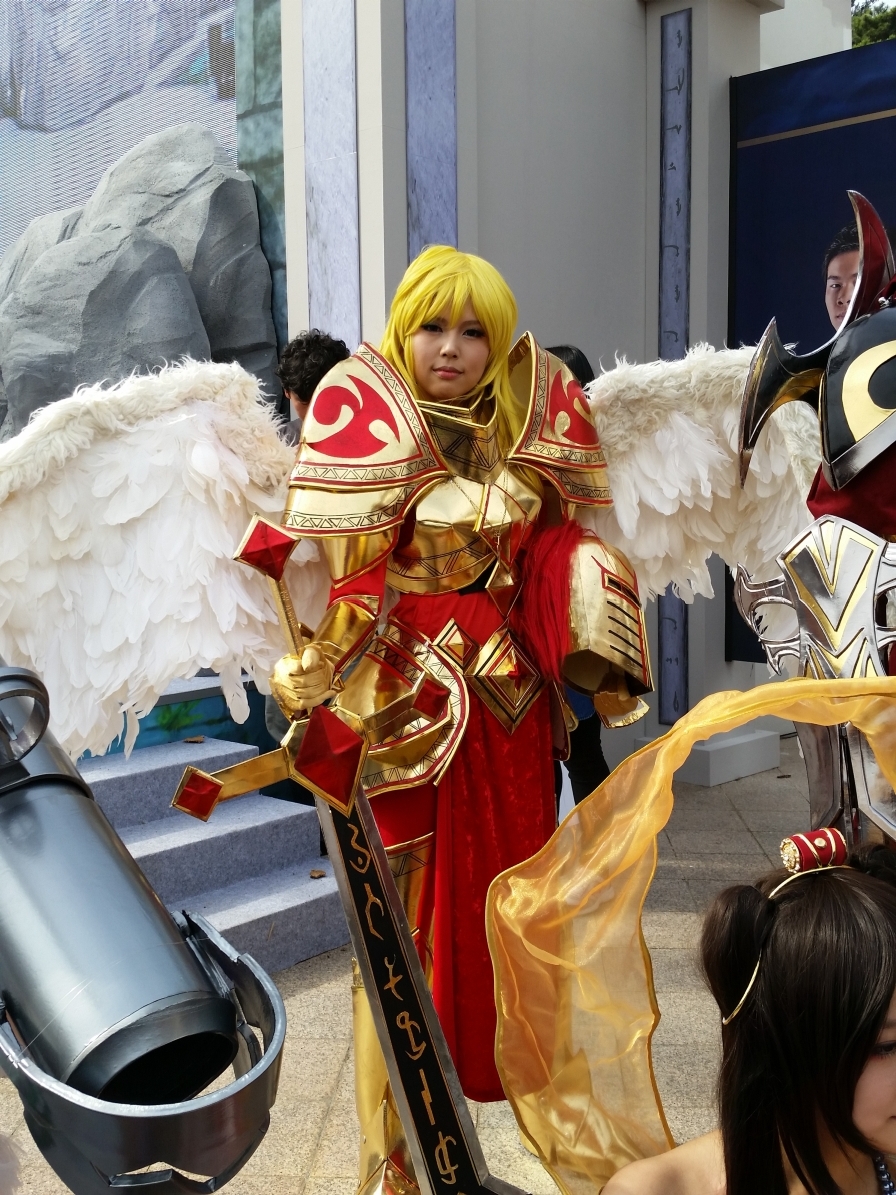 This Kayle had some seriously impressive armor. 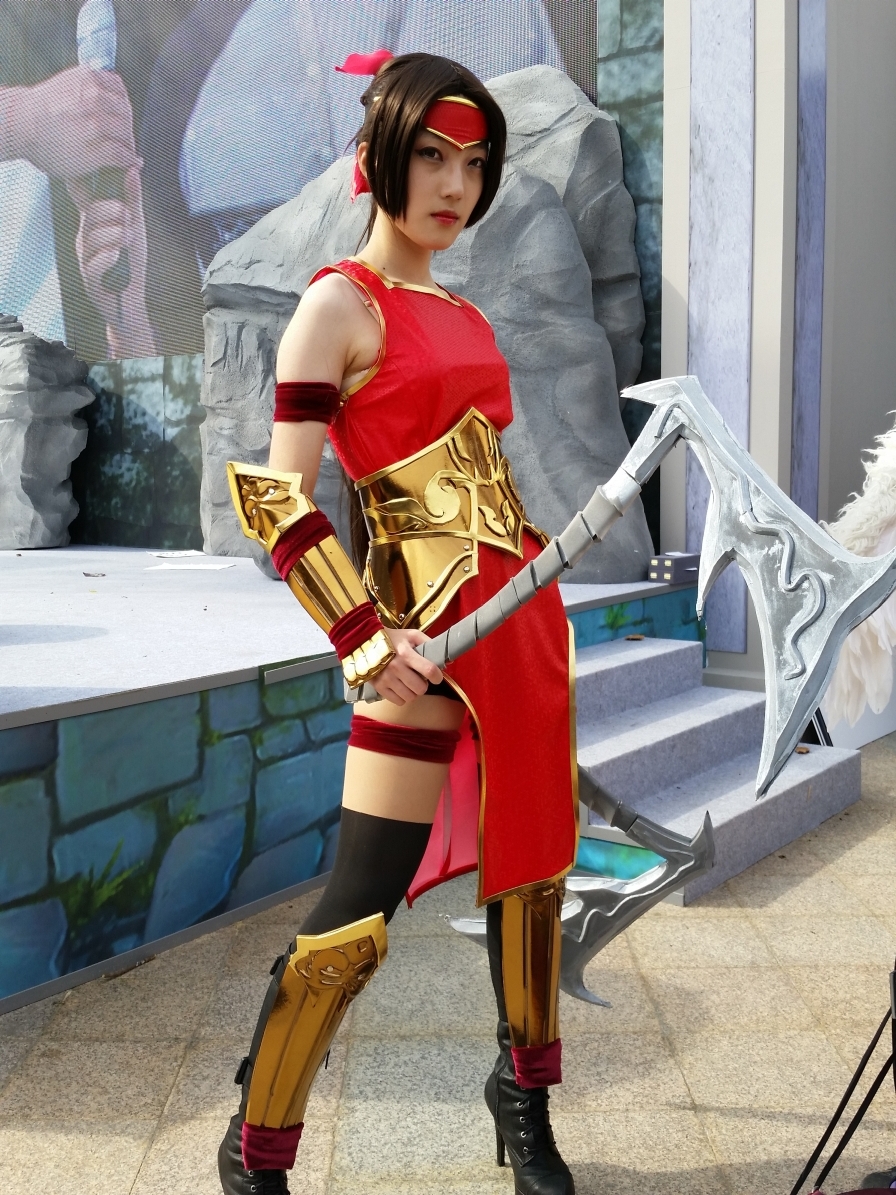 Akali, in her “Crimson Akali” skin. 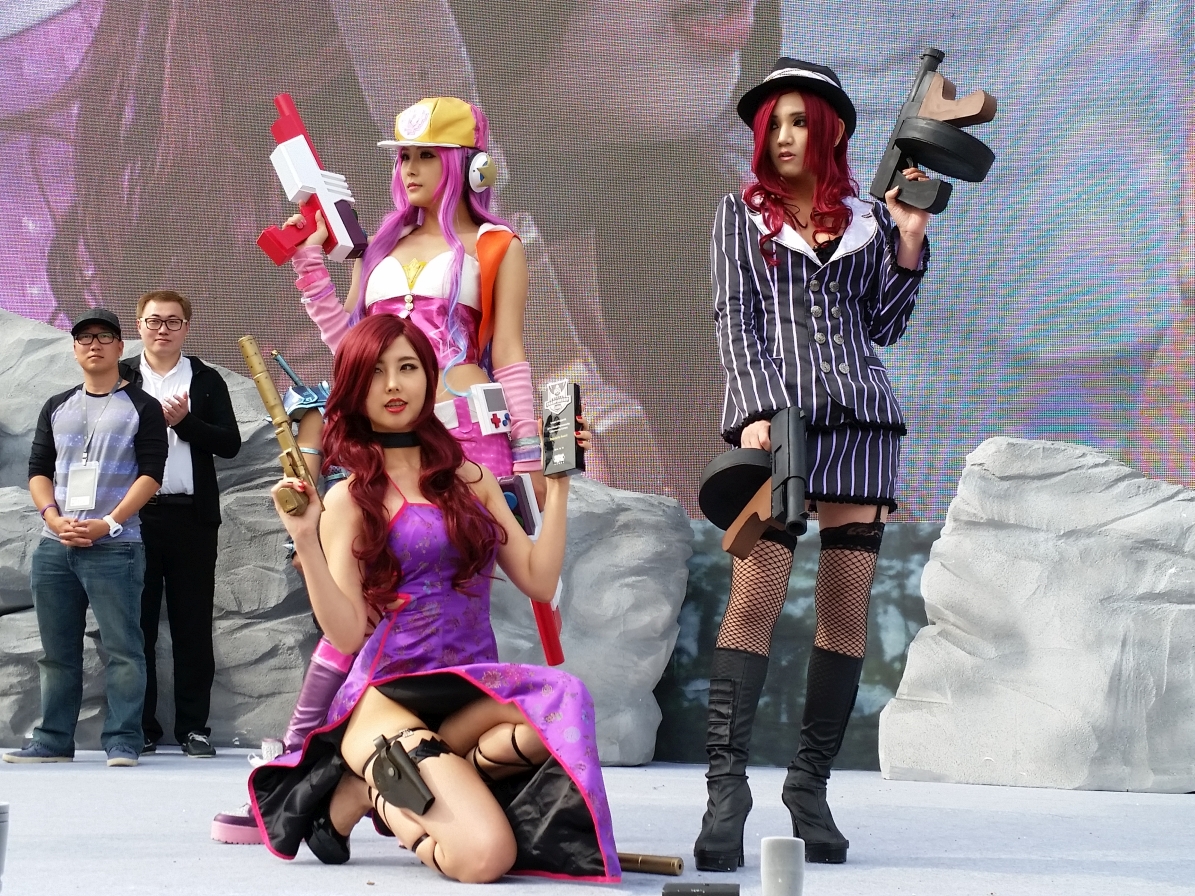 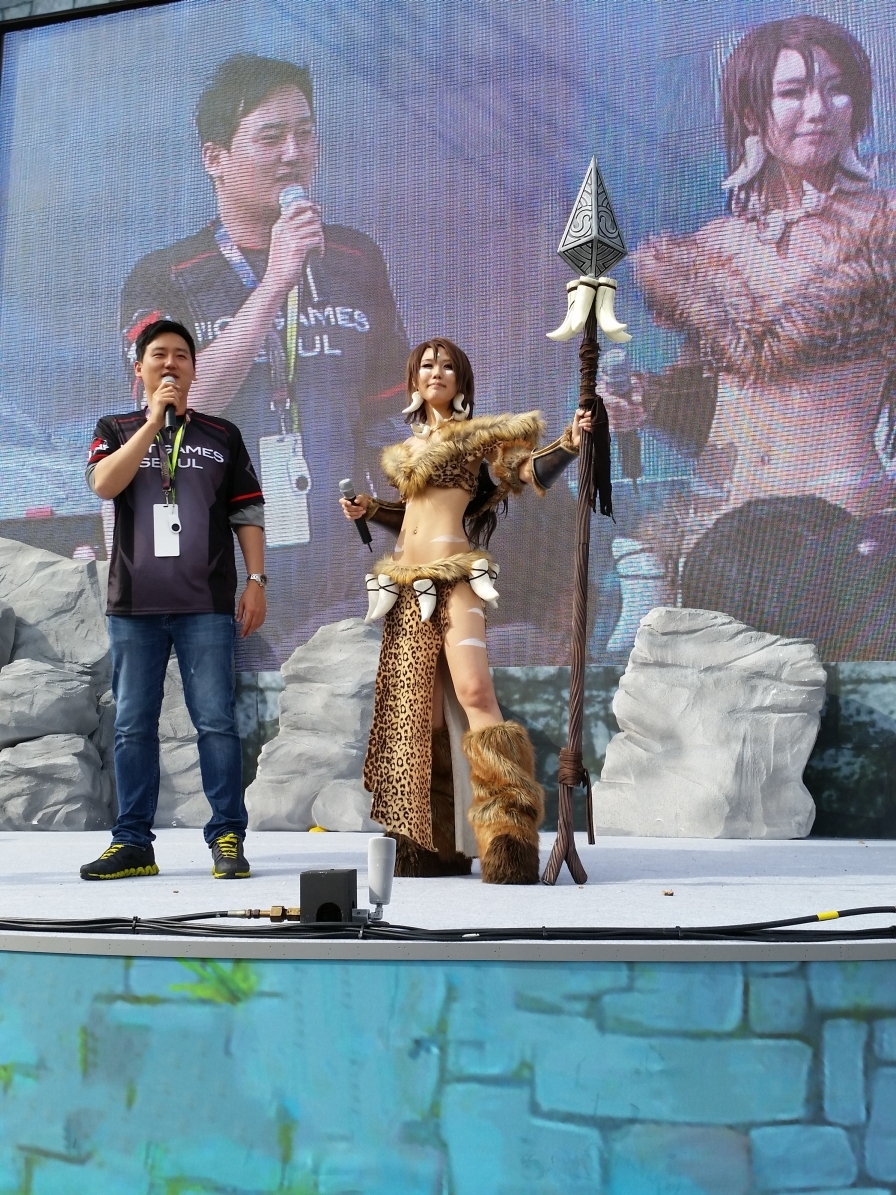 Even the presenter for the cosplay awards ceremony was dressed as Nidalee. 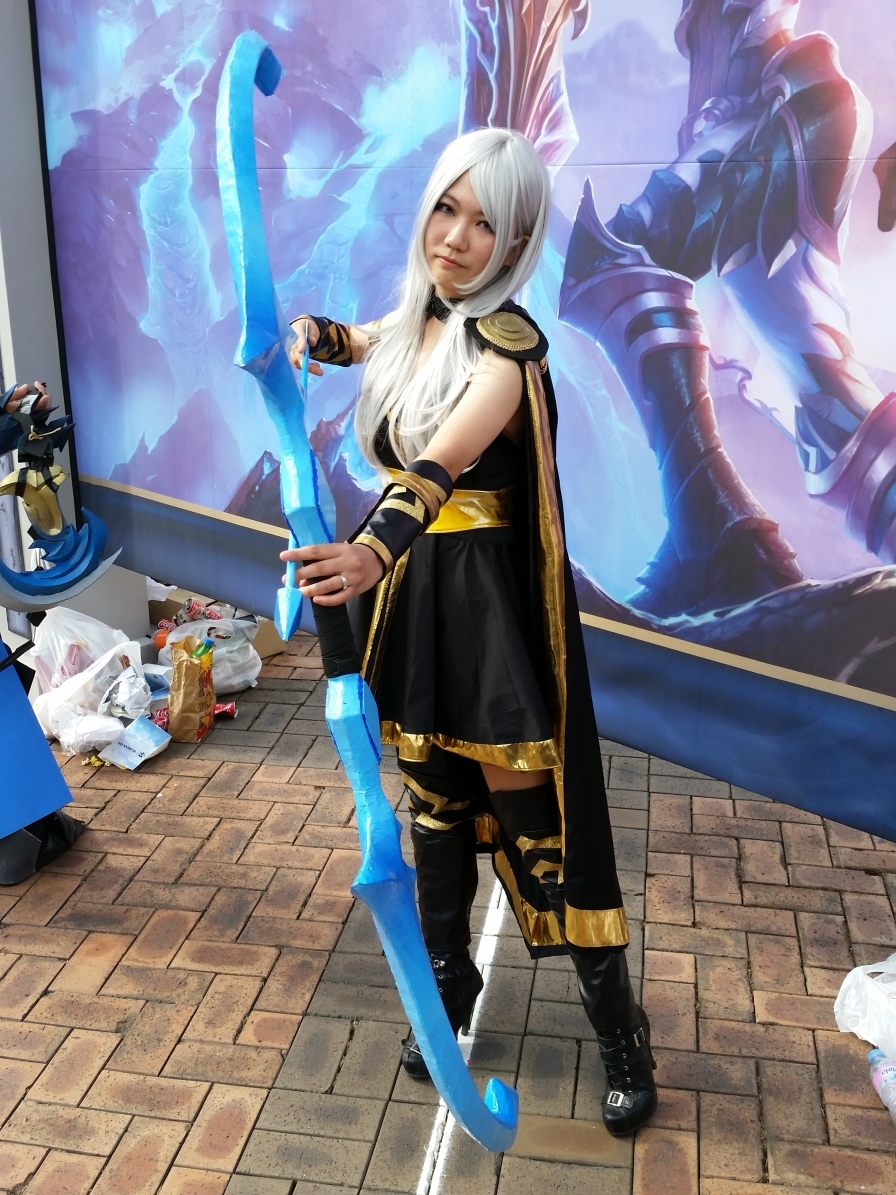 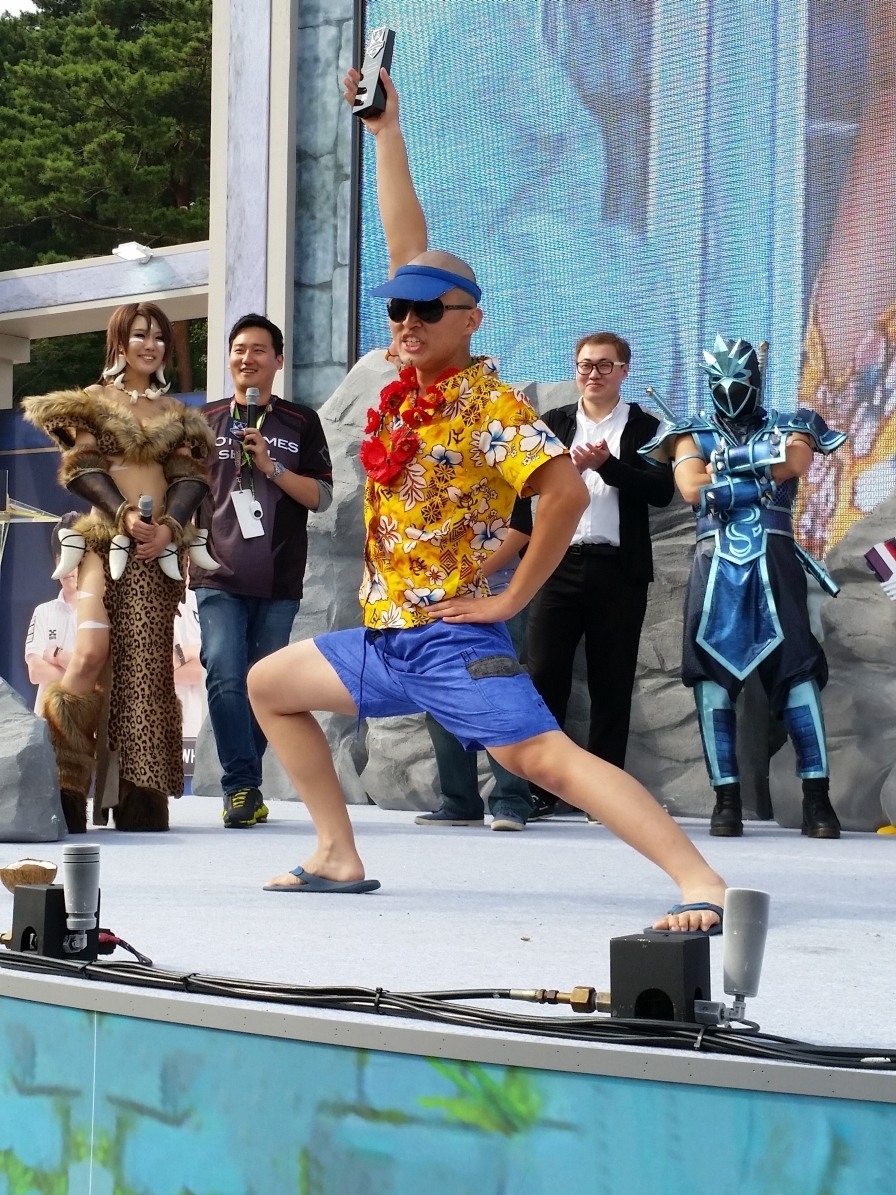 And last but not least, pool party Lee Sin lapping it up for the camera.

If you’d like to know more about the event, be sure to check out the rest of our coverage from the 2014 League of Legends World Championship.

Travel accommodations to South Korea for the World Championship Grand Final were paid for by Riot Games.