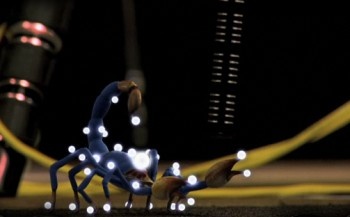 As the release of Deadly Creatures nears, developer Rainbow Studios has released a video of the “scorpion motion capture,” a danger-fraught session that demonstrates just how far they’re willing to go to make the best bug-based action adventure game the world has ever seen. (It’s also really funny.)

Curious about how the developers of Deadly Creatures were able to render scorpion animations so realistically? It turns out that getting a scorpion into motion-capture gear is a tricky proposition, but what’s bad for Rainbow Studios (and a poor team member named Jordan) is good, and hilarious, for us.

Okay, so it’s not exactly “real.” It’s still the funniest thing you’re likely to see all day. And you can’t tell me you’re not even a little bit curious about a scorpion in a mo-cap suit.

Check it out here.