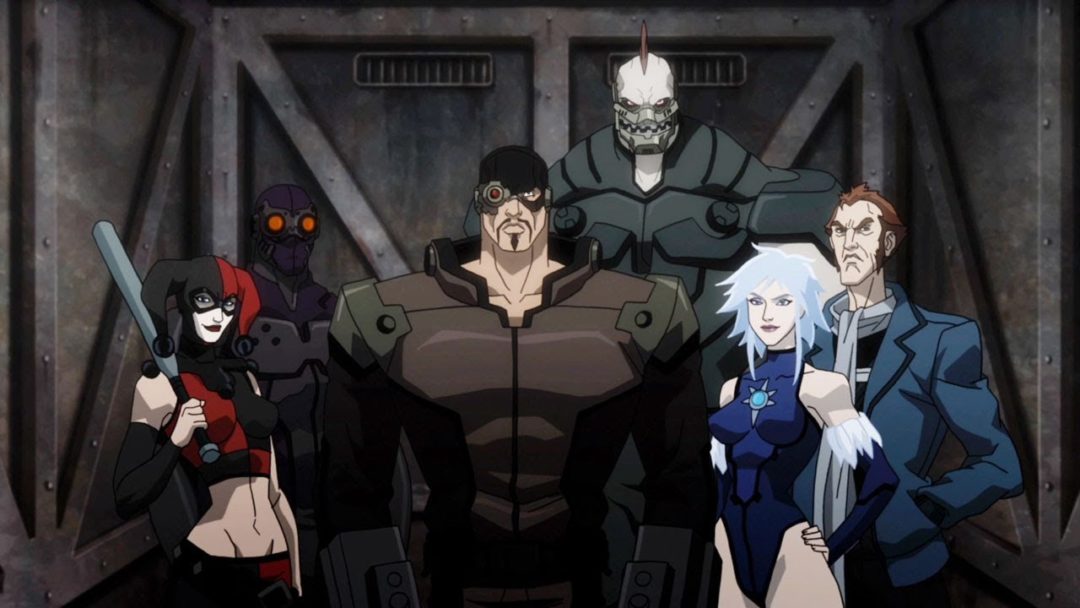 This story originally appeared on Flixist.

I know what you’re thinking — but first things first, just to be 100% clear, rest assured that I will be watching Endgame this week. Yes, reader, I’m on your side. Willingly or otherwise, I’ve sat through every MCU film released in the past decade (from Guardians 2 to Iron Man 3, would you believe it) and I certainly won’t be missing out on the finale.

Although it’s the cinematic event of the century (an overheard quote, verbatim) even film buffs are prone to superhero fatigue, especially after the big soupy showdown to end all showdowns. Maybe you’re just holding off a week so you don’t have to sit in a crowded theater. Maybe you hate Marvel films out of spite. Maybe you haven’t finished your MCU binge yet. Maybe you just want to watch something else. Whatever your stance, here’s a few suggestions for superhero films that are a little offbeat and will alleviate some of the Marvel saturation hitting screens — and wallets — over the weekend.

Thinking about ‘alternative’ superhero movies, these aren’t all just your classic cookie-cutter franchise favourites. Certainly, some adhere to the tropes of a superhero movie, with an ordinary Joe pulled from reality and thrust into extraordinary circumstances. But more than that, these films offer something a little bit unique, a break from the “Marvel formula,” a look at humanity in a different way, or perhaps a really compelling use of cinematography and effects, a subversion of usual character tropes or a gripping throughline. And while there are hundreds that could have made the cut — sorry, Batman Forever — these are a few that I have a personal affinity for and want to share in a little more depth.

I have to say, I’m really intrigued by the look of the new film from husband and wife team Julia Hart and Jordan Horowitz. Hart already has a directing credit to her name (2016’s Miss Stevens) and a number of acting appearances, while Horowitz happens to have produced La La Land, making him the World’s Best Producer. So it looks as if we’re in good hands from the onset.

The film is the story of a woman named Ruth (Gugu Mbatha-Raw) who’s forced to go on the run in order to hide her powers, the ‘Fast Color’ element deriving from the way in which she perceives the world around her. As far as comparisons go, I’m inclined even to compare it to A Wrinkle In Time (in which she starred last year), in that it’s about a young woman entering into a kind of fantasy that helps her to discover her true power. But even more so, I feel like it’s much more akin to a J.J.Abrams thriller with its sprawling landscapes, otherworldly powers in conflict, and a deep look into humanity and what it means to be alive. To this end, Mbatha-Raw also starred in The Cloverfield Paradox and while Abrams hasn’t been involved in Fast Color, his influence seems apparent.

There are stunts, there are special effects, and the original and imaginative screenplay looks as if it could have come from the pages of a recently-adapted dystopian novel, so well constructed is the fictional world. From a two-minute trailer, there’s only so much of the film that can be done justice, but I feel as though this is going to be a fantastically performed film with a rousing score at the very least championing under-represented groups in a thoughtful and novel way.

Some would argue that it’s not even a superhero movie, but I lay my case before you. Scott Pilgrim is a true genre-bender of a film, blending traditional narratives with kinetic comic-book action, an amalgam of cartoons, pop culture memorabilia and video games in a frenetic haze of sound and color. I’m a huge Michael Cera fan, a big Edgar Wright enthusiast (suffice to say that Hot Fuzz was filmed painfully close to where I grew up), and so Scott Pilgrim was a film long anticipated. For ages it was the only film I knew which could self-consciously serve up conventional tropes then tantalizingly drop-kick them into cartoon explosions.

Admittedly the plot is pretty conventional at surface level: Scott has to defeat a string of his girlfriend’s exes, and it’s the boy-chasing-manic-pixie-dream-girl trope we’ve seen a hundred times. But what stands out about this movie is the sheer originality of its cinematography, the way in which we became immersed in the story as a gaming entity long before immersive entertainment and VR hit the domestic market. We’re whipped between frames, translated into different points in time and space effortlessly. Words spontaneously appear and combust; electric guitars beam baddies from the sky.

This is Wright at his most creative, and while poor, misguided Scott’s dreams seem out of reach, it’s a sophisticated play on an Arthurian legend, of seeking the Holy Grail or searching for Camelot, that holds this film together: tradition meets futurism. Our hero is on an epic quest for the girl of his dreams, and only by defeating what’s in his way can he become his true self. To me, that’s why Scott Pilgrim is a true superhero movie: it shows that even the most ordinary person can be a hero if they put their teenage rock-legend-video game-fueled-fantasy into practice.

I don’t know if this is strictly speaking an alternative, owing to the fact that it’s part of a major franchise now surrendering all its valuable IP to the House of Mouse. But I’ve chosen the original X-Men because this first — and in my opinion, best — installment doesn’t get much of a look-in these days. It’s remained my favorite and I like to think that it’s aged pretty well, even though it was released a dizzying 19 years ago.

There’s something about Marie running away from home and finding a friend in the haunted Logan that always seemed intriguing; there’s something sweet and melancholy about Xavier and Magneto’s doomed friendship, not to mention that the whole concept of the school for gifted mutants and Xavier’s paternal instinct towards these outcasts/misfits. While I’ve enjoyed the various iterations in recent years from First Class to Days of Future Past, I feel as though they’ve somewhat diluted the original message. The original trilogy were ground-breaking both in terms of special effects and because of its stellar cast and while Marvel may have ruled the roost for the last ten years, becoming more outlandish and outrageous with every film, it’s X-Men that will always have the most powerful throughline.

Director Josh Trank is perhaps less favorably remembered for his 2015 Fantastic Four reboot, but before that, he was the mastermind behind Chronicle — a truly alternative superhero movie that’s a little under the radar but a stand-out of found-footage films of the last decade or so.

Chronicle is the story of Andrew (Dane DeHaan), a reclusive teen who films his everyday life on a handheld camera. One night after attending a party with his cousin and friend (Alex Russell and Michael B. Jordan), they find a mysterious object down a tunnel, which gives them superpowers. Initially one would want to avoid that kind of cliche — the handheld camera gives it a kind of realism that deters from such pitfalls. Nevertheless, through their own doing, the high-schoolers are thrust into an existence where they have extraordinary power which are soon used to cause havoc, overwhelming their lives. It explores the darker side of powers — even of teen angst — and while the filming technique seems to avoid the classic fantasy element of superhero movies, it’s the proximity of the camera that makes it so immersive. The shock factor is evident, and while there are implicit lines about power and responsibility, it all becomes a little more real when the boys face up to the troubles in their own lives.

You may want to read the film as a psychological manifestation of angst, in the way that something like Bayona’s A Monster Calls is a way for a character to physically understand and express their troubles. Or you might just want to watch Chronicle for sheer entertainment, to see how Trank has decided to play with cinematography. Either way, it’s a multi-layered film that serves to subvert the superhero genre and offer something different.

Now, hear me out. Arkham isn’t the best of the animated Batman films — it’s probably as low as 8th or 9th, and that’s generous — but I found myself surprisingly invested in this on first viewing and for that reason, it’s getting a spot as one of my top five alternative superhero movies. I’m not usually one for traditional animated superhero flicks but it has all the momentum of a live-action thriller. And despite a long held view that I just wouldn’t be able to suspend my disbelief for long enough, I found the animation actually lent the genre a whole other level of credibility — just made it so much more fun to watch.

It’s pretty widely regarded that Batman: The Animated Series throughout the mid-90s gave some of the best character development and animation services to the archetypal characters — with Kevin Conroy’s Batman and Mark Hamill’s Joker locking horns, you’d hardly be surprised. Following this iconic series’ most notable iterations, Batman: Mask of the Phantasm (1993) included, I was honestly amazed at the vast catalog of movies that followed. It was more by accident that I discovered Arkham, but I’m glad that even a recent animated version could prove to be so entertaining.

The plot is fairly formulaic: Batman is in a frenzy trying to locate a hidden bomb, fending off the Suicide Squad while battling the machinations of the Joker (sadly no longer Hamill, but Troy Baker makes a decent sub). We’ve seen it before, but it felt freshly entertaining seeing this for the first time. There are faceless villains from the off, with something wonderful about the conviction that the voice actors give to the roles. There’s dialogue so razor sharp I couldn’t help but laugh. And I really enjoyed the quality of the animation, the noir-ish chiaroscuro shading and femme fatales seeming to be an element missing from even the best live action films today.

Despite seeing it unashamedly out of sequence with the rest of the films — something I ought to rectify — it proved that you could take your pick from the impressive DCEU animated catalog and you won’t be disappointed. Arkham, in all its 3-star-average glory, shows that even unassuming titles can show a whole different perspective on superhero movies. After all, life’s too serious — and a heck of a lot of fun can sometimes come from the most unlikely of places.

Sian Francis-Cox
Sian is a regular contributor to Flixist, with bylines at Destructoid, and has worked as managing editor for Film Enthusiast. Her specialism is in early European arthouse cinema, and her tastes vary from silent comedies through Rodgers & Hammerstein musicals to Marvel.