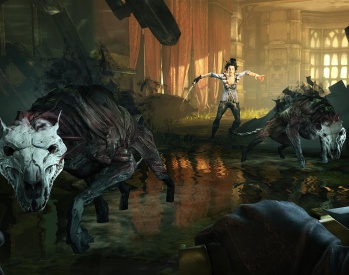 Dishonored: The Brigmore Witches, the last installment in Daud’s story, is due soon and, as always, there are achievements to be had. But what kind, and what story hints do they drop? There’s a list here just for you, but if you don’t want to know what’s coming, best hide your eyes, or at least lend them to a passing stranger for ten minutes or so.

So Corvo will be returning for this one, but in what context? Is this a flashback scene to the assassination of the Empress – an event which takes place before the DLC – or something else? You’ll have to wait a while to find out. This one’s due August 13 for the Xbox 360, PlayStation 3 and PC, and will cost $9.99 (800 Microsoft points).