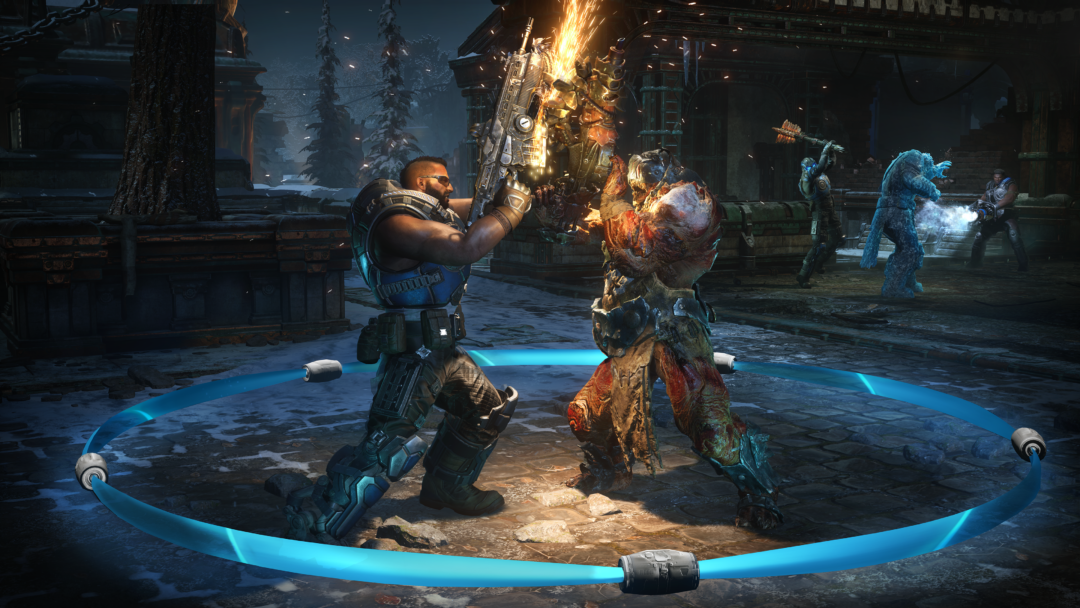 The Coalition is revving up Gears 5‘s versus multiplayer beta. The Microsoft-owned studio helming the Gears of War franchise shared a blog post regarding the Gears 5 Versus Multiplayer Technical Test via the official Xbox website. The press release explained what the beta will entail, how to access it, and the tech test’s start and end dates. Dana Sissons, Director of Communication at The Coalition, explains the following:

Multiplayer fans of all types can enjoy these weekend test sessions, as you’ll get to play Escalation (our updated competitive gametype) along with Arcade (a new and approachable multiplayer gametype) and a longtime fan favorite: King of the Hill. For players new to Gears or those that want to practice their skills and learn new mechanics we’ve added our new training mode – Bootcamp. The Tech Test also features a short Tour of Duty, which is a series of challenges for players to earn content – completing all of these challenges unlocks an exclusive Tech Test Banner. Players can also unlock three Versus Weapon Skins by completing some additional challenges.

Gears 5‘s tech test will be accessible on Xbox One and PC through Xbox Game Pass or preorder. With Xbox Game Pass, the beta will automatically download on July 17, and preorders will require the input of a 5×5 code. If playing on Xbox One, an Xbox Live Gold subscription is required. The tech tests will be active on two separate weekends starting at 10 a.m. PDT on July 19 – 21 and July 26 – 29 respectively. Unless there are changes, the Gears 5 multiplayer tech test won’t feature any updates for its campaign or Escape, the 3-player Left 4 Dead-style cooperative mode revealed at E3 2019.