This week BioWare announced that the upcoming MMO The Old Republic would have a fairly merciful, non-punishing death system. This was met with objections from players who are looking for more challenge in their online games. So let’s talk about this.

First off, I don’t know that we should be surprised. Developer BioWare isn’t exactly your go-to company for challenging skill-based gameplay. They’re in the business of making character-driven experiences that are dense with story and dialogue. It would be a major shift of focus for them to suddenly attempt to make a game focused around skill-based progression. Online games are already fairly gentle as a rule, so it would be quite a risk for BioWare to break from conventional wisdom and their own strengths as a developer. It’s not easy to make a properly challenging game, and it would be reckless for them to attempt it on a project that’s already overdue, overbudget, and out of their area of single-player expertise.

But the main thing I want to talk about is this idea that punishing gameplay equals “challenging” gameplay. I understand where these challenge-driven players are coming from. There aren’t a lot of games these days that offer that old-school Nintendo hard experience. A few games like Super Meat Boy, Prinny, Demon’s Souls, and the legendary I Wanna Be the Guy do offer that sort of experience, but the vast majority of games are designed to be beatable by nearly everyone. If you’re one of these hardcore challenge hounds and you’re looking for a game that will push back and make you work for your victory, you don’t have a lot of titles to choose from. But what these players are asking for in The Old Republic isn’t a game with more challenge. They’re just asking for a game with more punishment.

Think about a largely skill-based game like Force Unleashed. While individual tastes vary, I don’t think it was considered a particularly hard or easy game. It was fairly middle-of-the-road. Now imagine the game without the checkpoints, so that if you die you have to start the entire chapter over from the very beginning. The combat and gameplay mechanics are otherwise identical, it just sets you back more when you fail. If you think about it, this doesn’t make the game any more difficult to beat. It takes the same level of skill to reach the end of the game. The game isn’t hard, it’s just hard to enjoy. 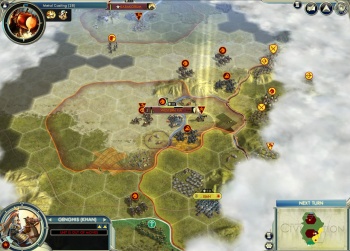 The Civilization series is a great example of a deep game. Just about anyone can beat it on the default difficulty, but it takes a little while to learn to play well enough to reach that point. Your first few games will likely end in something less than total victory while you ride the learning curve, but after that you’ll be able to steamroll the AI opponents easily. (Luckily, the game has a lot of difficulty tiers above the default one, just daring you to find out how high you can go.) Civilization is a deep game, but just about everyone capable of using a computer can reach victory once they learn the ropes.

At the other extreme end of the scale is a skill-based twitch game like Super Mario Bros., where you can learn all of the controls in about six seconds, but the final levels are still challenging enough to daunt a majority of players. There is no way around it: Those jumps are hard. They take a great deal of skill to execute, and some people will never be able to do it no matter how hard they try.

This latter kind of challenge would be a real risk in an MMO title that requires mass appeal in order to survive. The first sort of challenge – that of depth – is the direction these games usually go, and they sometimes live or die based on how well they can ease new players into their intricacies.

Adding raw punishment is probably the worst thing you can do for an online game. Players calling for death to “mean something” are asking the developers to sabotage the core mechanics. Remember that there’s a lot of overhead to teaming up in an online game. It takes time to find other players working on the same content, with the same goals, and at the same level, and it takes a while for everyone to get together. If one or two people leave, the rest of the players are faced with the prospect of waiting around for replacements. This increases the odds that other players will leave. Very often having a party of players get wiped out in an online game leads to the group unraveling or disbanding.

If death is more punishing, then it makes grouping even more volatile. When a group of players experiences a setback (several party members killed, perhaps even all) it breaks the flow of the game. If the setback is too big – if it takes too long to get back to the point of progression – then players are more likely to get bored and quit. If the setback is very punishing – like characters incurring XP debt or high monetary penalties for death – then careful players will be less likely to stick with a struggling group. The game will be filled with frustrated party members who all blame each other for their in-game and out-of-game losses. Nobody wins when that happens.

I understand that challenge-based players are frustrated by their position as a niche group. (Welcome to my world. Do you know hard it is being a fan of good, coherent storytelling these days?) But demanding it in an online game intended for broad appeal with a focus on story is perhaps not the best place to go looking for your fix. (I’d bug the developers of action-based games if I were you.) In any case, don’t confuse a true test of skill with simple punishment. One is raising the hurdle, the other is just keeping the hurdle low but placing it so far away that most people won’t want to make the trip.

You Got Your Peggle in My LittleBigPlanet2

Check Out this Father and Son Stormtrooper Scrapbook