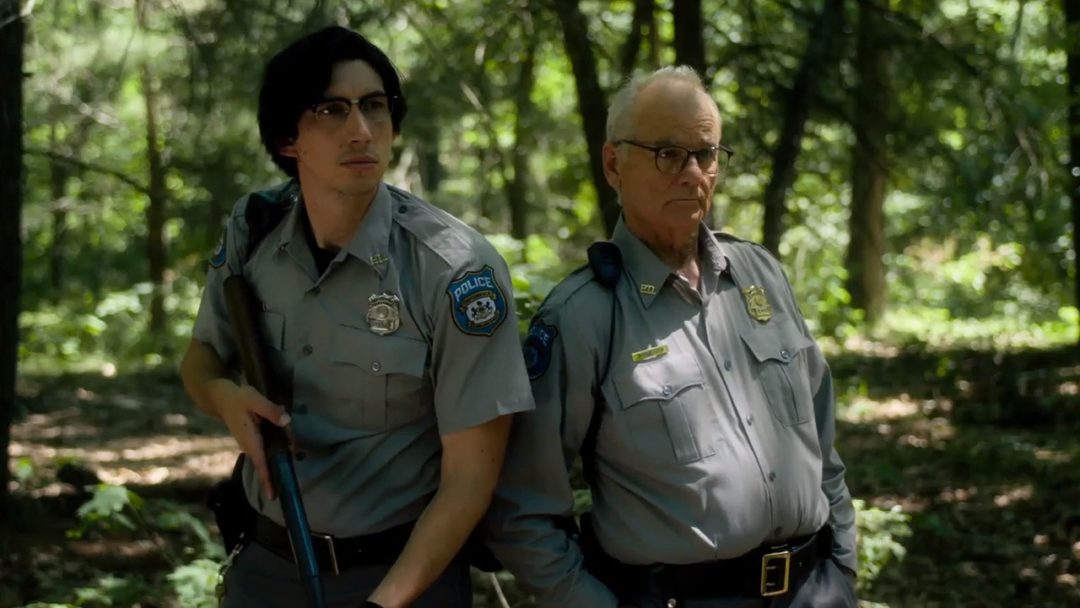 Over the last 20 years, a viral plague of zombie fiction has spread across the land.  From just a handful of zombie films in the 1990s, the genre has lurched to a high of more than 30 in 2008, with an average of 15 or so every year through the 2000s and 2010s. There were a total of 69 zombie films in the 1980s, 46 in the 1990s — and more than 170 in the 2000s. Zombies have infected virtually every other genre, from Regency romance, to Christmas musical, to literary fiction, family sitcom and epic fantasy. There is no escape. All art must die and rise again, undead.

Jim Jarmusch sees the plague coming, and bares his throat to the toothy apocalypse with an air of amused, world-weary resignation. His latest film, The Dead Don’t Die, is a comedic zombie film about the death of zombie films that also recognizes that zombie films can never die.

There have been zombie comedies before. George Romero’s classic 1978 Dawn of the Dead is an exercise in gallows laughs, and Edgar Wright’s 2004 Shaun of the Dead is a slapstick goof, in which gormless humans and gory undead can’t even tell each other apart.

Jarmusch’s film owes a debt to these earlier shambling examples. Police chief Cliff Robertson (Bill Murray) channels Dawn of the Dead when he observes, with bemused flattened affect, that the undead townspeople return to what they loved in life, which in this case is a sports field rather than a mall. The dead mutter “free wi-fi” and “chardonnay,” connecting the banal consumption of capitalism to the grotesque consumption of cannibalism in the best zombie black humor tradition.

But The Dead Don’t Die doesn’t just think zombies are funny. It thinks zombie movies — and all movies — are funny. The zombie apocalypse is caused by “polar fracking” which has knocked the earth off its axis. Daylight hours are out of whack; characters head for bed when it’s still full light out, while the final zombie night drags on and on endlessly. It’s a transparent, winking riff on the fact that movie time is entirely arbitrary. The supposed hour of the story isn’t the hour when it was shot, nor the hour when you watch it. Daylight, dusk, and the undead are all movie tropes, a facsimile of life.

The movie breaks the fourth wall in more explicit ways as well.  Officer Ronnie Peterson (a gloriously unresponsive Adam Driver) says early on in the movie that “this is going to end badly.” He also figures out almost instantly after discovering the first partially devoured corpse that they’re dealing with a zombie apocalypse. When Cliff demands to know how Ronnie knew so much so early, the deputy explains that he has read the script. Cliff (or Bill Murray) responds with exasperation, grousing that Jim only showed him his own scenes rather than the entire movie.

Even Ronnie, with his knowledge of zombie conventions and his extracurricular reading, isn’t quite prepared for the performance of Tilda Swinton as town coroner Zelda Winston. Zelda speaks with a thick Scottish accent, wields a zombie-decapitating Japanese sword, and (spoiler) towards the end of the movie is beamed aboard a flying saucer. She’s an amalgam of all those zombie crossover films — a character who seems to have wandered in from another movie or from four or five other movies.

Critics generally want something more from a film than the message, “Hey, you’re watching a movie,” and reviews of The Dead Don’t Die have been predictably lukewarm. But if you’re willing to give yourself over to its concussed deadpan rhythms, the film offers many rewards. Murray is wonderful in the first straight comedy role he’s had in years; Iggy Pop’s bit part as a zombie has to be one of the most perfect casting choices of all time. Selena Gomez as a perky hipster on her way to a gory demise is so wrong it’s right. The movie is a Monty Python sketch that has drunk a gallon of cough syrup. Absurdity happens very slowly, like those zombies coming towards you before detouring to use the wif-fi then getting up and coming back at you.

There’s always a powerful impulse to try to explain the sudden appearance of zombies and The Dead Don’t Die is happy to play the game. The zombies in the film are connected to environmental destruction, to capitalism, and to current politics — one of the victims of the onslaught is a racist Trump-hat wearing asshole farmer played by Steve Buscemi. Maybe we’re fascinated with zombies because of our fear of natural disasters or political upheaval. Maybe zombies stand in for the futility and general corruption of modern life. The one guy who survives the undead onslaught is an old hermit played by Tom Waits, who mumbles pessimistic platitudes as he watches the city folk stagger towards their inevitable ends.

But all of these seem like shambling shells of explanations rather than real justifications. Jarmusch isn’t using zombies to talk about capitalism or environmental degradation. He’s just including capitalism and environmental degradation because those are tropes that show up in zombie stories. If there’s a moral here, it’s not political or ethical. It’s just that shit happens.

Some of the shit that happens is the inexplicably popular zombie genre itself, which should be dead but keeps rising anew. It has no purpose, it has no goal, and it has no end. But Jarmusch doesn’t see that as a reason to despair. Instead he wants you to know it’s fun to watch the pallid imitation of life, whether your looking at zombies, at movies, or at both at the same time.