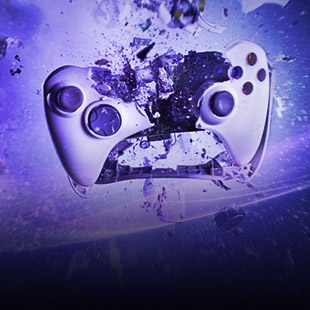 It’s the rare gamer who doesn’t also have interests in other facets of geek culture. The same people who play Civ V also love sci-fi movies, or comics, or dabble in astronomy. An argument about the plot of GTA V can turn into an argument about Lord of the Rings, before moving on to min-maxing strategies for a half-elven ranger in Pathfinder. We all choose various ways to escape from the everyday, and it’s not always through video games.

Since its inception in 2005, The Escapist has focused on bringing you the best coverage of the video game industry from in-depth feature articles and video series to news on current events and press conferences like E3. We have some of the most insightful video pundits like Yahtzee Croshaw who skewer the gaming industry on a weekly basis, and some of our video game reviews, now under Mr. Jim Sterling, have been some of the most discussed on the web. (Please don’t mention Dragon Age II again. Ok? Thanks!)

In addition to video games, we’ve also brought you movie and pop culture criticism from MovieBob with his Escape to the Movies and Big Picture series. Lately we’ve been presenting science news stories, reporting on what DC or Marvel is doing with their comic book lines, and nerding out about the latest boardgame on Kickstarter. We’ve shared our fascination with the artistic ability of cosplayers and go out of our way to showcase their work from conventions like New York Comic Con.

You see, we always planned on presenting a more complete view of all geek culture – that’s why we called our publication The Escapist back in the day and not videogamewebsite#5.com. We want to turn our Eye of Sauron onto all facets of nerddom and now we have the chance to make this grand strategy a reality.

In 2014, The Escapist will be expanding its coverage into five official channels – Video Games; Science and Tech; Movies and TV; Comics and Cosplay; and Tabletop. You’ll get the coverage and analysis of video games you enjoy now in its own channel, while also being able to click on the different topics to get news and features more focused on what you’re interested in. Want to find out about Movies and TV? Click on the heading and it will bring you to a page devoted to stories on Game of Thrones or Star Trek. Like stories about space or robotics? Click on Science and Tech and cower at the feet of our robot overlords.

We’re in the middle of adding support for these channels to the website right now and hope to roll out a beta version to our Pub Club members in the next few months. In the meantime, you’ll start seeing expanded coverage on The Escapist as the new editors begin publishing their work.

That’s right, there are some new folks at The Escapist. Some of the additional staff will be heading up the individual channels, while some others will be contributing to the production pipelines we have in place. I’m pleased to welcome these additions to Team Escapist:

You’ll be seeing their work pop up on the site soon, if you haven’t already, and we’ll be sure to invite them to call into the Podcat so you can hear from them on a more personal level. Jonathan Bolding is also taking over as Senior Editor – Tabletop, so expect to see board games, miniatures and tabletop roleplaying games covered more often on The Escapist.

In addition, we are making some changes to the way our YouTube channels are presented. Andrea Rene, host of Escapist News Now, will be running a new channel which will concentrate on short video news segments and events coverage. We will be splitting our other YouTube content into easily digestible sections that will make it easier to subscribe to the content you want to watch. You’ll learn more about that in the next few weeks.

2013 was a great year for The Escapist, but 2014 will be a greater one! I’m looking forward to bringing the new editors into the fold and publishing a bigger cross-section of geek cultural content for you, our loyal readers.

As always, I’m here to discuss any concerns you might have and answer all your questions. Ping me on Twitter or send me a PM. Let’s talk!