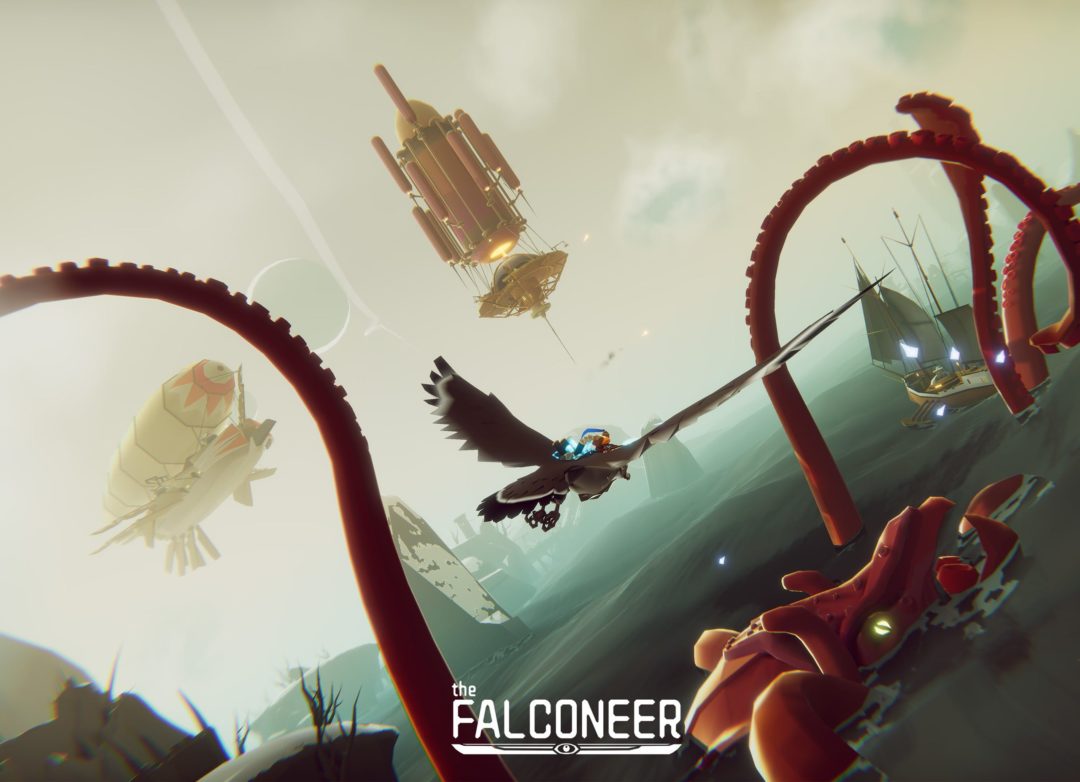 Pre-Gamescom announcements are in full swing and The Falconeer is swooping in to join the party with a new teaser trailer.

The Falconeer, developed by Tomas Sala, has been in development for some time now. Its new publisher, Wired Productions, has released the new trailer to its YouTube channel. The game describes itself as an “airborne ocean-world fantasy RPG” with dogfighting mechanics and a handful of unique twists and settings in the Great Ursee. You play as a great falcon rider with a selectable background history, and there are different factions to join and support as well.

The teaser above sets a somber tone and only shows off a few quick peeks of The Falconeer’s bird-filled oceanic setting. In reality, the game will feature exploration and intense air combat as players hunt for secrets while fighting off enemies.

Playing with a weapon-wielding bird may seem like the highlight, but some of The Falconeer’s backgrounds and art manage to steal the show based on some existing footage.

The Falconeer is more than just talons, too, as some strategy will play a part when players upgrade weapons and abilities. For a better look at some combat and general exploration in the game, check out the game’s Facebook.

The Falconeer has not locked down any platforms quite yet and is set for a 2020 release.

Spelunky 2, the Roguelike Cave Explorer, Delayed to After 2019