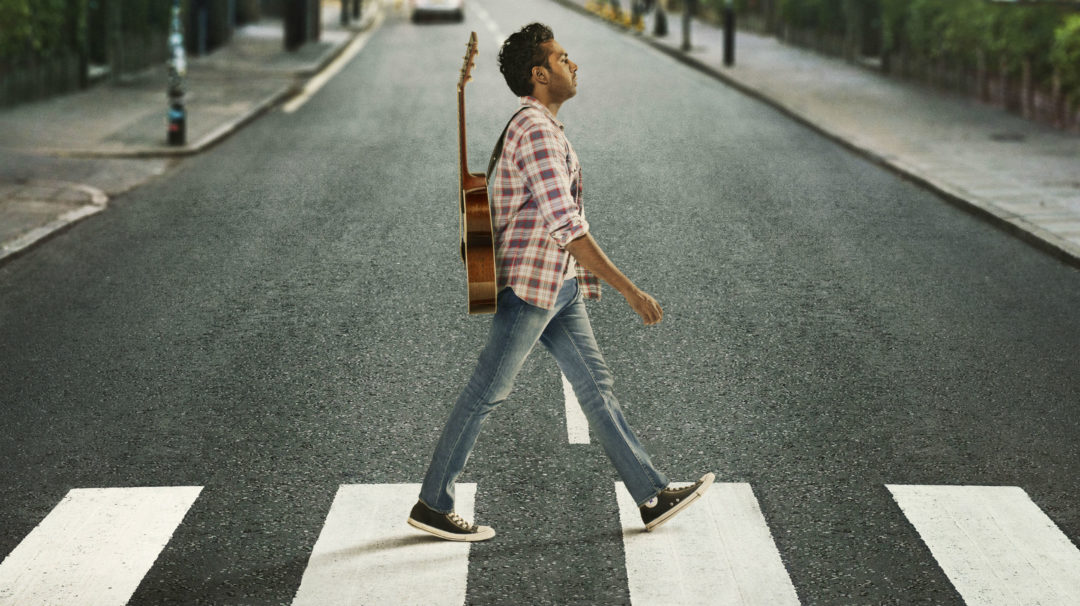 In Danny Boyle’s fantasy romcom Yesterday, failed singer/songwriter Jack Malik (Himesh Patel) wakes up one day to discover that he is the only one on earth who remembers the songs of The Beatles. Using this knowledge, he quickly rockets to fame and fortune. Along the way, he discovers that John Lennon is still alive; he never became a celebrity, The Beatles singer and songwriter wasn’t assassinated in 1980 and is instead a happy, healthy 78-year-old. Lennon offers Jack romantic advice gathered from a full life well lived, telling him to commit to his true love and generally fight the good fight. Inspired by John, Jack is able to bring his rom-com plot to a happy ending.

There’s only one problem. The real John Lennon wasn’t some sort of love guru. He actually treated his family horribly. In a 1980 interview, he said that he beat the women he dated. “I was a hitter. I couldn’t express myself and I hit.” As his career blossomed, he neglected and hit his five-year-old son Julian. He cheated on his first wife, Cynthia Powell, with other women including artist and musician Yoko Ono.

His relationship with Ono wasn’t idyllic either. Lennon was so controlling that he demanded she accompany him everywhere, even to the bathroom. Fans then blamed her for being a constant presence that broke up The Beatles.

The writers of Yesterday might counter that Lennon was such a horrible person because of his success. Perhaps he would have been a less angry and violent man in the world of the movie, where he never became famous. This is a dubious argument. A lot of Lennon’s rage stemmed from his difficult relationship with his own distant and often absent father. He was also an extremely ambitious person. It doesn’t seem likely that he would have been a nicer person if all of those ambitions were thwarted.

The film doesn’t even try to make a case that success ruined Lennon. When Lennon starts to talk about his happy life, Jack doesn’t say, “So you treated Cynthia and Julian better, then?” There’s no mention of John’s abusive actions in the real world. Jack remembers The Beatles’ songs, but he doesn’t remember Lennon’s history. The musician is treated as a sainted figure not just in the alternative timeline, but in our own.

So, what’s wrong with that? Yesterday is a fantasy movie after all. Part of the fantasy is just that Lennon was a wonderful person in every way, that he understood love and life and remains in a position to offer sage advice. Lennon spoke against the Vietnam War, wrote utopian songs, and then was tragically murdered. If Beatles fans, and movie fans, want a cleaned-up, Buddha-like Lennon who embodied the virtues he claimed to embody, where’s the harm?

Part of the harm is that some of Lennon’s victims are still alive. Julian Lennon has talked about how he feels when he hears people claim that his father is a kind of paragon. “I have to say that, from my point of view, I felt he was a hypocrite,” Julian said in a 1998 interview.

In that context, Yesterday comes across as just another random fan telling Julian that the way his father neglected him doesn’t matter.

Julian’s not the only one this hurts. The impulse to beatify beloved artists erases and endangers victims more broadly. Accusations of sexual abuse circulated about Bill Cosby for many years before they were taken seriously because people didn’t want to believe that a comedian they loved and admired was a serial rapist. Similarly, fan enthusiasm for the art of Michael Jackson, R. Kelly, Harvey Weinstein and Bryan Singer allowed all of them to harm others with impunity.

Turning Lennon into a saint seems especially misguided since he warned over and over throughout his career of the dangers of doing just that. “God is a concept by which we measure our pain,” he declared on his Plastic Ono Band album. He added a pointed dig at overenthusiastic fans, “I don’t believe in Beatles.” In his huge post-Beatles hit “Imagine,” which weirdly is not mentioned in Yesterday, Lennon suggested that the world would be better if we “Imagine there’s no heaven.”

Lennon’s utopian iconoclasm is part of the reason he’s so venerated. But you don’t really honor an iconoclast by setting him up as an icon. In turning Lennon into a bland symbol of rom-com bliss, Yesterday retcons into oblivion not just his abusive past, but his restless politics, and radical message. The film’s protagonist reproduces The Beatles massive success but he doesn’t suggest, as Lennon did, that he might mean more to young people than Jesus — an assertion that prompted a firestorm of criticism and led to organized burnings of Beatles records. Lennon’s legacy is cleaned up and polished so that it can’t offend anyone or disrupt the glibly cheerful progress of the Hollywood-produced sugar rush.

Erasing Lennon’s flaws is unfair to those who had to live with him and rely on him, and it’s unfair to him and his art as well. Yesterday tries to create a sunnier present by cleaning up the past. But the world isn’t better when the story of Lennon’s family is forgotten.

Astral Chain Started as a Fantasy

Journey to the Savage Planet Interview – A Charming Adventure Awaits