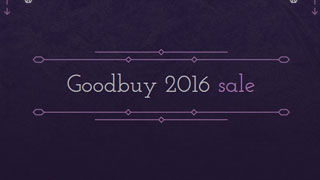 There’s another holiday game sale on, and this one is completely DRM free.

Its that time of year when it seems like everything is one sale, especially games. Yesterday, we told you about a bunch of game sales, but of course there’s another sale that’s kicked off since then. This one lets you buy your games DRM-free thanks to GOG.com.

In addition, GOG has brought back its host of buildable bundles, with discounts up to 90 percent in some cases. Also of note is all of the DLC for The Witcher 3: Wild Hunt, including the Expansions Pass, is 40 percent off. You’ll also see deals on Neverwinter Nights 2, Homeworld Remastered, Rebel Galaxy, The Elder Scrolls: Morrowind, Grim Fandango Remastered, and Fallout 1 & 2, just to name a few.

The sale is more focused than the Steam sale, but if you’re looking to pick up any of the games they’re offering sans DRM, you’re in luck. The sale will run through December 28 at 6 PM ET. You can check out all the deals at GOG.com.