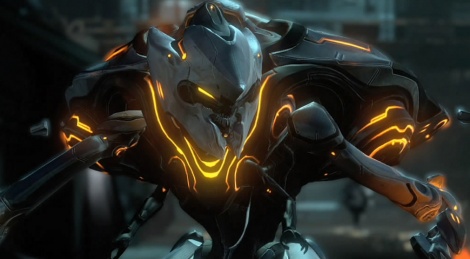 It’s the last column of 2014, and in keeping with the rules of my old middle school, this is the day we get to bring in games. You may remember a while back, I was frothing about a Grand Unifying Theory for game story crossover in a Wold-Newton family / League of Extraordinary Gentlemen vein, which I obsessed over for about two weeks before mysteriously losing interest. I think I grew embarrassed by my own enthusiasm. I was almost resolved to sit on my notes forever, but then I figured, hey, if the enthusiast press can’t get weirdly enthusiastic about things once in a while, then who can?

So I’d like to share some more of those notes, and I’m justifying it by turning it into a fun exercise for the reader. The following text references the stories of 55 games (not counting repeats) by my count. If you can name them all, then you win, I dunno, bragging rights.

So to bring you back up to speed, the core of the Grand Unifying Theory, the common element that exists in all games, is ‘Red’, a substance found in most foods and all first aid kits that instantly heals living tissue. A fossil fuel deriving from the petrified bodies of magical beings from before recorded history. One of these was a race of empowered humanoids usually called ‘Gods’ but by more scientific minds as ‘Forerunners’ or ‘Those Who Came Before’. Most of this race was wiped out by some kind of cataclysm, referenced in some sources as ‘the Fall of Lavos’, during which some kind of celestial body struck the Earth in the time of an unthinkably ancient civilization. The impact was so devastating that time itself splintered, creating a strange recurring time loop of the preceding three days, although some scholars attribute this strange effect to the so-called ‘Black Marker’ that modern archaeologists discovered in the impact crater.

The disaster was (appropriately enough) foreseen by some of the Forerunners, who escaped the Earth on a vast, circular ship called either the ‘Halo’ or the ‘Sphere’ (they may not have created it, but were hitching a ride with a sympathetic alien intelligence). A handful of Forerunners survived the cataclysm, and lasted into classical antiquity, at which point most of them were wiped out by a lone Spartan warrior who had unknowingly tapped into Red’s effects by tattooing himself with it. The Forerunners left behind a great many supernatural minions, most of whom then fled to Europe, and ended up in ancient Britain by getting caught up in the retreat of Boudicca’s army after the failed siege of Rome. The island would become a magical battleground for centuries, being renamed Britannia and Daventry at various times before settling on Albion.

Most of the Red sold commercially today comes from sub-oceanic seams, as we established last time, as well as that it was first refined into the perfect healing formula in the 1960’s by a mercenary in the Gravel Wars. A German scientist and former Assassin who had previously researched under Wilhelm Strasse, and who was sent to America by his mentor. Ostensibly as a spy, but in truth, Strasse was exiling him, suspicious of his refusal to join the Nazi party.

Today, Red is recovered from the ocean floor with industrial rigs, such as the ones off the coast of Panau, and processed in facilities such as the Virility plant in Limbo City. But the almost universal use of Red in the modern age has not gone without criticism. Many have complained that the presence of the miracle substance has made the medical industry complacent, resulting in even untrained morons with a severe lack of manual dexterity being able to open surgical practices. Indeed, an investigation of the so-called ‘elite’ medical organization ‘Caduceus’ revealed that many staff members had irresponsibly small amounts of actual surgical experience. 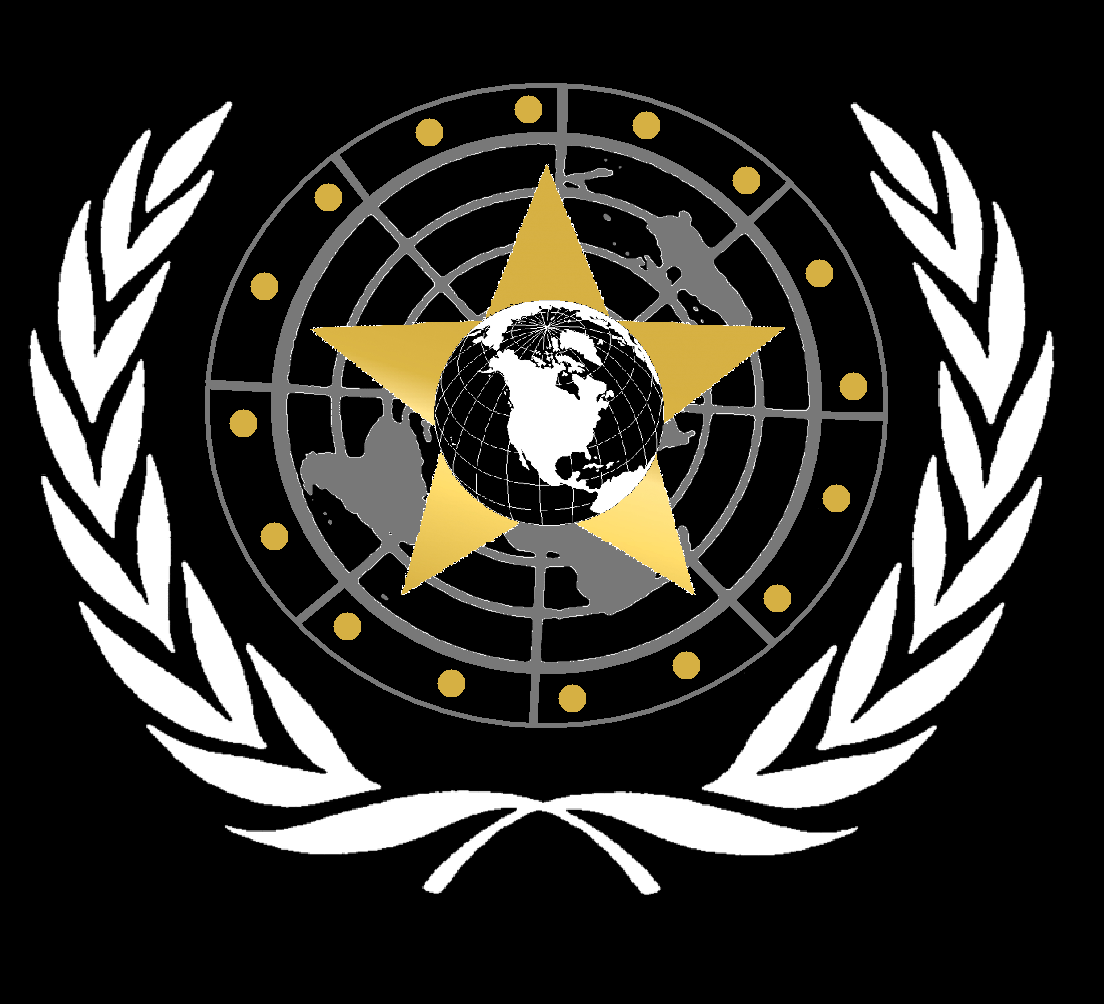 Much has also been made of the detrimental effect certain concentrations of Red have been shown to have on the human mind. Many individuals who demonstrate natural Red infusion also have sociopathic tendencies, a reckless disregard for the lives of themselves and others, and a pathological tendency towards theft and property damage. This was successfully proven by attorney P. Wright in his landmark defense of two individuals accused of causing irresponsible damage to priceless historical artifacts (Croft and Drake vs. the Libertonian Museum, 2010).`

The maddening effect seems to be exacerbated when Red is contaminated by industrial pollutants, creating what is called the ‘Brown effect’, which can cause mass outbreaks of mental illness. The FBI has conducted considerable research into the ‘Brown madness’ afflicting homeless populations in the cities of Metro, Carcer and Baltimore. It has also been blamed for the mass hysteria in post-sandstorm Dubai that affected the U.S. military during their repeated attempts at disaster relief (firstly by Colonel John Konrad and later by Captain Martin Walker, whose brother Tom first witnessed the sandstorm during a Navy SEAL anti-terror operation).

On that subject, the constant squabbling over Red supplies is one of the main causes of modern global conflict, most notably the feud between Russia and the West, exacerbated by numerous causes of tension in the Middle East (including a campaign of violence carried out by American hip-hop artist Sam B in a dispute over a diamond-encrusted skull) and then spiraling out of control after an American-backed terrorist assault upon Moscow airport. Events threatened to become a Third World War when Sedaristan was pulled into the conflict, followed by China, after the coup d’etat by Admiral Chang. The war was eventually resolved, but the United States was then exhausted and unable to defend against a dual invasion by the Korean People’s Army on one front and the South American Federation on another, both of whom were seeking access to the large seam of Red under the Atlantic.

The Korean and South American forces were repelled after the EU Defense Council hired numerous private military contractors to assist the stricken US. These included Trans World Operations, Artemis Global Security, the Association of International Mercenaries, ARGUS, Maverick Security Consulting, Executive Operations and Belltower Associates. The last of these chased the Korean forces back to Asia and gained such wealth that they were able to exert a great amount of influence upon China in the power vacuum left behind after Chang’s coup (partly thanks to the crippling of the Chinese stock exchange by the Cordis Die movement), and this sparked a global dominance by PMCs for a short time that ended after the mysterious failure of the universal ‘Sons of the Patriots’ system.

In addition, the presence of Red, as well as the evident expertise with which humanity wields it, is one of the main factors that makes Earth of constant interest to invading alien armies, such as the Combine, the Sectoids (aka the Furons), the Ceph, MENTAL, the Chimera, Outworld, the Vorticons and the Zin, as well as lesser annoyances such as the wandering dimensional fulcrum known as ‘Columbia’. The threat grew by such a degree over the course of the late 20th century that the United Nations were eventually forced to reinstate XCOM, the UFO task force that had existed briefly in the 60’s before being absorbed into the fledgling United Nations Anti-Terror Coalition (UNATCO). It was only after the invasion by the Zin, seen off personally by the President of the United States, that the alien threat gained enough public awareness that XCOM could receive the funding to expand into the larger Earth Defense Force.