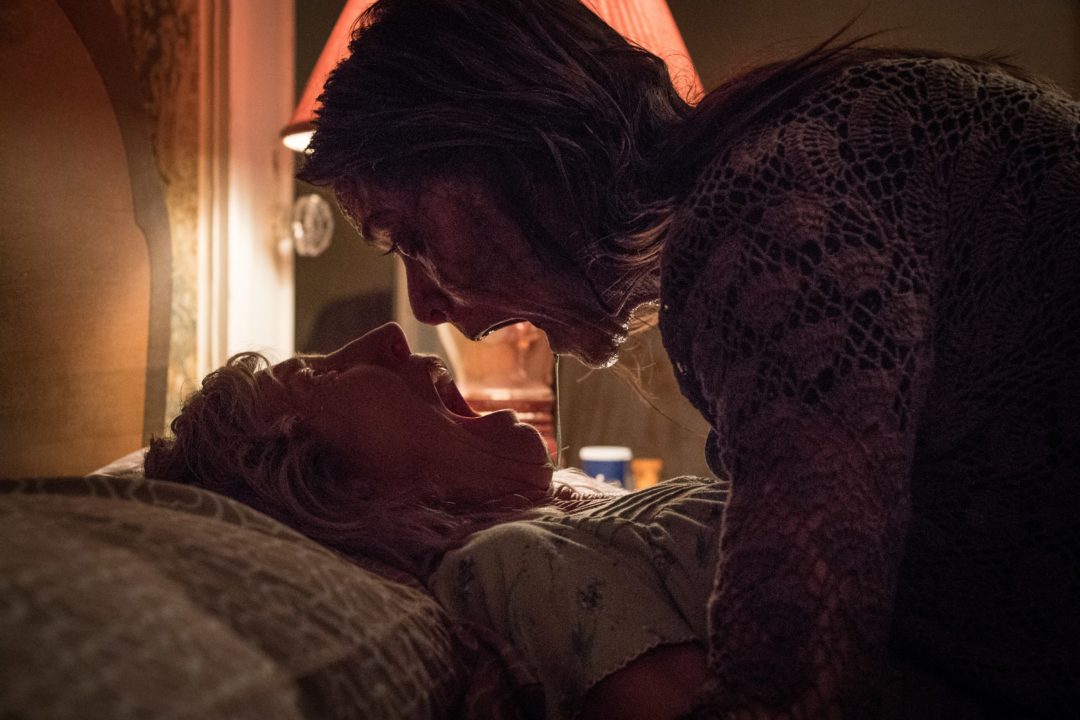 It’s been a decade since we received an English The Grudge film, but a trailer for the reboot of the franchise shows that the series is looking to curse a few more unwitting horror movie idiots as Sam Raimi takes over producing the franchise.

The series, which was birthed itself from a Japanese horror film, drastically lost its way when it made the jump to Hollywood, but this new take is looking to return the series to its original quality with Nicolas Pesce both writing and directing.

The movie focuses on three separate people who have somehow been involved with the house and how the curse is terrifying them while a detective attempts to put together the pieces of what is going on. Despite the close relationship with the first movie, the film is evidently not a reboot but part of the “anthology” series that both the Japanese and American films were part of. Given the time since the last film and the iconic moments scattered throughout the trailer, it does feel a bit rebooty, though. However, with Raimi producing and a truly amazing cast that includes Andrea Riseborough, Demián Bechir, Betty Gilpin, Lin Shaye, John Cho, Jacki Weaver, and William Sadler, the entire tone feels more like a wonderful mix of Drag Me to Hell and Hereditary.

The trailer itself reveals plenty of scares and a new take on the weird sound the long-haired ghost lady makes, which might annoy Grudge purists (if there are any) but really does help the movie set itself apart. There isn’t too much revealed about the plot itself except for the police procedural aspects, but this trailer takes a cue from recent “art house” horror films like The Lighthouse or Midsommar and aims for tone over story. It’s impossible to tell if the film will play out as uniquely and psychologically terrifying as those two movies, but it’s a far better way of marketing the movie than trying to attach it to the style of the 2000s Japanese horror boom.