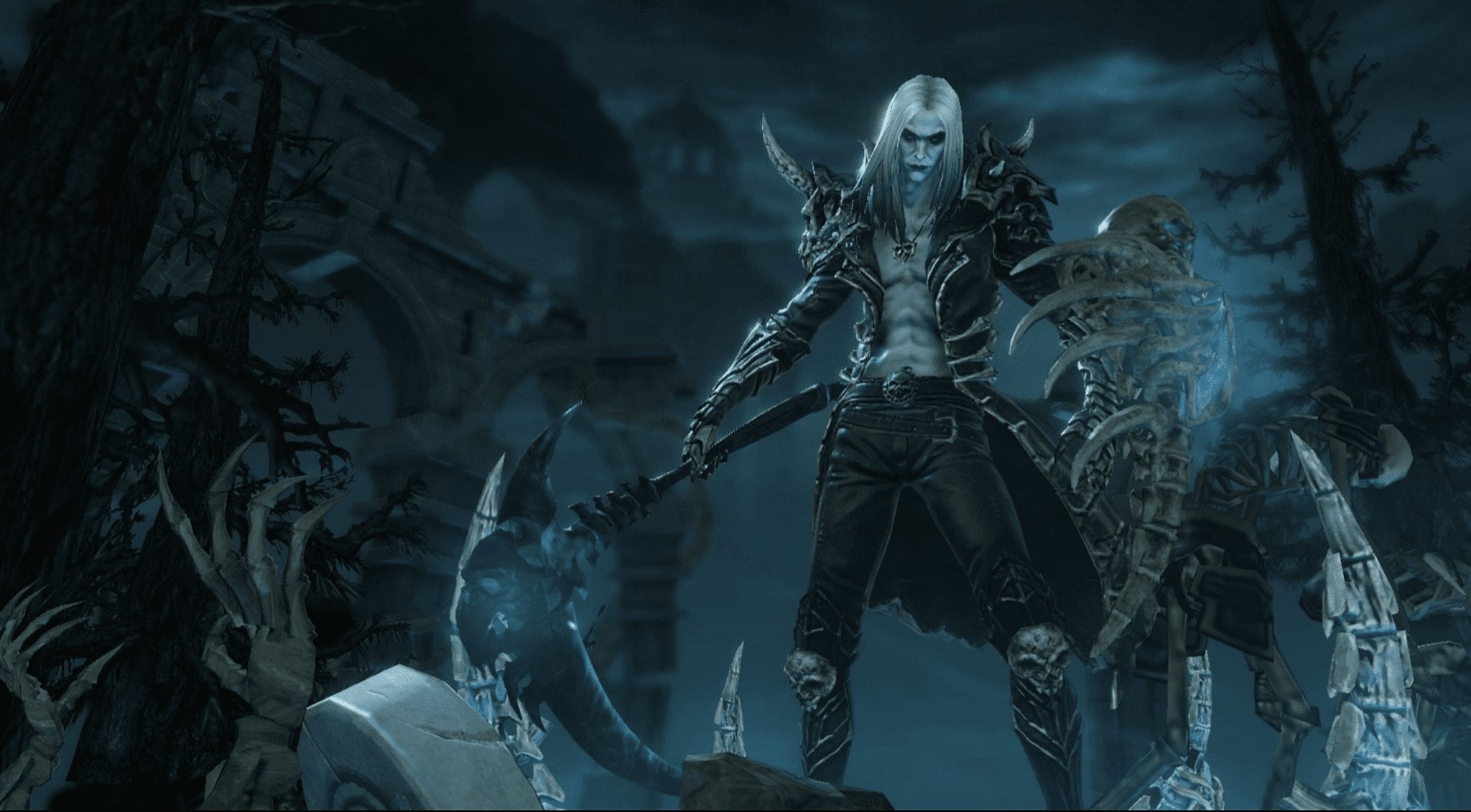 The big news last week was the controversy surrounding Blizzard Entertainment after they showcased a free-to-play mobile game as the headlining title at their convention. Fans were unhappy. Some were even offended. If you missed the story or need a refresher on the details, Russ Pitts can bring you up to speed. That same week, Bob Chipman gave his take on it where he posed the perfectly reasonable question, “Why get mad about this?” Bob gave his take on where he thought the ire was coming from, so I thought I’d do the same.

I’m wary of terms like “hardcore” and “casual” because they’re loaded terms that tend to start fights. I dislike the notion that one particular style of play makes you more of a gamer than another, or that people that play certain games don’t count as gamers. The problem is that we don’t have more neutral terms for these groups. We all recognize that hardcore and casual gamers are different groups of people with different playing habits and spending patterns. We need to use labels to talk about them if we’re going to have a rational conversation about this industry, but those same terms are often hijacked and used as a form of community gatekeeping. This is ugly and it tends to derail the discussion.

Having said that, it’s important to recognize that we are talking about two very different groups of consumers here. There’s very little overlap between the people who’ve been playing StarCraft since 1998 and people who routinely dump money into Candy Crush Saga. Both are groups of people who enjoy games, but they’re still two entirely different groups. Blizzard was marketing a mobile game to people largely uninterested in freemium mobile gaming. I don’t think it’s unreasonable for the people who spent hundreds of dollars to attend Blizzcon to assume that the show will be designed for them and not aimed at some other absentee group.

Imagine a Star Trek convention where Paramount promises to unveil something new, and then it turns out to be a trailer for an upcoming Transformers movie. The crowd isn’t upset that this thing exists, they’re upset because this is not what they’re here for. This is a crowd dedicated to a very particular niche, and the presenter is selling them something that runs directly counter to their tastes. They traveled all this way only to discover the big surprise is that they get to watch a commercial aimed at some other group of people. This shows that either Blizzard doesn’t understand their audience, or they don’t respect their time.

On it’s own, this is enough to generate some controversy. However, the problem actually runs a little deeper. To understand it, we need some context. Like I said above, a lot of people are examining this through the lens of the hardcore vs. casual market, or perhaps as a conflict between mobile gaming and everything else. That’s a valid way to look at it, but I think it can help if we realize that the Blizzard audience skews heavily towards the PC as their preferred gaming platform.

The PC gaming scene is a strange place. I know for years we’ve had the dueling memes of PC Gaming is Dead and The Glorious PC Master Race. These quasi-jokes have been used both sarcastically and earnestly to either mock or celebrate PC gaming. The PC is the only open gaming platform, and a lot of game developers began their career making mods or total conversions for PC-based titles. It’s the one platform for people who like to tinker and experiment with upcoming technology. Things like 4K gaming, VR, 60 fps, and streaming all began as homebrew PC projects before being embraced as commercially viable.

I’m not trying to convince you that the PC is best. My point is that the PC is different from the other platforms, and it offers a few things that you can’t get elsewhere. I can understand why the majority of people would prefer to play a game on a straightforward machine where you don’t have to install graphics drivers and play tag with Windows Update. Sometimes after a long day you’re not in the mood for a technology puzzle and you’d rather just play your video game in peace. But if you’re into tinkering, modding, and a do-it-yourself aesthetic, then the PC gives you something you can’t get anywhere else.

A lot of major developers began as PC-exclusive teams in the ‘90s and then pivoted towards consoles once that proved to be a more lucrative market. That’s an understandable decision from a business standpoint, but that kind of thing did leave the long-term PC fans feeling jilted.

One notable example is what happened to the Deus Ex franchise. In 2000, Deus Ex exploded onto the scene with enormous sandbox levels, a sprawling cast of characters, a large collection of skills and augmentations that could radically change how the game played, and an interface that leveraged the mouse and keyboard to give the player lots of options in combat. In 2003, we got Deus Ex: Invisible War, which was designed to run on both the PC and the nascent Xbox. Due to the memory limitations, the once-sprawling levels were reduced to comically linear corridors that destroyed the central appeal of sandbox-style exploration and experimentation. The world felt uninhabited due to the lack of people. The interface was somehow both insultingly simple and annoyingly counterintuitive. Without all those keyboard keys available, the player no longer had access to a large number of varied abilities. The game had been designed with the controls and memory limitations of the consoles first, and then crudely shoved over to the PC. It’s not fair to blame all of Invisible War‘s problems on the console port (it also had an inexcusably short development cycle) but that was one of the factors contributing to the game’s downfall.

Having a disappointing sequel isn’t the end of the world. It’s happened to a lot of great games. The problem for PC gamers was that this inferior game sold better than the original! It’s one thing if a developer does something that’s not for you, but it’s another if they take something you loved and turn it into something you hate and end up discovering a larger and more lucrative audience in the process.

It’s not that PC fans were mad that “other people” were playing “their” games, they were mad that “their” games were no longer being made. Gameplay was being changed to suit the needs and sensibilities of the console market. Id Software and Epic Games took their infinitely moddable, lightning-paced, twitch-aiming, hyper-vertical, ultra-violent shooters and got rid of everything except for the “violent shooter” part. Games changed, and the consoles led the way. Games were designed with controllers as the de facto standard, and support for mouse and keyboard was added as an afterthought. There are plenty of games on the PC these days, but very few of them leverage the strengths of the platform.

Nobody is the bad guy here. This is just a simple reality of economics. All the same, PC fans have become a little sore after 15 years of being dumped by one studio after another.

Blizzard is the last of the great PC developers. They’re the only big studio releasing games that are unabashedly made for PC first and foremost, and they’ve been getting rich in the process. StarCraft II plays just like a mouse-and-hotkey based game should. Diablo III does have controller support for the consoles, but if you’re on a PC it still has the same mouse-driven interface that made the original Diablo such a smash hit back in 1997. World of Warcraft is inexorably linked to the personal computer and I can’t imagine how you could put it onto a console without gutting the gameplay. Hearthstone is based around a click-and-drag interface, which is why it only exists on the PC and mobiles and doesn’t have a console release. This is the one company that understands the PC ecosystem and is able to get the most out of it.

While I’m sure lots of folks at Blizzcon own consoles, the Blizzard catalog is overwhelmingly PC-centric and thus the crowd was predominantly PC gamers. Blizzard decided to unveil a freemium mobile game to this crowd of dedicated PC enthusiasts. This wasn’t a quick aside. This was the centerpiece of the show.

Not only that, but this game isn’t even being developed by Blizzard. It’s being licensed to a third-party developer that specializes in mobile titles. Blizzard is famous for having ridiculously polished games, which is a big part of the lasting appeal of their titles. If this mobile game is being developed by a third party, then the players don’t even have that great Blizzard quality to look forward to. There are already a ton of Diablo clones on the mobile scene. All this means is that eventually we’ll have one that’s actually called Diablo, but it won’t necessarily have the quality associated with that name.

Of course fans were mad. The company was announcing they were going to serve a totally different market, and they expected attendees to applaud for it.

The main counterargument goes, “You don’t need to play it, so why get mad about it?” This is missing the point. The problem isn’t that Blizzard is making a mobile game. The mobile market is lucrative and getting into it is a smart move. Mobile games now comprise about half the industry, with PC and consoles sharing the other half. Making a mobile game makes sense. Expecting your longtime PC-based fans to be excited about it does not.

One of the things that has people worried is that Activision Blizzard is a company with a dual personality. Sometimes the Blizzard personality is active, and they deliver amazingly popular, lavishly polished products. Sometimes the Activision personality is in charge and you get the famously litigious barely-competent jerks that turn popular franchises into garbage shovelware. Normally a developer is subsumed by their publisher as the corporate culture percolates down through the layers of management. That’s how you get things like Maxis trying to turn SimCity into an MMO or BioWare turning their talky roleplaying game into an online action shooter. Developers tend to favor decisions that their boss will approve of, so eventually the people making decisions near the bottom will start behaving like the people at the top. Blizzard seems to be the exception to this rule. It’s been 11 years since Activision merged with the Blizzard holding company, and since then Blizzard has retained its own values and corporate culture.

Expecting the PC gaming crowd to cheer for a freemium mobile game is so unexpected that I think a lot of folks are worrying that the Activision personality has begun to assert itself within Blizzard.

I’m not suggesting that Blizzard would stop making making PC games entirely, just that this could indicate a change in priorities. Maybe it sounds crazy to worry about Blizzard ditching their long-term fans based on the reveal of a single game, but it’s not like this would be the first time a diehard PC developer left the platform for greener pastures. More importantly, this isn’t just about Diablo. It turns out that Diablo: Immortal is just the first of many mobile titles the company is developing.

I have no idea what’s going on inside of Blizzard or how they miscalculated so badly. Let’s hope this controversy was a one-off thing and they’ll be back next year with products for the people who showed up for the event.

The ‘Avengers’ That Almost Was

Stan Lee’s Greatest Creation Was Himself