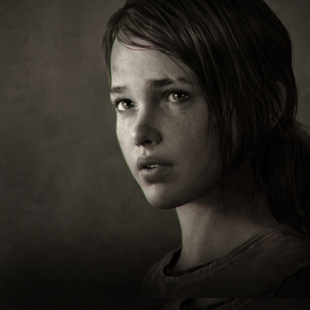 According to actor Ashley Johnson, Left Behind will give players a chance to “meet the real” Ellie prior to the horrors of the main game.

Back in November, Naughty Dog offered gamers their first real look at the Left Behind DLC for the studio’s acclaimed game The Last of Us. Following a slightly younger Ellie, it was revealed that the new content would focus in on her and her best friend Riley, whom players heard about briefly in the game’s main story.

Commenting on the DLC recently, actor Ashley Johnson shared more details about Left Behind and what players will stand to learn about Ellie and the circumstances that made her who she is. “You kind of get to meet the real her,” said Johnson. “You’ll definitely see a more playful side to Ellie and get to know her a bit better. You’re going to see a lot of different sides to the character that you definitely didn’t see in The Last of Us.”

In turn, players can expect Left Behind to have a tone somewhat contrasting the grim narrative of the main game. “It’s definitely different,” she said. “It’s a little bit more ‘fun,’ because you have two teenage girls going through a mall. It’s kind of like a post-pandemic version of two teenage girls hanging out.” That said, players can still expect the game to fall in-line with their prior experiences with The Last of Us, especially in terms of gameplay. “You’ll engage in combat that seems familiar from the original campaign, but there are some new touches and nuances, too.”

All of this should hopefully add up to a DLC experience that will do well at complimenting the main game while also giving players new insight into the world that Joel and Ellie fought through in its the story. Naughty Dog, of course, still hasn’t revealed a release date for Left Behind but with its launch pegged for early 2014, we shouldn’t have much longer to wait.