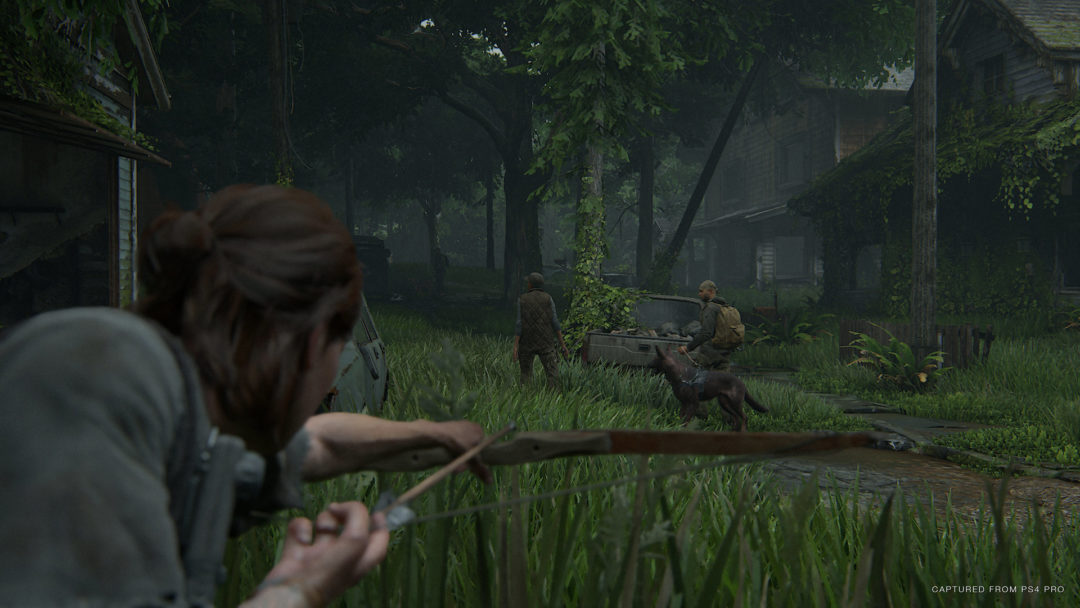 New information is beginning to trickle out about Naughty Dog’s upcoming The Last of Us Part II (beyond its lack of multiplayer). A post on the official PlayStation blog details several of the additions and modifications being made to the Last of Us formula for its sequel.

Ellie, who has been upgraded to main protagonist, will be much more limber than the middle-aged Joel was in the first game. Ellie can jump to reach high ground or cross small gaps, which will give the game’s environments the freedom to expand both vertically and laterally. She can also dodge incoming melee attacks instead of just taking them on the chin like her old mentor used to.

Ellie’s stealth options are more robust than Joel’s were too. In Part II Ellie will be able to drop to her belly to crawl through tall grass or narrow passages. Improvised silencers will play a larger role in the game and can be crafted with the new “canister” material type. In a leaked gameplay video, Ellie uses a pistol that’s been silenced with a plastic water bottle.

Ellie may have an expanded repertoire of stealth abilities, but her nemeses have stepped up their game as well. Bands of enemy survivors will now use dogs to hunt Ellie by tracking her scent, which she can check using the returning Listen Mode mechanic. If a dog catches Ellie’s trail, it will hunt her down no matter how well she’s hidden herself.

Dogs aren’t the only addition to the game’s bestiary either. A new type of infected, the grotesque Shambler, will make its debut here. Shamblers will spray a toxic gas if Ellie gets too close to them and will explode once killed.

The Last of Us Part II will also include some light RPG elements. Ellie’s abilities can be upgraded along numerous paths, including her survival skills, crafting abilities, and stealth chops. Some promised upgrades include straightforward increases for her health, improved Listen Mode range, farther throwing distance, modifications to crafting recipes, and a faster prone movement speed.

Sekiro Mod Lets You Play (and Die) in First Person